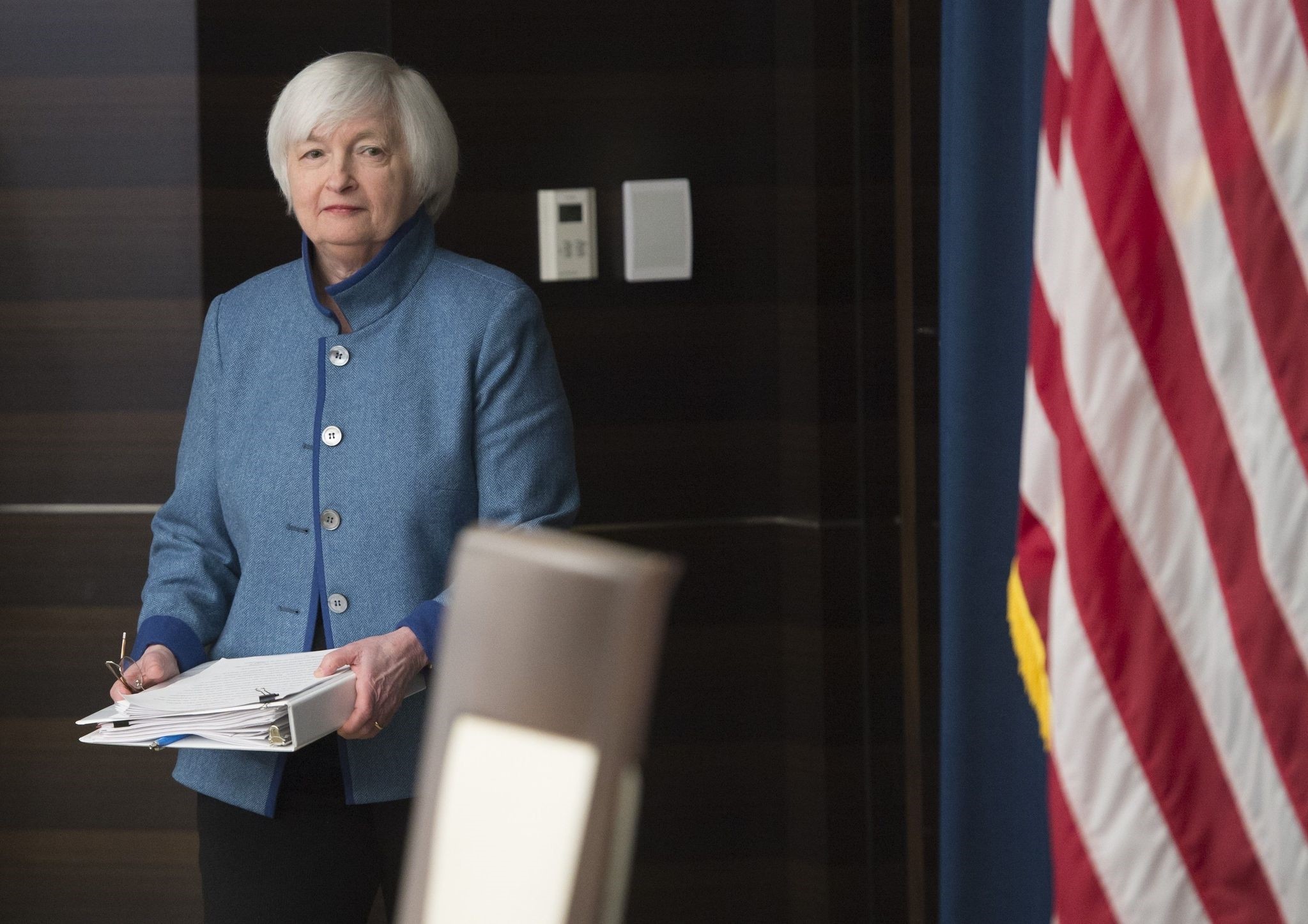 Federal Reserve Chair Janet Yellen arrives to speak during a press conference following the announcement that the Fed will raise interest rates. (AFP Photo)
by Compiled from Wire Services Dec 14, 2016 12:00 am

However, when asked if Trump's proposals influenced the rate hike decision, Yellen said there was some discussion on the matter.

She also noted that any increased spending by the incoming Republican administration of President-elect Donald Trump could impact how the Fed adjusts interest rates going forward, but cautioned it was too soon to speculate.

Median projections released after the Fed meeting that ended Wednesday indicate that Fed officials expect three rate hikes in 2017, up from two increases in the federal funds rate in their prior quarterly projections.

Yellen attributed the increase to the 4.6 percent unemployment rate and possibly some changes in federal budget policy beginning next year, although she emphasized that any changes to the projections were "modest."

"This is a very modest adjustment in the path of the federal funds rate," Yellen said.

Wednesday's decision was unanimous among the 10 central bankers with votes this year, including three regional Fed presidents, Loretta Mester, Eric Rosengren and Esther George, who each cast a hawkish dissent against the Fed's decision in September to stand pat.

They are among the four to rotate out of the Federal Open Market Committee (FOMC) next year, replaced by ardent dove Chicago Fed President Charles Evans and three first-time voters who became Fed presidents in the last 18 months. This trio, Patrick Harker, Robert Kaplan and Neel Kashkari, have urged only gradual rate hikes in past speeches.

Macroeconomic Advisers, a research firm that publishes a 1-to-10 "voting index," estimated the FOMC will edge toward the dovish end of the scale at a 3.8 reading next year, from 4.2 now. "Dissents in favor of a slower pace of hikes from some of the most dovish members are ... a possibility," it said in a note.

Still, Trump will likely name more conservative governors next year and replace both Yellen, assuming she does not stay on as Fed governor when her term expires, and Vice Chair Stanley Fischer in 2018.