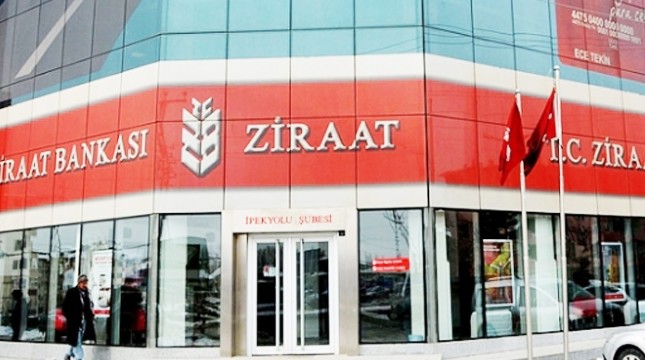 Brand Finance has recently released the list of 500 global banks with the highest brand value. The brand value of 10 Turkish banks in the list reached $10 billion, while Chinese banks outperformed the U.S. banks suffering from scandals

The London-based Brand Finance, an independently branded business valuation and strategic consultancy company, released its report on the world's 500 banks with the highest brand value. According to the list in the report, the brand value of the top 500 global banks increased to $1.74 trillion while the brand value of 10 Turkish banks exceeded $10 billion. According to the survey, Akbank has kept its title as the most valuable banking brand in Turkey at approximately $1.6 billion, followed by Garanti Bankası with a brand value of $1.5 billion and Ziraat Bank with $1.3 billion, which has shown a 39 percent increase compared to the previous year. Türkiye İş Bankası ranks fourth among Turkish brands with a brand value of $1.3 billion, followed by Yapi Kredi with $951 million, Halkbank with $806 million, VakıfBank with $594 million, DenizBank with $343 million and TEB with $210 million in brand value.

ICBC is the fastest riser

As the report very well frames, 2017's Brand Finance Banking 500 sees a major development this year. For the first time, the company reports, a non-western brand tops the table. Chinese banks' brand value growth has been rapidly outperforming that of European and North American competitors since the study's inception. 2017 witnesses this major trend, as ICBC becomes the world's most valuable banking brand and total Chinese brand value outvalues that of the U.S,

As the report very well indicates, 2017's Brand Finance Banking 500 foresees major development this year. For the first time, a non-Western brand tops the table. Chinese banks' brand value growth has been rapidly outperforming that of European and North American competitors since the study's inception. 2017 will witness this major trend, as the ICBC becomes the world's most valuable banking brand and total Chinese brand value outvalues that of the U.S., contributed by the increasing trust in Chinese banks and increasing brand value of banks. Regarding the global brands, ICBC becomes the fastest growing bank brand in 2017 with an increase of $11.5 billion compared to the previous year. China Construction Bank ranks second in the brand growth with an increase of about $5,984 billion, followed by Shanghai Pudong Development Bank with $5,570 billion.

Agricultural Bank of China was the biggest faller in brand value with $3,753 billion, followed by Deutsche Bank with $3.50 billion, Barclays with $3.23 billion and Wells Fargo with $2.55 billion.

The total value of the Chinese banks, which have shown a strong performance for a number of years, had stood above $79.6 billion in 2012. In 2017, their brand value increased 225 percent to almost $258.5 billion in comparison to 2012 figures, thus outscoring the American banks in total brand value.

The total brand value of the world's top 500 bank brands increased by $1.074 trillion in 2017. Brand Finance's Turkey Director Muhterem İlgüner evaluated the results of the research and said there were basically two reasons for the positive development in the brand's value globally.

One of them, according to İlgüner, is the growth of Chinese banks and their rise as the most valuable bank for the first time ever. The other reason, he stated, is the increase in payments via credit cards as internet shopping spreads more and more.

Furthermore, İlgüner drew attention to the fact that trust issues were mostly overcome and the maintenance of stability contributed to the overall increase in the brand value of banks in other regions, although U.S. banks and other Western banks experienced scandals that echoed around the world.

"The brand value of Turkish banks, however, has started to decrease over the last three years. The decrease in profits, the rise in the country's risk premium and the decaying future expectations are the reasons for that trend," İlgüner added. The growth in Ziraat Bank's returns and profitability significantly increased the bank's brand value, he concluded.

How to calculate brand value of banks?

As Brand Finance elaborates on the methodology used while evaluating banks across the world, there are a couple of points the company considers, which are basically brand strength, brand loyalty, brand revenues and value. According to the report by Brand Finance, the steps in this process are as follows:

Calculate brand strength on a scale of zero to 100 based on a number of attributes such as emotional connection, financial performance and sustainability, among others. This score is known as the Brand Strength Index, and is calculated using brand data from the BrandAsset Valuator database, the world's largest database of brands, which measures brand equity, consideration and emotional imagery attributes to assess brand personality in a category agnostic manner.

Determine the royalty rate range for the respective brand sectors. This is done by reviewing comparable licensing agreements sourced from Brand Finance's extensive database of license agreements and other online databases.

Apply the royalty rate to the forecast revenues to derive brand revenues.

Brand revenues are discounted post-tax to a net present value which equals the brand value.