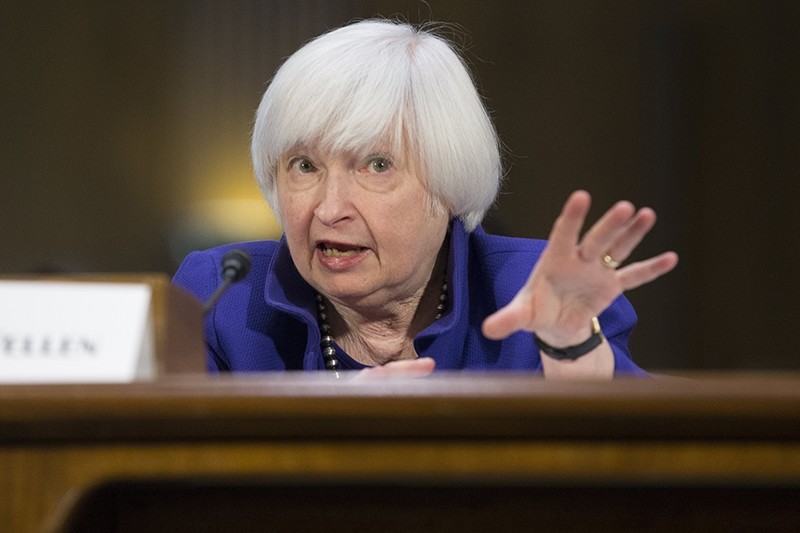 Testifying to a Senate committee, Yellen noted that Fed officials forecast in December that they would raise rates three times in 2017. That would mark an acceleration from 2015 and 2016, when they boosted rates once each year.

"Precisely when we would take an action, whether it is March, or May or June ... I can't tell you which meeting it would be," Yellen said in response to a question. "I would say that every meeting is live."

Though Yellen didn't rule out a rate hike at the Fed's next meeting in mid-March, most economists and investors think the next one will occur in June.

Some analysts say they think that while three Fed rate hikes will occur in 2017, all of them may happen in the second half of the year.

Yellen said Fed officials still think rate hikes can occur at a gradual pace. But she cautioned, as she has in the past, that "waiting too long to remove accommodation would be unwise, potentially requiring the (Fed) to eventually raise rates rapidly, which could risk disrupting financial markets and pushing the economy into recession."


Immigration curbs could slow US growth

With the U.S. population aging, the flow of new workers from abroad has been an important factor in keeping the economy expanding, Yellen said in her first testimony before Congress since Trump took office last month.

While she declined to comment on specific immigration policies, Yellen said the pool of available workers has been growing slowly "and immigration has been an important source of labor force growth.

"So slowing the pace of immigration probably would slow the growth rate of the economy."

She called the 1.9 percent U.S. growth rate last year "disappointing," and emphasized that productivity -- the ability of workers to produce more goods and services -- has lagged.

"We have an aging population and labor force growth is relatively slow, and productivity growth in recent years has been depressingly slow," which keeps economic growth low, Yellen said.

Trump's early days in office have been marked by controversy over an order barring entry to nationals from seven Muslim-majority countries, since blocked by the courts, as well as nationwide raids to scoop up and deport illegal immigrants with criminal records.