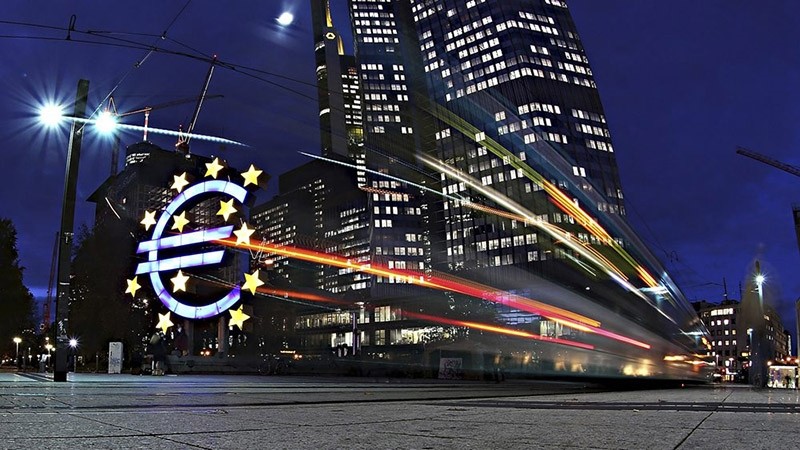 The giant Euro symbol stands illuminated outside the headquarters of the European Central Bank (ECB) on November 5, 2012 in Frankfurt, Germany. (Getty Images)
by Mar 10, 2017 12:00 am

Almost three quarters of French people are against leaving the eurozone currency bloc and returning to the franc, a survey showed on Friday, in bad news for far-right leader Marine Le Pen who advocates a so-called 'Frexit'.

Some 72 percent of the French polled by the Elabe polling institute in a survey published in Friday's Les Echos newspaper were opposed to ditching the euro and returning to a national currency, with 44 percent saying they were "very opposed".

Le Pen, one of the leading candidates in April-May's presidential election, wants to hold a referendum about France's EU membership and take France out of the euro to return to a new French franc.

Opinion polls show she would be defeated by pro-EU centrist Emmanuel Macron or conservative Francois Fillon.

However, showing the French were less enthusiastic about the European Union's current state, some 37 percent of respondents in the Elabe poll said being a member of the 28-country club had "more disadvantages than advantages".