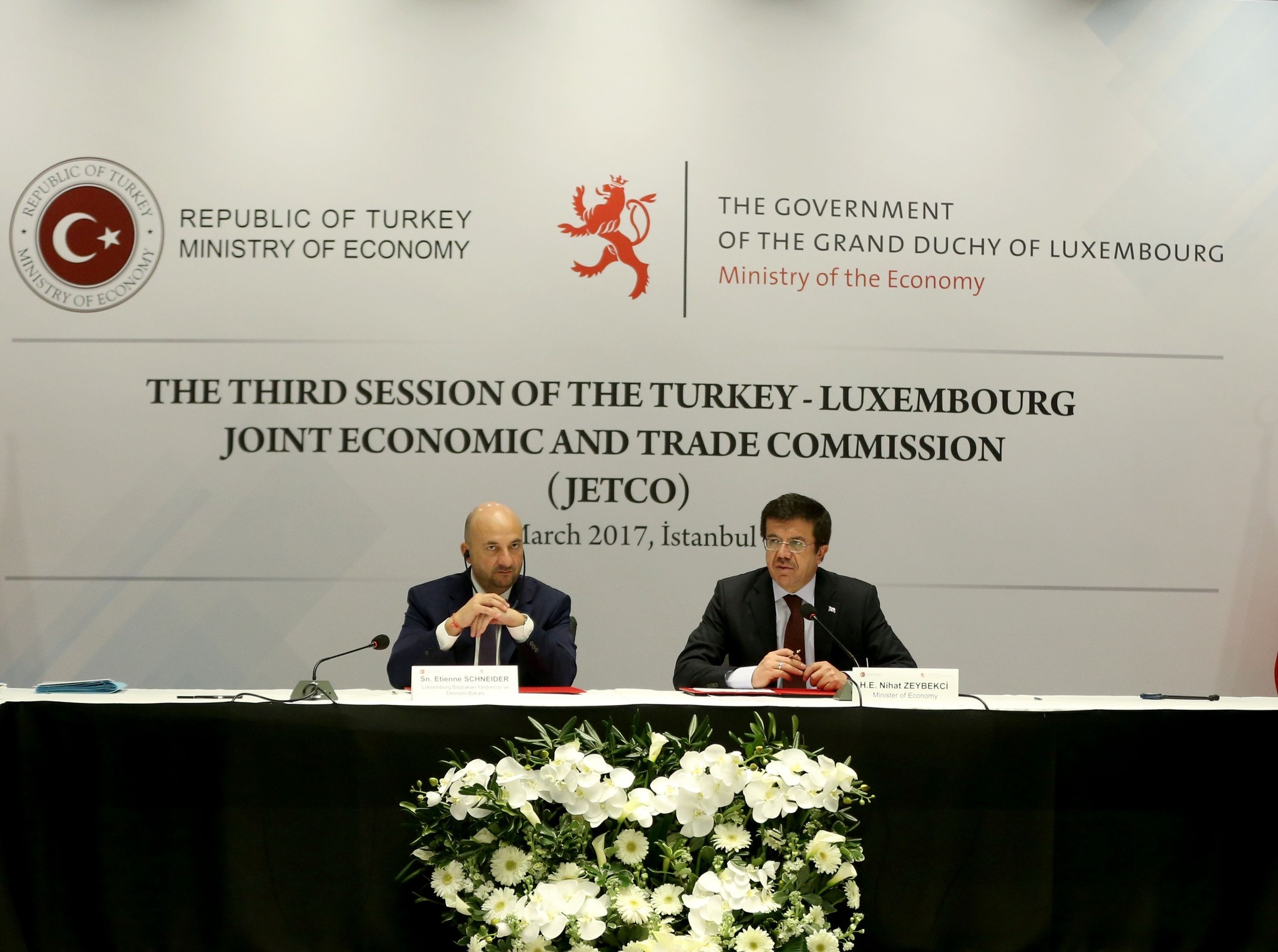 "We are a significant finance center but there is no Turkish bank in Luxembourg," he told a Turkey-Luxembourg Joint Economic and Trade Committee meeting in Istanbul.

Schneider said the trade volume between the two countries was short of its potential and ways should be sought to increase this.

"As a successful country in the logistics sector, we want to establish a solid line and relation in logistics. There are many opportunities to take the situation further. Our national air cargo company is also promoting its activities in Turkey," the minister added.

Recalling the significance of stability and predictability in investment, Schneider said people wanting to invest more in Turkey had adopted a "wait and see" strategy.

"We are sure that the difficult period between Europe and Turkey will normalize in the following months," he added.

"We want to increase it immediately," he said.

Zeybekci said the trade volume might swiftly reach $1 billion in the future.

Luxembourg has $9-billion-worth of direct investments in Turkey; the number of Luxembourgish companies in Turkey is 460.

Recalling significant export activities in the two countries' relations, Zeybekci said there was a great opportunity for Turkey's Eximbank to receive finance from Luxembourg.

Turk Eximbank is a state-owned bank that acts as the government's major export incentive instrument in Turkey's sustainable export strategy.