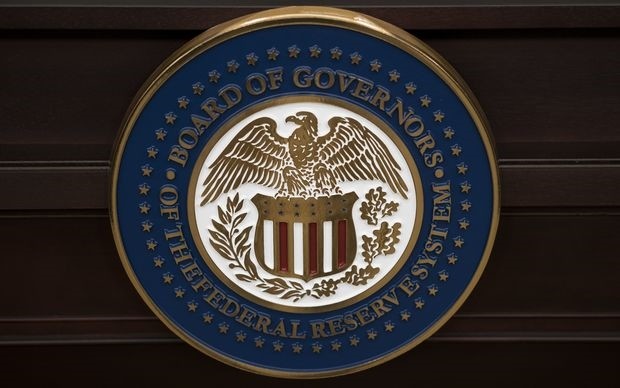 The Federal Reserve has left its benchmark interest rate at a still-low level near 1 percent while signaling that it expects a resilient U.S. economy and solid job market to justify higher rates later this year.

A statement the Fed issued Wednesday after its latest policy meeting noted that the economy slowed sharply during the January-March quarter but that it expects that slump to be "transitory."

The Fed's pause in raising rates comes after it modestly lifted its benchmark short-term rate in December and March. Most economists expect it to do so again when it next meets in mid-June.

Analysts noted that the Fed's statement Wednesday contained no surprises and did not alter their view that the central bank is on track for two more rate hikes this year.

"We still think that the Fed will hike again in June, although that assumes employment and growth rebounds in April and May," said Paul Ashworth, chief U.S. economist at Capital Economics.

Stock prices and bond yields edged slightly higher after the Fed announced its decision at 2 p.m. Eastern time. The moves might have reflected the Fed's dual message that while now isn't the time to resume raising rates, the economy remains durable enough to withstand further hikes soon.

Even after the Fed's recent increases, rates throughout the economy remain low by historical standards and are widely thought to have helped support the economy throughout the recovery from the Great Recession. Low rates have made loans relatively inexpensive, for example, for businesses and for home and auto buyers.

Nearly eight years after the recession ended, the unemployment rate is a low 4.5 percent. Key gauges of the economy — from home sales to consumer confidence to the stock market — appear robust. Still, consumer spending and factory output have slowed, and inflation remains below the Fed's target rate.

The Fed is in the midst of a campaign to gradually raise interest rates from ultra-lows. One reason for it to stand pat this week is that even though the job market has shown steady strength, the economy itself is still growing in fits and starts. On Friday, the government estimated that the economy, as gauged by the gross domestic product, grew at a tepid 0.7 percent annual rate last quarter. It was the poorest quarterly performance in three years.

Though some temporary factors probably held back growth last quarter and might have overstated the weakness, the poor showing underscored that key pockets of the economy remain sluggish. On Monday, the government said consumer spending stalled in March for a second straight month. And the Institute for Supply Management reported a drop in factory activity.

Most economists have expressed optimism that the economy is strengthening in the current April-June quarter, fueled by job growth, higher consumer confidence and stock-market records. Many think that annualized growth could accelerate to around 3 percent and that the Fed will soon feel confident to resume raising rates. The global economic picture has also brightened somewhat.

It isn't just the Fed's short-term rate — a benchmark for other borrowing costs throughout the economy — that likely occupied attention at this week's meeting. Officials probably also discussed how and when to start paring their extraordinary large $4.5 trillion portfolio of Treasurys and mortgage bonds. The Fed amassed its portfolio — commonly called its balance sheet — in the years after the financial crisis erupted in 2008, when it bought long-term bonds to help keep mortgage and other borrowing rates low and support a frail economy. At the time, the Fed had already cut its short-term rate to a record low.

The balance sheet is now about five times its size before the financial crisis hit. The Fed stopped buying new bonds in 2014 but has kept its balance sheet high by reinvesting the proceeds of maturing bonds. The Fed's thinking has been that reducing the balance sheet could send long-term rates up and work against its goals of fortifying the economy.

Now, as the Fed becomes more watchful about inflation pressures, the time is nearing when it will need to shrink its balance sheet, a process that could have the effect of raising some borrowing rates, at least modestly. The Fed jolted investors when it released the minutes of its March meeting, which showed that most officials thought that process would be appropriate later this year. This was sooner than many investors expected.

The Fed didn't clarify its timetable for paring its balance sheet in the statement it issued Wednesday. The statement said, as it has before, that the Fed doesn't expect to begin reducing its bond holdings until its rate increases are under way.

One reason the Fed didn't say more about its expectations for its balance sheet might have been that this week's meeting wasn't accompanied by a news conference with Chair Janet Yellen to explain any shifts in the Fed's policy or thinking. Yellen will hold a news conference after the Fed's next meeting ends June 14.

Some Fed officials have suggested that they would prefer not to be raising the short-term rate at the same time that they are beginning to reduce their balance sheet. Giving investors too much to digest at once risks unsettling financial markets.