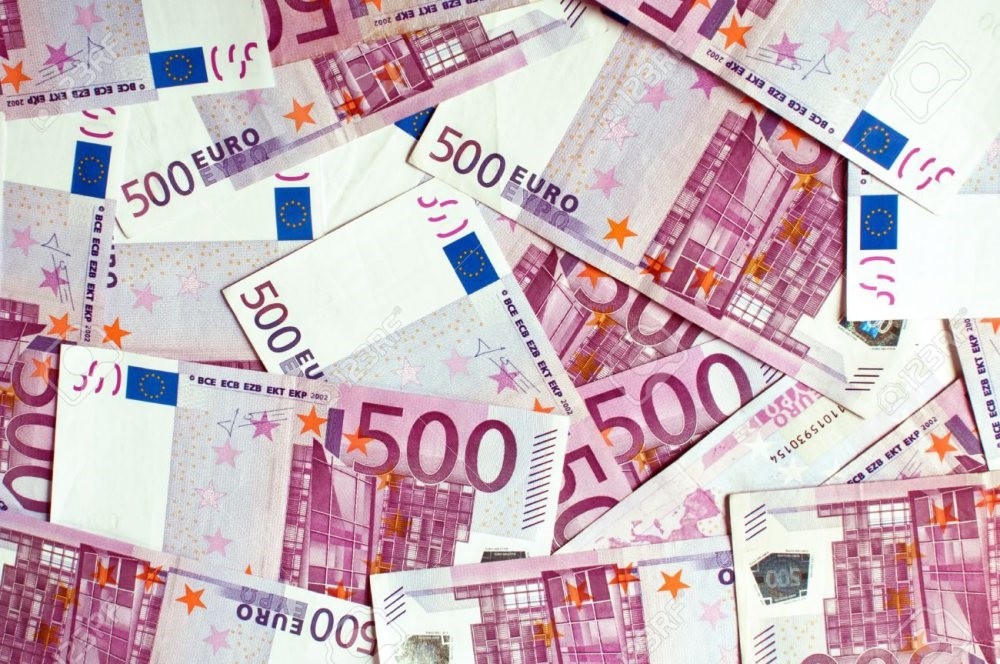 Sitting on $1 trillion in cash, European companies are now showing the strongest year-on-year growth in capital spending plans in the world. The revival is another sign of renewed optimism in the region

European firms, weighed down by sovereign debt crises, sluggish earnings and political uncertainties, hunkered down and put spending plans on hold over the past few years. Now, with the earnings outlook at its brightest in more than 7 years, borrowing costs still low and an economy gathering momentum, firms are once again looking to replace machinery and plants while governments are keen on infrastructure upgrades. As earnings season gets underway in Europe in earnest next week capital expenditures, or capex, plans will be closely scrutinised, particularly for the industrial and construction sectors. So far the signs are upbeat. Year-on-year capex growth for European companies is currently about 3 percent, easily outpacing other major regions globally.

"I do think we are beginning to see a pick-up in capex as earnings improve," Dave Lafferty, chief market strategist at Natixis Global Asset Management, said.

In a recent report, credit ratings agency Moody's found that EMEA companies' cash pile rose to nearly 1 trillion euros at the end of 2016, with the ratio of cash to revenues at a seven-year high. European companies are "warming to a culture of capex" strategists at Bank of America Merrill Lynch said in a note. They expect the median capex at large European corporate borrowers to rise by 20 percent this year. The possibility that borrowing costs, held down by ultra-loose monetary policy by the European Central Bank, may start to rise as the ECB prepares to roll back stimulus measures could further see companies lock in cheap financing.

"If ... there are maintenance, capex projects that the company knows it's got to undertake in the next few years, it's probably not a bad idea to try and get the financing in place while the cost of debt is still very low by historical standards," Liam Nunn, manager of the Old Mutual European Equity (ex. UK) Fund, said. A shift in investor sentiment is also spurring capex.

Till last year, when the growth outlook for Europe was at best murky, investors were loathe to reward expansion plans and instead favoured companies that paid out earnings in dividends or buybacks. However, with equity valuations now above long-term averages, buying back shares is becoming expensive.

"CEOs have become very addicted to the buyback phenomenon and I think almost by definition that needs to fade a little bit, because CEOs aren't going to get the same bang for their buck," Lafferty added. European shares trade at around 15.2 times forward earnings, above their 30-year average of 14 times, according to Thomson Reuters data.

Some firms' unwillingness to spend big stems from unhappier times. The mining sector's rout in 2015 and 2016 is still too fresh a reminder of what can go wrong if firms take on too much debt and grow aggressively. Large firms such as BHP Billiton and Glencore were forced to cut or scrap dividends and sell assets to raise cash as falling metals prices and lacklustre global demand left them stretched. Analysts do not expect the commodity sectors to provide the fillip for capex this time around.

Instead, the pick-up in capex is expected to focus on infrastructure spending, with firms investing in new equipment and technology. Infrastructure spending in particular is at the fore of governments' minds as a way to boost growth. Earlier this month Spain announced a 5 billion-euro public-private investment programme for highways, its biggest since an economic slump ended four years ago. German Chancellor Angela Merkel has been under pressure to boost investment in infrastructure to reduce the country's record surplus ahead of a federal election in September.

In France, newly-elected President Emmanuel Macron has pledged to cut corporate taxes and ease regulations as part of a business-friendly agenda, pledging 50 billion euros for public investment over five years in his manifesto.

"If you really are a bit more confident that this economy has resilience to it, and that this growth story has resilience to it, perhaps you will therefore then have the confidence to do capex rather than just buy other companies," Robert Griffiths, global equity strategist at Credit Suisse, said. Some skeptics remain, however. European capex plans have had a false dawn before. A recovery in spending plans in 2015 was cut short by worries around Brexit, Greece and bad debts in Italy's banking system.