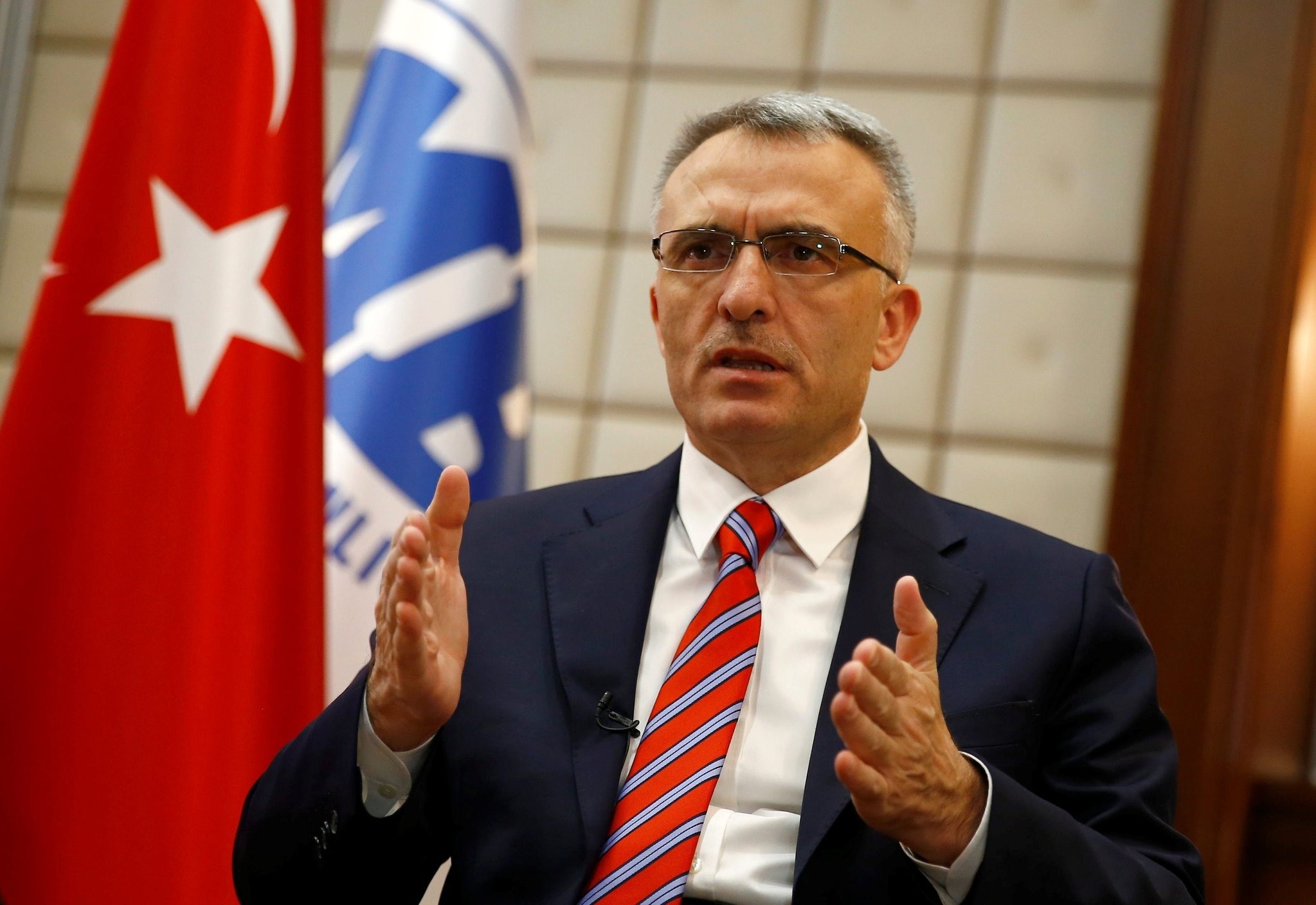 As political tensions have started to result in economic protectionism, Turkey's Finance Minister Ağbal underlines that a liberal economy is the only way to fight extremism

There is only way to fight extremism, Islamophobia and the far-right rising in Europe, and that is to defend the liberal economy along with democracy, human rights and an open society, according to Turkey's Finance Minister Naci Ağbal.

Criticizing the recent decision of the German government against Turkey, Ağbal underlined that countries should not give up on the liberal economy.

German Foreign Minister Sigmar Gabriel announced Thursday a range of steps to be taken against Turkey in response to the detention of Peter Steudtner, who faces terrorism charges by Turkish authorities but is described as a human rights activist by the German government. Gabriel said Germany would talk to EU partners about Turkey's aspirations to join the bloc and made clear Berlin could no longer guarantee German corporate investments in Turkey. Measures being considered include withdrawal of export guarantees and pre-accession funding to Turkey from the EU, Gabriel said.

However, protectionism in the economy does not match European values, according to Finance Minister Ağbal, who shared his views with economy editors of Turkish newspapers in a special meeting on Thursday evening. He reiterated Turkey's position as a powerful economy in Europe and underlined that political tensions should not be linked with economic issues.

The minister pointed to 2006 and 2007, just before the global crisis, and said: "We were talking about how liberalization, an open economy and globalization will bring prosperity not only to developed countries but also to developing ones."

Ağbal went on to say that unlike the pre-crisis period, the world is now discussing protectionism, and it even tops the agenda of developed countries. "I believe we are experiencing an historic transformation," Ağbal said.

The balance of power shifting from the West to the East is occurring in a historic cycle, according to the minister, which will result in a change in the amount of shares that countries get from the world economy. Giving the example of China, which used to be known for cheap and nonstandard products back in the 1980s and 1990s, Ağbal noted that China is expected to be at the top among major world economies by 2050. "As China, India, Indonesia, Brazil and Turkey increase their share of the global economy, and European economies' shares will narrow as their population decreases," Ağbal said. He added that he considers protectionism and efforts to establish a geopolitical bloc as a point of contention under this new term of shifting powers.

Economic figures have proven that Turkey has not only recovered after the negative effects of the July 15 coup attempt but also catching an upward trend, outperforming that period.

"To be honest, as the government, we have been worried in recent months," Finance Minister Ağbal said. "The economic figures haven't easily recovered," he added.

It has only been a year since last year's bloody coup attempt. However, the Turkish economy grew by 5 percent in the first quarter of 2017, while the average growth rate of member countries of the Organization of Economic Cooperation and Development (OECD) was 2.6 percent during the same period. Moreover, the average growth of European countries was 2.1 percent in the first quarter of this year. According to the finance minister, the country will complete this year with an average growth of 5 percent. Considering other economic figures, Turkey's unemployment rate maintained a monthly downward trend as it dropped 1.2 percent from March to hit 10.5 percent in April. Turkish industry's rate of capacity utilization in June hit the highest level since 2009. Exports have also followed an increasing trend this year. The tourism sector has shown signs of recovery. Borsa Istanbul, the country's main stock exchange, reached an all-time high after an increasing trend for about seven-and-a-half months. "The most significant point is that the sectors' expectations have recovered," Ağbal noted.

On the other hand, the biggest risk that the Turkish economy will face is regarding growth. Since the savings ratio of the country remains limited, domestic sources are insufficient to finance high growth figures.