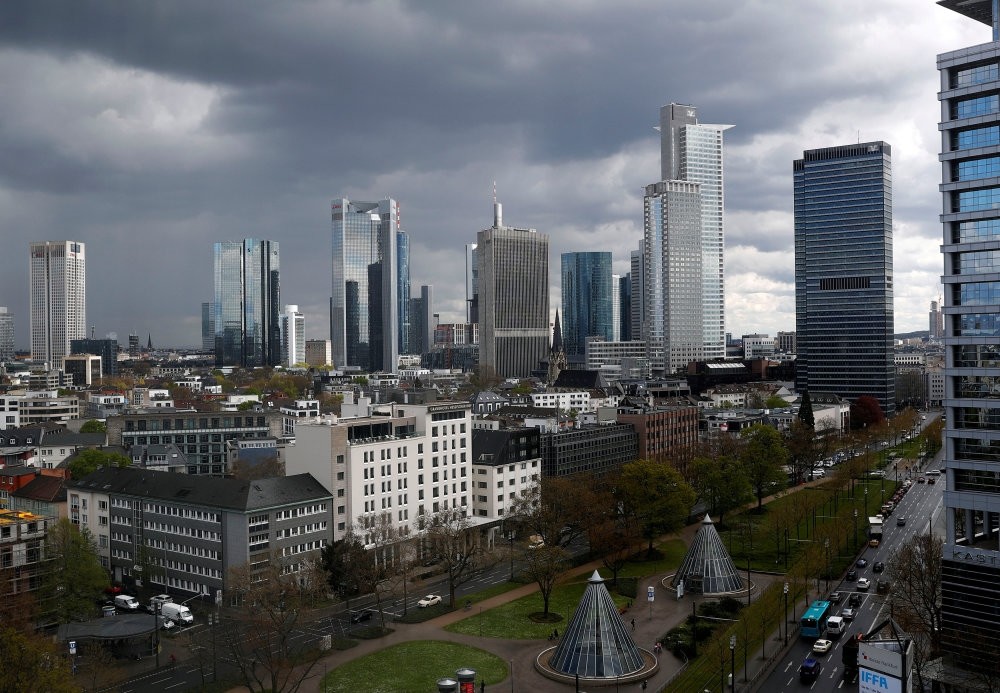 Britain's divorce from the EU has ignited the discussion on where to move the financial operations and around 9,600 jobs are estimated to go to the continent or Ireland in the next two years. In a battle for those jobs, Frankfurt and Dublin are ambitiously trying to lure big financial institutions

"I'm here to send you the regards of the Federal Chancellor. I am entitled to tell you we want you in Germany." This private message from Angela Merkel, delivered by a regional politician to Wall Street bankers last year, is having the desired effect.

Frankfurt, along with Dublin, is emerging on top in the battle to draw highly-paid banking jobs - and the tax revenue that they bring - away from London before Britain's departure from the European Union in March 2019.

Germany has favoured a subtle approach, with Chancellor Merkel saying little if anything in public on what is a sensitive issue at home. Instead she relied on Volker Bouffier, prime minister of the state of Hesse where Frankfurt is located, to take her invitation to New York in November, according to three sources familiar with the discussions.

Irish leaders have been less reticent, but both countries have sent the same welcoming message to U.S., Japanese and other foreign banks - despite the public unpopularity of bankers that still lingers after the global financial crisis.

While Paris and Amsterdam are set to lure one or two major lenders, Germany and Ireland have so far secured the bulk of commitments from big-name banks.

Even then, the work of lobbyists is not over: they are pushing to host the huge business of clearing deals in euro-denominated securities, now dominated by the British capital.

Banks have been undertaking legal, financial and economic analysis in choosing new bases for their EU business if it can no longer be done from London. But they also need to know the political climate will be favorable.

"Bankers want reassurance that the government wants them," one senior banking executive told Reuters. "Business does care about political sentiment towards them. There's a reason: if there are problems you know that government will use its powers to help you."

The largest global banks in London have indicated that about 9,600 jobs could go to the continent or Ireland in the next two years, though few have yet moved, according to public statements and information from industry sources.

In recent weeks Morgan Stanley, Citi and Bank of America as well as Japan's Nomura, Mizuho and Sumitomo Mitsui have announced decisions for new EU headquarters, all opting for Frankfurt or Dublin.

These cities' success follows year-long campaigns, as government agencies and lobby groups staged a charm offensive with the banks unseen since the 2007-09 crisis.

Merkel, who is seeking re-election next month, left city and Hesse officials to do the rounds in New York. That included the one-on-one meetings with senior executives on Wall Street when Bouffier passed on her message. German taxpayers had to fund a series of bank bailouts during the crisis, and the bad memories remain due to Deutsche Bank. While Germany's biggest bank did not needed rescuing, it has run up a litigation bill of 15 billion euros ($17.5 billion) since 2009 due to extravagant market bets and misconduct.

Local officials have had fewer inhibitions than the national politicians. The Frankfurt Main Finance lobby group went on more than 50 trips to foreign banks' home bases in the past year. "We've had indications that two thirds of the major banks' moves will be to Frankfurt," lead campaigner Hubertus Vaeth said.

Morgan Stanley, Citi and JPMorgan say Frankfurt will be their EU trading base after Brexit. However, Vaeth told Reuters: "The strategy was to be subtle. There was no glee or triumphalism."

As a medium-sized provincial city, Frankfurt has also been proclaiming its cultural attractions. That involved taking Wall Street firms to the city's English-language theatre and Japanese bankers to see the Eintracht Frankfurt soccer team play.

The Irish political welcome has been more evident. New Prime Minister Leo Varadkar, building on work by his predecessor Enda Kenny, has met several bank bosses and posted a picture on his website of him smiling with Bank of America CEO Brian Moynihan. Politicians posing with bankers had been close to anathema since a collapse of the Irish financial system forced the country to take an international bailout in 2010, bringing austerity policies which hurt voters badly.

Extra banking jobs and tax revenue are vital for Ireland, a small economy that has relied for decades on foreign investment.

Having attracted all 10 of the world's largest pharmaceutical companies as well as technology firms such as Google, Facebook and Apple, Ireland moved pre-emptively to offset any economic damage inflicted when Britain - its second biggest export market - leaves the EU.

IDA Ireland, the state agency charged with winning foreign business, began meeting banks three months before Britons voted to leave the EU. When billboards went up around London after the referendum extolling Paris as a financial centre, IDA officials were already in boardrooms making their pitch for Dublin.

"These investments are won through engagement at a senior level. We weren't trying to build relationships from scratch," IDA chief executive Martin Shanahan told Reuters.

Dublin has bagged the planned EU headquarters of Barclays and Bank of America. JPMorgan has bought a building in the city, and is expected to move more middle and back office jobs - such as risk management and deal processing - there.

Banks, however, are holding off on moving large numbers of people yet, focusing on ensuring they have the right legal and operational framework to do business in the EU if Britain fails to negotiate a favourable exit deal, executives say. Citi for example has said the maximum number of jobs it may need to shift out of London is only around 150. The worry for Dublin and Frankfurt is that banks could set up the EU legal entities for their trading businesses in the cities, leaving national regulators with the task of overseeing their massive balance sheets, but with the bulk of jobs staying in London or placed elsewhere in the EU.

"Most banks are looking to minimize expense and disruption by relocating as little as possible in the first instance," said Matt Austen, UK head of financial services at Oliver Wyman. Supervisors are on guard for setups that are little more than fronts for staff still working in London. The European Central Bank has repeatedly warned that "shell" operations will not be accepted.

Many banks' concerns still center on issues such as a country's regulatory regimes, infrastructure and economy.

Bill Winters, chief executive at Standard Chartered , told Reuters his bank opted for Frankfurt as its new EU base due to Germany's AAA credit rating. With Ireland's rating up to six notches lower, that went against Dublin.

"It would've been easy to set up there also. But at the end of day it involved an interesting issue around the country's credit rating. We felt large institutional investors would prefer Germany," he said.

Paris also assembled a group of leading lobbyists including some of France's most respected business executives. Teams went to meet bankers in New York.

HSBC, which has extensive French operations, has said it would move up to 1,000 traders to Paris in the case of a "hard" Brexit. French banks are also expected to transfer back some staff now based in London.

But other lenders proved reluctant to make any decision in favor of Paris before knowing the outcome of elections in May.

Former Bank of France governor Christian Noyer, who is lobbying for Paris, said attitudes have improved since Emmanuel Macron, a pro-EU ex-banker and economy minister, won the presidency. Some bankers, however, remain skeptical that his government can change labor laws and the tax system, which they say are major deterrents to setting up in France.

Rival centers are moving on to the next struggle to win over clearing houses for the likes of euro-denominated derivatives, with Frankfurt and Paris the main contenders.

"There's a 50 percent chance of having clearing business move to Frankfurt," said Vaeth. The number of jobs would be relatively modest, but he added: "Success would mean 100 billion euros of assets ... The long term benefits are massive."