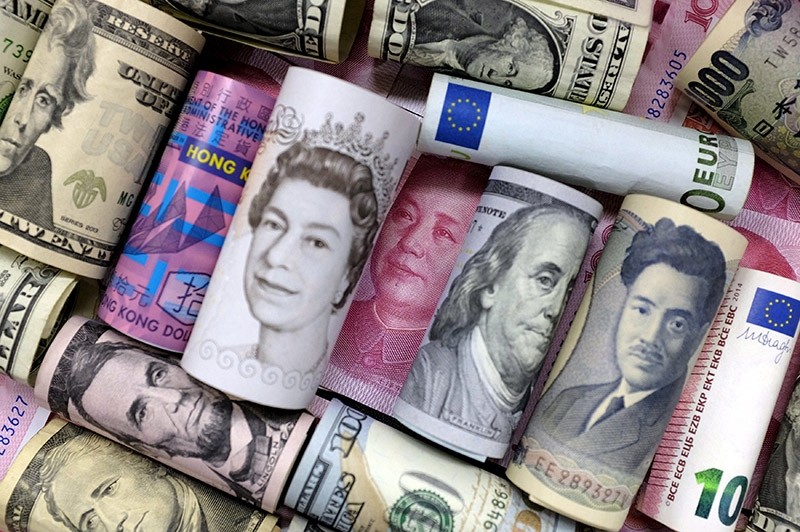 The euro reached a 2-1/2-year high versus the dollar on Friday, as a policy meeting by the European Central Bank gave bulls cause for short-term optimism and did little to support the beleaguered U.S. currency.

ECB President Mario Draghi's remarks that policymakers will decide on tapering this autumn, and that "probably the bulk of these decisions will be taken in October", gave dollar bulls reason to be upbeat on the single currency's near-term outlook.

But Draghi also said the ECB must take into account the weakening of inflation owing to the strong euro, with the central bank having opted to lower some of its inflation projections to reflect a firming common currency.

Furthermore, the ECB reaffirmed its ultra-easy policy stance by retaining rates at record lows, even keeping the door open to increasing bond purchases if needed, despite the euro zone's best economic run since the global financial crisis.

"A large part of the euro's gains is being driven by expectations towards ECB tapering. The market did not get the confirmation it expected regarding tapering, but it remains far from disappointed," said Bart Wakabayashi, branch manager for State Street Bank and Trust in Tokyo.

"If euro strength is to continue, this may actually prompt the ECB to refrain from tapering. But as demonstrated time and time again, the market tends to get ahead of itself."

Junichi Ishikawa, senior FX strategist at IG Securities in Tokyo, said the euro "was bought on mention of tapering possibly starting in October. But the ECB sounded rather dovish overall and the euro probably should have been sold in response, particularly with German bund yields having fallen."

"But the euro still managed to gain, thanks to the dollar's underlying weakness," he said. "The dollar is under pressure from many fronts ranging from sluggish inflation, Trump risk and geopolitical concerns."

Against the yen and sterling, the euro's gains were more modest. It was 0.15 percent lower at 130.210 yen, mostly cancelling out overnight gains.

Compounding problems for the dollar, risk aversion took hold as the broader markets braced for North Korea celebrating its founding on Saturday, and as powerful Hurricane Irma headed for Florida after wreaking havoc in the Caribbean.

U.S. yields were further pressured by declines in German government bond yields after the ECB lowered its inflation forecast.

The New Zealand dollar climbed 1.3 percent to $0.7325 , on the dollar weakness and a rise in the country's second quarter manufacturing sales as well as higher volumes for dairy and meat products.