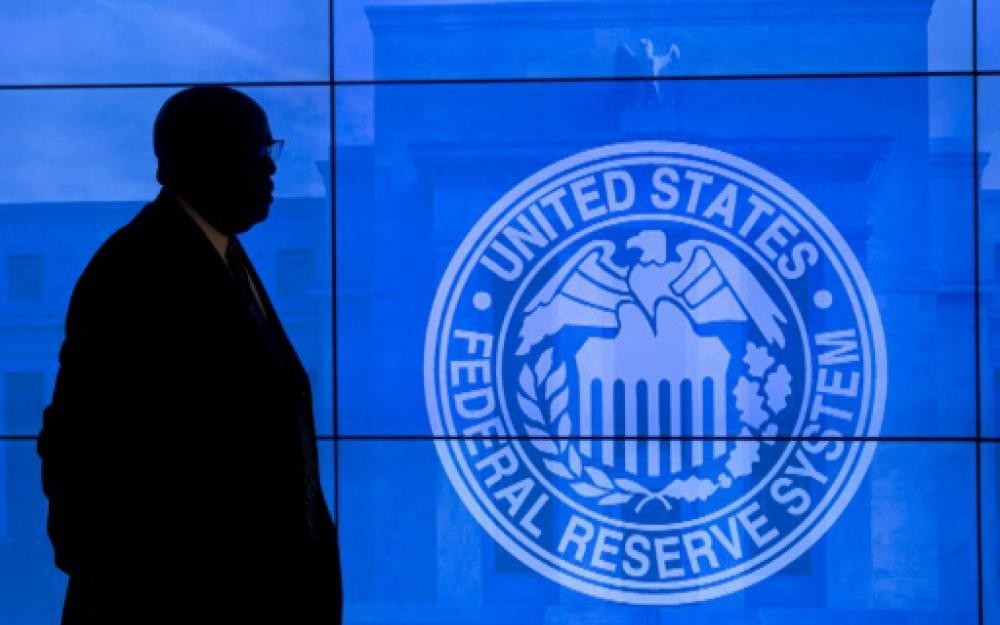 | AFP Photo
by Nov 01, 2017 12:00 am
The Federal Reserve kept interest rates unchanged on Wednesday and pointed to solid U.S. economic growth and a strengthening labor market while downplaying the impact of recent hurricanes, a sign it is on track to lift borrowing costs again in December.

The U.S. central bank acknowledged that inflation remained soft, but it did not downgrade its assessment of inflation expectations. It also noted that the nation's unemployment rate had declined further.

"The labor market has continued to strengthen and ... economic activity has been rising at a solid rate despite hurricane-related disruptions," the Fed said in a statement following a two-day policy meeting.

It has raised rates twice this year and currently forecasts one more rate hike by the end of 2017 as part of a tightening cycle that began in late 2015.

Investors had all but ruled out a move this week and attention has largely been focused on who will be in charge of monetary policy at the end of Fed Chair Janet Yellen's first term in February 2018.

President Donald Trump is set to announce his nomination on Thursday afternoon with Fed Governor Jerome Powell, a soft-spoken centrist who has supported Yellen's gradual approach to raising rates, seen as having a lock on the position.

The encouraging tone of Wednesday's statement underscores that the central bank is primed for another nudge upwards in its benchmark lending rate from its current target range of 1.00 percent to 1.25 percent.

Fed policymakers have been buoyed in recent months by a stronger global and domestic economy and further tightening in the labor market, although they are divided over the causes and duration of the current weakness in inflation.

The Fed's preferred inflation measure sits at 1.3 percent after retreating further from the central bank's 2 percent target for much of the year.

Nevertheless, Yellen and some other key policymakers have said the Fed still expects to continue to gradually raise rates given the strength of the overall economy.

In its statement, the Fed reiterated it expects inflation to rise back to its target over the medium term.

U.S. financial conditions remain loose, strengthening the argument that another rate rise would not slow the current brisk growth. The government reported last week that the economy grew at a 3.0 percent annual rate in the third quarter.

A decline in hiring in September also has largely been dismissed as a blip caused by the temporary displacement of workers due to Hurricanes Harvey and Irma. That jobs report showed wages growing at an improved pace and the unemployment rate falling to more than a 16-1/2-year low of 4.2 percent.

A strong rebound in job gains is anticipated when the Labor Department releases its October nonfarm payrolls report on Friday.

The Fed said on Wednesday the planned reduction of its $4.5 trillion balance sheet begun in October was proceeding.

There were no dissents in the Fed's rate decision on Wednesday. The Fed will hold its final policy meeting of the year on Dec. 12-13.