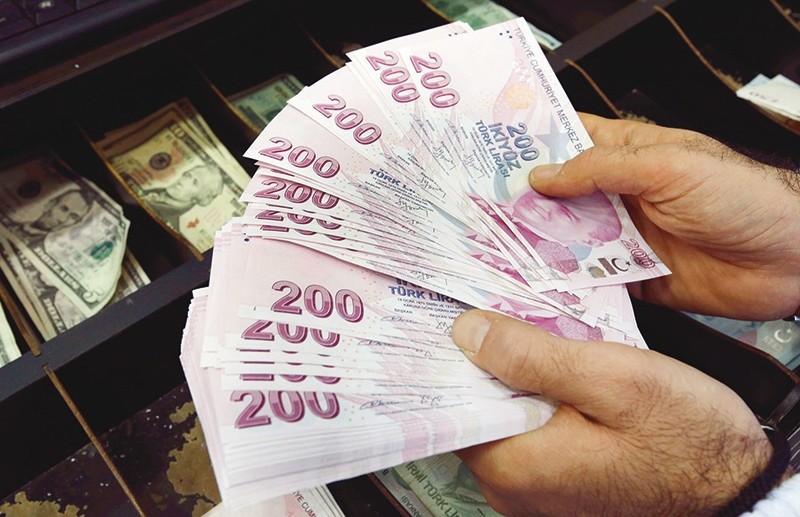 The Central Bank of the Republic of Turkey (CBRT) lowered on Monday the upper limit for the foreign exchange (forex) maintenance facility in a move that will provide approximately $1.4 billion in liquidity to Turkey's financial system.

The CBRT confirmed in a statement that the upper limit had been lowered to 55 percent from 60 percent while all tranches were also reduced by 5 points.

The tranches were reduced by 5 percentage points and some TL 5.3 billion ($1.372 billion) would be withdrawn from the market after the change in its reserve requirements, it said.

"In the recent period, the markets have witnessed unsound price formations that are inconsistent with economic fundamentals.

"Taking this development into account, with a view to supporting price stability and financial stability, the upper limit and the tranches for the FX (forex) maintenance facility within the reserve options mechanism has been revised."

The rediscount credits repayment (around $5 billion) for export and foreign exchange earning services, which will be due by Feb. 1 of next year, can be made in Turkish liras at 3.70 for dollars, 4.8 for euros and 4.8 for pounds, provided they are paid at maturity, the bank also said.

The Central Bank's move comes after the Turkish Lira slipped to 3.90, a historic low against the U.S. dollar, on Nov. 4, amid growing expectations that the Federal Reserve will raise interest rates next month and tighten further in 2018.

Following the CBRT-move on Monday, Turkish lira gained against the dollar, trading at 3.8626.

According to a Central Bank report, the Reserve Options Mechanism is a tool unique to the CBRT that holds foreign exchange or gold reserves in increasing tranches in place of Turkish lira reserve requirements of local banks.

It aims to support the country's foreign exchange reserve management of the banking system and limit adverse effects of excess capital flow volatility on Turkey's macroeconomic and financial stability.