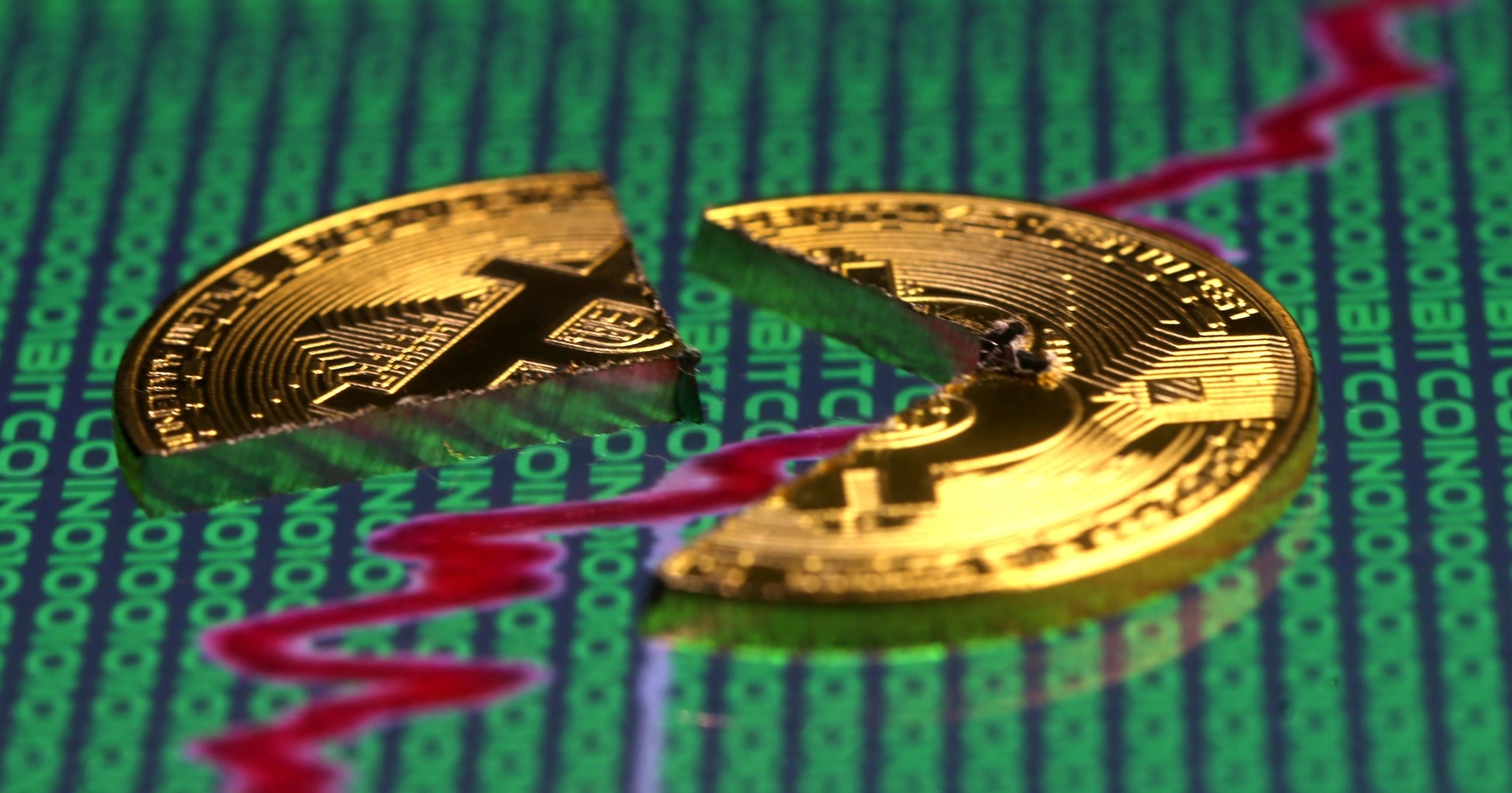 A bitcoin sell-off that began at the beginning of the week is gaining momentum, with a fifth of its value evaporating in just the past 24 hours.

The digital currency slumped 19 percent to $12,668 Friday, according to the tracking site CoinDesk.

The price of bitcoin has skyrocketed in recent weeks, and Friday's drop brings it back only to where it traded on Dec. 5.

The extraordinarily rapid rise in the price of bitcoin, which still isn't widely used to buy things, has led many financial experts to call it a speculative bubble that's waiting to burst.

Steep downturns do happen regularly, though Friday's was its biggest one-day drop this year. It fell 11.5 percent over two days in early December and 21.5 percent over five days in November. That volatility has dampened its appeal as a currency.

As bitcoin's value has climbed, mainstream investors have started paying attention. Bitcoin futures started trading on the Cboe and CME this month. Those futures fell about 18 percent Friday. Futures don't involve actual bitcoins, but rather the direction that investors believe the value if bitcoin will go in coming months.

The Securities and Exchange Commission put out a statement last week warning investors to be careful with bitcoin and other digital currencies.

Regardless, the rocketing price of bitcoin has created a spectacle continues to draw interest.

A number of small companies have recently changed their names to incorporate "bitcoin" or "blockchain," and the stock price of some of those companies has jumped radically as a result.

Blockchain is the digital ledger that records transactions in bitcoin or other measures, preventing the same bitcoin from being spent twice.

While many finance professionals see bitcoin itself as a speculative mania, they also believe blockchain technology has promise in that it may make transactions smoother and more efficient.