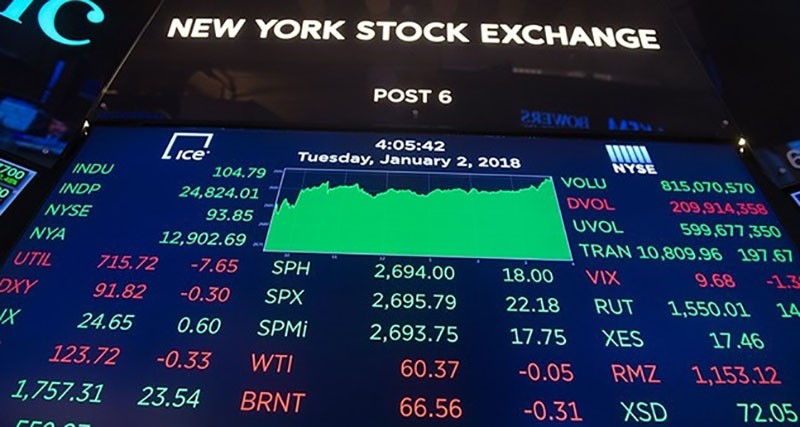 As panic gripped stock market investors during a bearish dip in fortunes last week, one opportunistic trader made a nearly $400 million profit by betting on its upturn.

The trader is known by the name '50 cent,' due to his small market buy-ins, some as low as half a dollar, on the Cboe Volatility Index, or VIX, the Financial Times and Business Insider said.

'50 cent' made his purchases on a hunch that the low volatility environment would prove short-lived – and his instincts were correct.

The VIX, published by the Chicago Board Options Exchange, measures the stock market's expectation of volatility based on S&P 500 index options. Last week, amid a global equity selloff, the VIX jumped to its highest level since June 2016's Brexit referendum, marking its largest ever percent change.

In a matter of weeks, the trader's fortunes had swung from a $197 million loss to a $183 million profit, according to Macro Risk Advisors.

The FT identified '50 cent' as London-based asset manager Ruffer LLP last year, based on four bank sources who confirmed trades. Ruffer LLP has not yet commented on the report.