S&P has worst week in 2 years amid fears of trade war between US, China 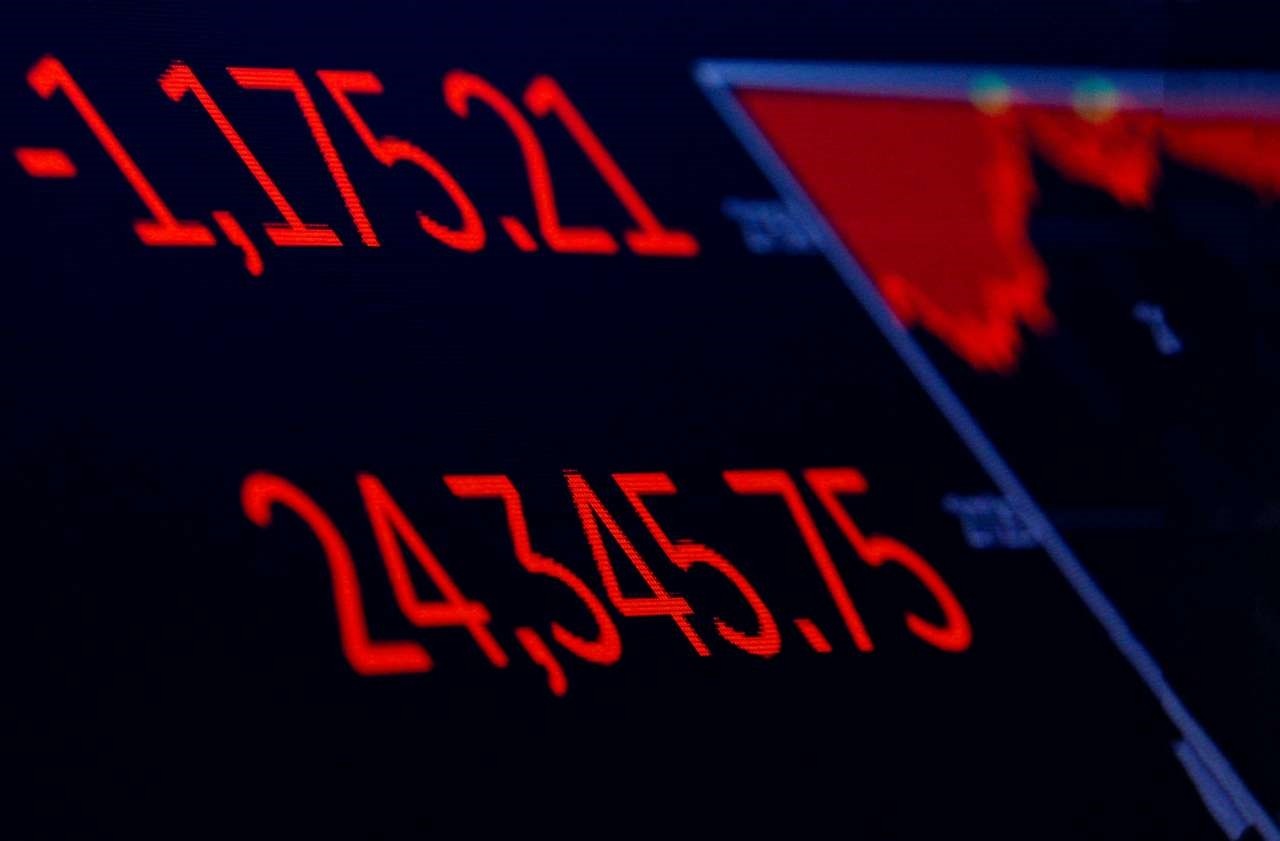 Stocks around the world plunged Friday as investors feared that a trade conflict between the U.S. and China, the biggest economies in the world, would escalate. A second day of big losses pushed U.S. stocks to their worst week in two years.

Investors fear that if China responds in kind to sanctions on $60 billion worth of Chinese imports the White House announced on Thursday, it will be a first step toward a full-blown trade war that could damage the global economy and slash profits at big U.S. exporters like Apple and Boeing.

The market's two biggest sectors slumped the most. Technology stocks have made enormous gains over the past year, but since they do so much business outside the U.S., investors see them as particularly vulnerable in a trade dispute. The sector dropped 7.9 percent this week.

Banks also fell sharply. Amid the trade-war rumblings, investors fled to the safety of bonds and drove down yields, a potential negative for bank profits. That marked a reversal from earlier in the week, when banks rose as the Federal Reserve raised interest rates.

It wound up being the worst week for U.S. indexes since January 2016. The S&P 500 index sank 6 percent. Among notable decliners was Facebook, which lost 13.9 percent, or $68 billion in value, as outrage mounted over its handling of user data. That's about as much as the company was worth in in 2012, the year of its initial public offering.

Stocks sagged at the start of this month after tariffs on aluminum and steel were announced, but they quickly recovered as the administration said the tariffs wouldn't be as severe as they first looked. The losses this week were worse, and investors are hoping for hints the sanctions on China are more of a negotiating tactic.

"There could be a possibility of a bounce back if, as this progresses, both sides look like they're negotiating," said Lisa Erickson, chief investment officer at U.S. Bank Wealth Management. "There could be further decline if people get a sense there could be more trade restrictions in place."

Big U.S. companies tend to get more of their revenue from foreign customers than small companies do, and that makes them more vulnerable to damage from a trade war. With nearly 1.4 billion people, China is a big market for the largest U.S. businesses.

"We think a lot of the areas in the market with the greatest potential for earnings improvement this year are small- and mid-cap stocks, things that have the biggest benefit from tax reform and are less subject to trade wars," said Eric Marshall, portfolio manager at Hodges mutual funds.

Sales outside the U.S. are especially important for technology companies. Roughly $1 of every $5 in Apple's sales came from China, Hong Kong and Taiwan in its last year. That doesn't take into account how much of the manufacturing and assembly of Apple products is done in Chinese factories, which could be affected if trade restrictions start piling up. On Friday chipmakers fared especially badly.

Defense contractors including Raytheon and Lockheed Martin climbed after President Donald Trump signed a new government funding bill that provides increases in military spending. He had tweeted a threat to veto the measure.