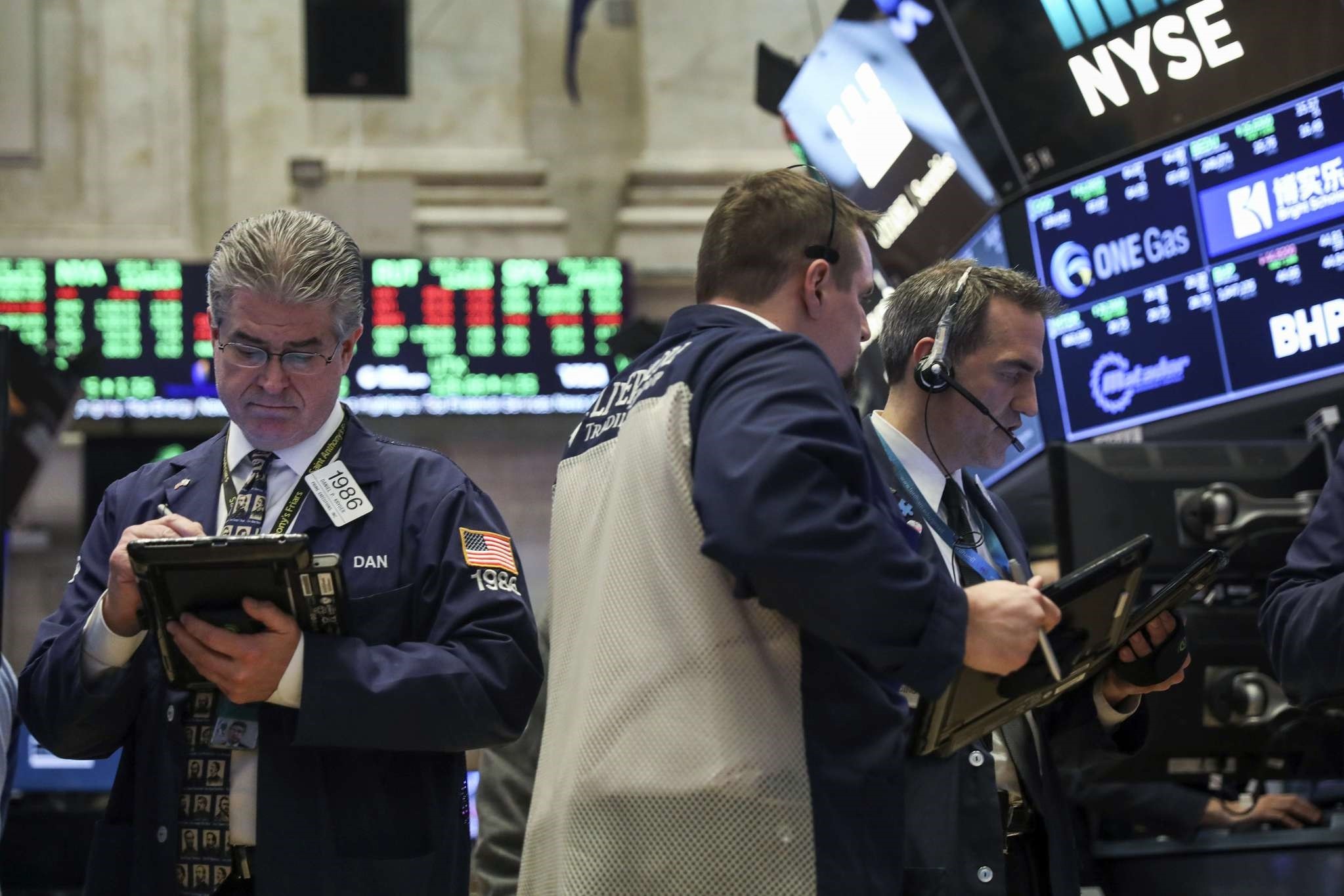 U.S. stocks tumbled and Dow Jones Industrial Average fell more than 500 points on Monday, amid growing concerns over Amazon.com after U.S. President Donald Trump again attacked the online retailer, while the dollar slid as China raised tariffs on U.S. products in an escalating spat between the world's two biggest economies.

China bumped tariffs by up to 25 percent on 128 U.S. products, from frozen pork and wine to certain fruits and nuts, in response to U.S. duties on imports of aluminum and steel.

Gold snapped a three-session losing streak and the dollar fell after the tariffs, which are due to take effect on Monday, were announced late Sunday by China's finance ministry.

Trading was light as major European markets were closed for the Easter Monday holiday. Markets in Australia and Hong Kong also were shut.

"Everybody is bracing for that," Kleintop said of expected U.S. tariffs on $50 billion to $60 billion worth of annual imports from China that will likely intensify U.S.-China tensions.

The Trump administration will unveil by Friday a list of advanced technology Chinese imports targeted for U.S. tariffs to punish Beijing over technology transfer policies.

Shares of Amazon.com Inc fell 4.8 percent after Trump attacked the online retailer over the pricing of its deliveries through the U.S. postal system and promised unspecified changes.

"Only fools, or worse, are saying that our money-losing Post Office makes money with Amazon," Trump tweeted.

Emerging market stocks were down 0.17 percent.

The dollar fell for a second straight session.

Oil fell below $68 a barrel, reversing an earlier rally, as a rise in Russian production and concern about a U.S.-China trade spat offset a drop in U.S. drilling activity.

U.S. drillers cut seven oil rigs in the week to March 29, bringing the total down to 797, the first decline in three weeks. The rig count is closely watched as an indicator of future U.S. oil output.