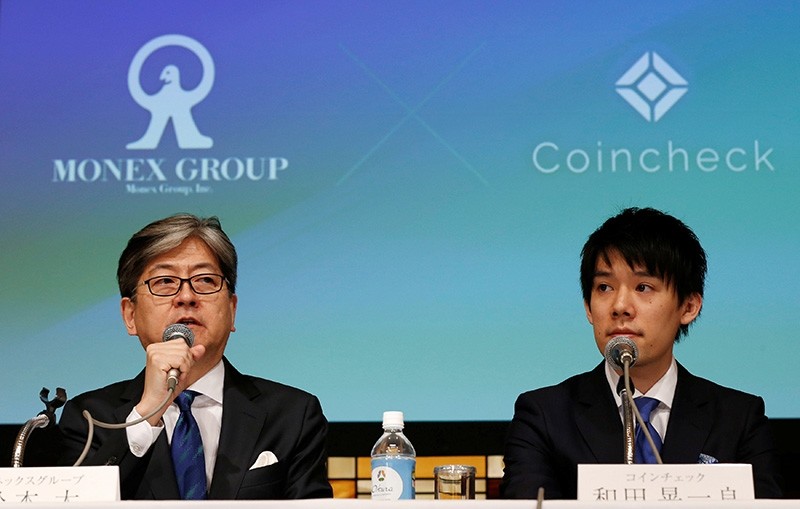 Japanese online broker Monex Group said Friday it would buy virtual currency exchange Coincheck, which was hit by a massive hack that saw thieves steal hundreds of millions of dollars in virtual currency.

The decision came after Coincheck refunded more than $440 million to its 260,000 customers who lost their holdings of NEM, a leading cryptocurrency, following the hack.

Thieves siphoned away 523 million units of the virtual currency from Coincheck -- then valued at $547 million -- during the January hack, thought to be one of the biggest ever.

Monex said in a statement it would acquire all of the 1.78 million shares of Coincheck for 3.6 billion yen ($34 million).

The broker added: "We aim to build a secure business environment for customers by fully backing up Coincheck's enhancement process" after authorities ordered improvements following the hack.

On Friday the FSA imposed fresh punishments, ordering Yokohama-based FSHO to temporarily halt operations for two months -- partly for not establishing a system for risk management despite the FSA's instructions.

The FSA also ordered the "Eternal Link" exchange to suspend operations for two months and issued an improvement order to a Tokyo-based exchange known as "Last Roots."

The Coincheck theft exceeded the $480 million in bitcoin stolen in 2014 from another Japanese exchange, MtGox.

That hack in 2014 prompted Japan to issue new regulations, requiring exchanges to obtain a government license, but Coincheck was allowed to continue operating while the FSA was reviewing its application.

In February seven plaintiffs -- two companies and five individuals -- filed a lawsuit against Coincheck seeking the reimbursement of 19.53 million yen in lost virtual currency and further compensation for interest lost due to the hack.

Japan is a major center for virtual currencies and as many as 10,000 businesses in the country are thought to accept bitcoin.