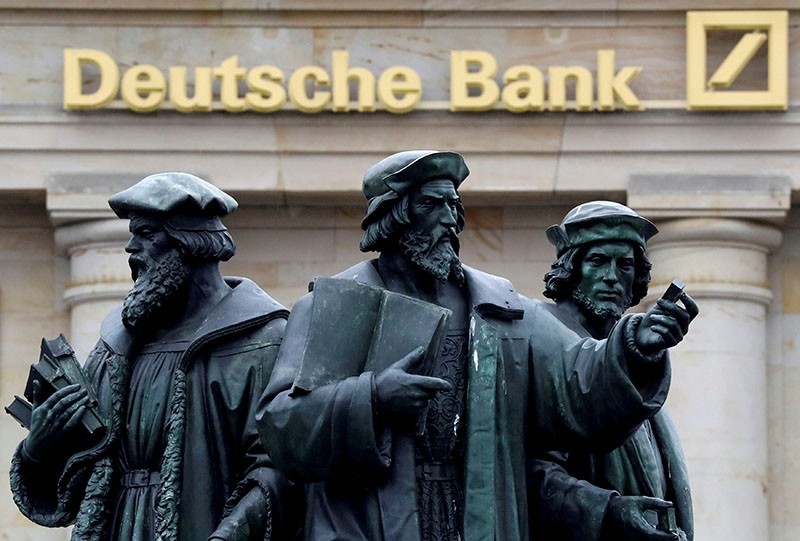 Trouble-plagued Deutsche Bank is to oust its British CEO John Cryan and replace him with one of his deputies Sunday, media reported, in a bid to get Germany's biggest lender back on track after years in crisis.

Following weeks of speculation, the move is to come late Sunday during a supervisory board meeting at the bank's Frankfurt headquarters.

News weekly Der Spiegel and business newspaper Handelsblatt said the bank would tap Christian Sewing, 47, currently a deputy CEO and head of private banking, to take over in May from Cryan, who has been at the helm since 2015.

Deutsche Bank, which declined to comment on the Spiegel report, called the surprise meeting "to discuss the chairmanship and to take a decision the same day," it said in a statement Saturday.

While Cryan's contract runs until 2020, press reports in recent days have suggested a rift over strategy with supervisory board chairman Paul Achleitner, who called Sunday's meeting.

The choice of Sewing over investment banking chief Marcus Schenck, who had been discussed as a possible successor to Cryan, points to a strategic shift toward retail banking in its home market Germany.

Sewing, who has been with the company since 1989, "is popular among staff in Germany but is likely to meet with skepticism among foreign investment bankers," Handelsblatt said, adding that Schenck was now expected to leave the bank in the coming months.

Given sole command of the lender in 2016 after the departure of co-CEO Juergen Fitschen, Cryan's task was to restructure Deutsche and clean up the toxic legacy of its pre-financial crisis bid to compete with global investment banking giants.

Last week Cryan issued a statement to employees saying he is "absolutely committed" to the bank after reports emerged that Deutsche Bank was looking for his successor.

"I just wanted to reaffirm that I am absolutely committed to serving our bank and to continuing down the path on which we started some three years ago," Cryan wrote to employees.

He has neutralized the worst legal threats, in part by paying billions in fines and compensation, strengthened Deutsche's capital foundations with an 8-billion-euro ($9.8 billion) share issue last year and floated asset management division DWS on the stock market in March.

But "the financial results have so far not been what all of us would want them to be," Cryan, 57, acknowledged in a letter to employees last month while fighting to keep his job, referring to an unexpected 751-million-euro ($904 million) loss reported for 2017. It also declared a small dividend of 11 euro cents per share.

While the bank said the loss was a one-off caused by U.S. President Donald Trump's corporate tax reform, investors have shunned Deutsche since the start of the year, with its stock dropping around 30 percent in value since January 1.

In his nearly three years in the top post at Deutsche Bank, Cryan hasn't been able to revive the bank's once-vibrant securities trading business.

Handelsblatt said last month that Deutsche Bank remains "what it was when Cryan took the helm: a chronic patient".

Cryan was seen as a troubleshooter after his successful steering of Swiss bank UBS through the financial crisis as finance director between 2008 and 2011.

But he met his match with the German lender.

"It was clear from the beginning that Cryan's time in office would be limited and that his job would be 'clearing up past mistakes'. He's not a charismatic leader personality or a visionary," professor Sascha Steffen of the Frankfurt school of finance told Handelsblatt.

"He had to battle serious problems that his predecessors swept under the rug for years," Markus Riesselmann, analyst at Independent Research, told AFP.

"He's largely cleared those up and now it looks like Deutsche can't turn things around regarding margins. But I doubt a new CEO could successfully make that transition. It seems rather to be a fundamental 'Deutsche Bank problem'."