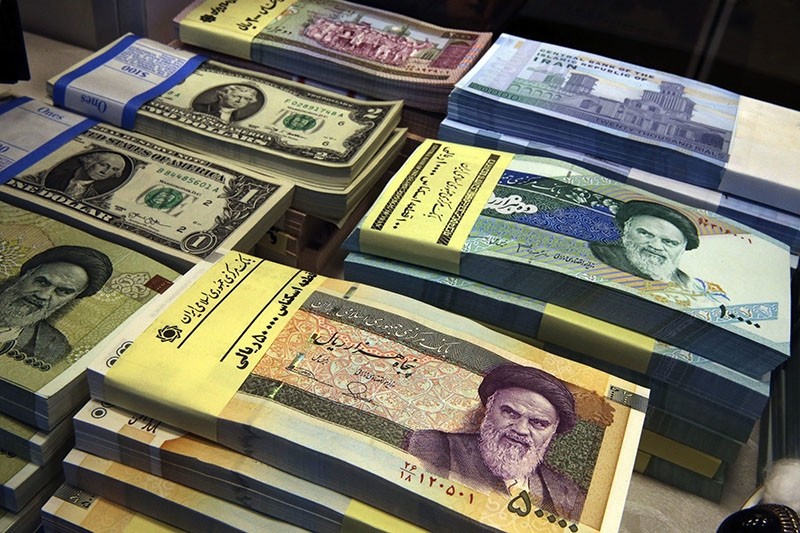 Iran's currency fell more than six percent against the dollar on Sunday, hitting another record-low, as fears of a U.S. withdrawal from the nuclear deal continued to drive speculation.

The rial reached 55,200 to the dollar at the close on the open market -- a drop of nearly a third in the past six months -- according to the Financial Informing Network, considered the most reliable for fluctuations in the free rate.

"There is a clearly an increase of people buying dollars because they think the United States will pull out of the nuclear deal," said the head of an exchange office in Tehran, on condition of anonymity.

The gap with the government's official rate, which stood at 37,814 on Sunday, has continued to widen, threatening a return of high inflation which the government has battled to bring under control.

"The government can't do anything when there is this much panic. If the U.S. exits the agreement, the Iranian currency could collapse even further and reach 70,000 to the dollar," said the exchange dealer.

The head of the central bank, Valiollah Seif, and Economy Minister Masoud Karbasian were summoned to parliament to discuss the issue last Monday.

Long queues have been seen outside exchange offices for weeks as uncertainty mounts over the nuclear deal which Iran reached with world powers in 2015.

President Donald Trump has threatened to walk away from the deal and re-impose sanctions by May 12 -- the next deadline for confirming US involvement -- unless new restrictions are placed on Iran's nuclear and missile programs.

The rial stood at around 40,000 to the dollar in October, when Trump said he would no longer certify Iran's compliance with the nuclear deal, and has been falling steadily since.

Iran's government took drastic measures in February to stem the decline, arresting unlicensed exchange dealers and freezing speculators' accounts, but they have had little impact.

President Hassan Rouhani, who has staked his legacy on trying to revive the economy by rebuilding ties with the West, sought to play down the decline earlier this year, saying Iran was bringing in plenty of dollars through oil sales.