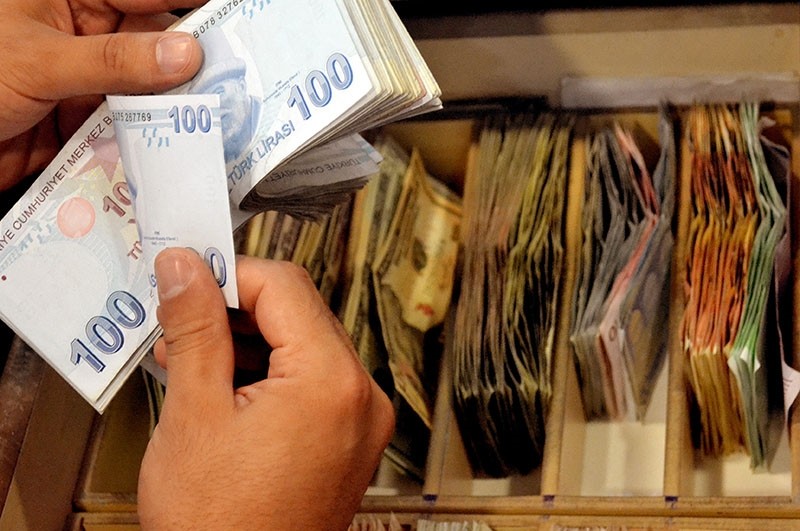 The rise of the U.S. dollar and euro continued on Tuesday with the Turkish lira weakening to new record lows of 4.1358 and 5.1137, respectively.

The greenback's gains have exceeded 10 percent since the beginning of February, whereas the euro gained some 9 percent.

The Borsa Istanbul 100 Index also shed 2 percent since the beginning of the trading day.

The British pound also renewed its record high level at 5.86.

The lira's decline comes amid speculations of a military operation by the U.S. and other Western powers targeting the Assad regime after the alleged chemical attack in Douma, global market volatility as the U.S. and China exchange tariff measures and Washington slaps sanctions on Russia.

The Turkish lira has struggled in recent months on worrying inflation and current account figures. However, the announcement of a higher-than-forecasted growth rate, 7.4 percent growth in 2017, boosted the lira to 3.94 against the dollar in late March, after it had depreciated 6 percent since the beginning of that month.