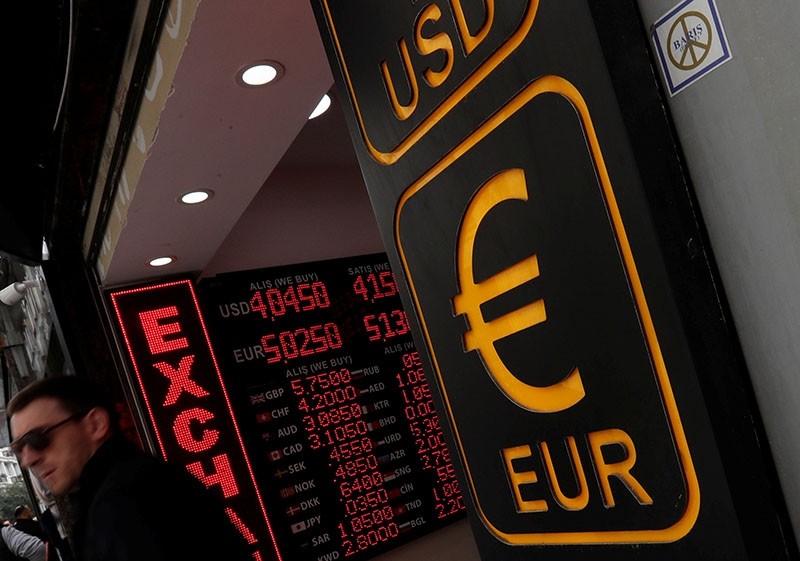 Recent statements by U.S. President Donald Trump signaling a missile strike targeting the Assad regime after chemical attack allegations in Syria's Douma have taken its toll on the Turkish lira, which has been performing poorly in the recent weeks and since the beginning of the year in general.

This made the lira the second worst performing currency against the U.S. dollar on Wednesday after the Russian ruble fell nearly 3 percent.

The compound interest rate for the benchmark two-year treasury bonds jumped to a record high of 14.6 percent, with the compound rate for 10-year bonds rising to 13.43 percent.

The lira had also been negatively affected by the recent global market volatility as the U.S. and China exchanged tariff measures and Washington slapped sanctions on Russia.

Turkey's sovereign dollar bonds also weakened across the curve with the May 2040 and January 2041 issues at their lowest since January 2017.

The Turkish lira has also struggled in recent months on worrying inflation and current account figures. However, the announcement of a higher-than-forecasted growth rate — 7.4 percent growth in 2017 — boosted the lira to 3.94 against the dollar in late March, after it had depreciated 6 percent since the beginning of the month.