'We've fixed problems in the past, can do it again:' Deputy PM Şimşek 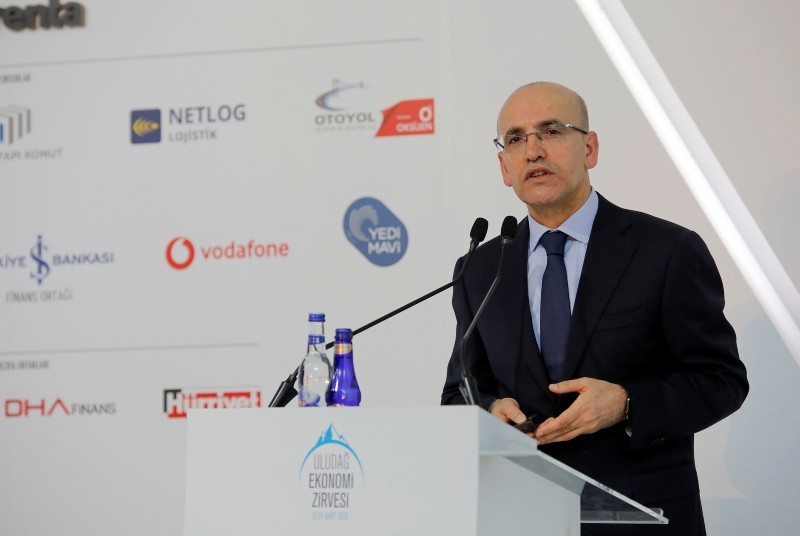 Deputy Prime Minister responsible for the economy Mehmet Şimşek said Wednesday that "none of Turkey's macroeconomic problems are insurmountable," adding that Turkey has fixed problems in the past and will do it again.

"The Central Bank governor and member of the monetary committee have my full backing in doing what's necessary to stem the slide in [Turkish] lira and achieve price stability," Şimşek said on his official Twitter account.

Meanwhile, the Turkish lira recovered late Wednesday to 4.55 against U.S. dollar and 5.33 against euro after the day's record lows of 4.92 and 5.74, following news of the Central Bank's (CBRT) emergency meeting.

The emergency meeting made crucial decisions to curb the value of the currencies against the lira. The bank left one-week repo, overnight lending and overnight borrowing rates unchanged at 8.0, 9.25 and 7.25 percent, respectively. The bank also raised late liquidity window rate to 16.5 percent from the previous 13.5.

The dollar and the euro have recently seen consecutive record highs against the Turkish lira.