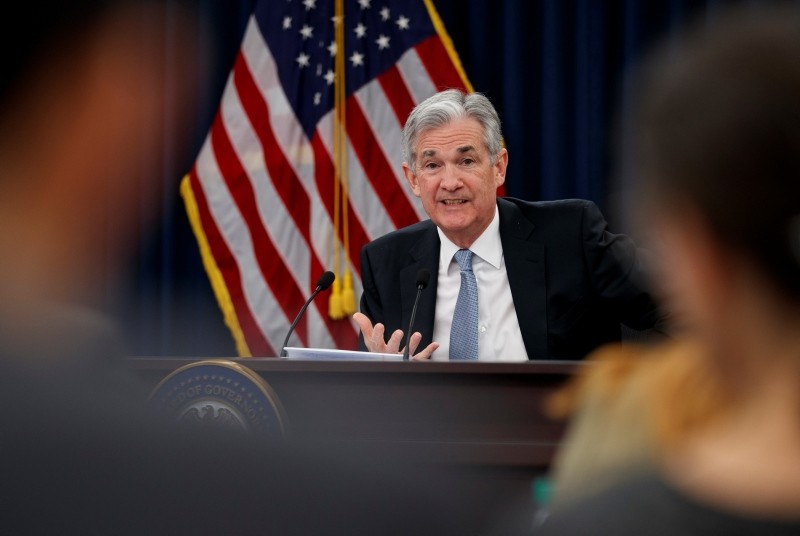 The U.S. central bank on Tuesday opened a two-day policy meeting that markets overwhelmingly expect will produce the second interest rate hike of the year.

But as policymakers seek to hold off inflation in the world's largest economy, global trade tensions are swirling around the meeting, inflamed by the messy end to the weekend's contentious Group of Seven summit in Canada.

The potential to disrupt trade and raise prices for key inputs and consumer products will make the already delicate balancing act for Federal Reserve even more difficult.

The vigorous health of American jobs markets has driven unemployment down to levels not seen for 50 years, a time when inflation began an upward course that caused years of pain and took even longer to correct.

Fed policymakers have been gradually raising the benchmark lending rate since December 2015 to keep prices in check without roiling financial markets, and have signaled they will not overreact to a pickup in inflation as long as it is short-lived and only slightly above the two percent goal.

Futures markets on Monday put the odds of a rate hike Wednesday at more than 96 percent, bringing the target range for the key rate up a notch to 1.75-2.0 percent.

But the potential for a global trade war adds a major dose of uncertainty to the economic outlook.

U.S. President Donald Trump imposed punishing tariffs on steel and aluminum imports from key suppliers, including G7 partners Canada and Germany, and has threatened even steeper penalties on auto imports.

Higher prices caused by the tariffs also could slow growth of the US economy.

And US trading partners like Canada, Mexico and the European Union have vowed to retaliate against Trump's aggressive trade actions, and a similar reaction could come from China.

In an unprecedented move, Trump backed out of a joint G7 statement with traditional allies, whom he accused of "robbing" the United States through unfair trade practices, and he lashed out in uncommonly personal terms at Canadian Prime Minister Justin Trudeau.

Prices in a trade war

At their most recent meeting in early May, Fed officials noted the "particularly wide" range of possible outcomes from the trade dispute depending on how Washington and other economies behaved.

But in the meanwhile "the uncertainty surrounding trade issues could damp business sentiment and spending," according to the Fed meeting minutes.

"That will be like a supply shock where you get more inflation and less growth and the Fed probably won't know what to do," he said.

And this would come at a time when inflation risks are rising, including higher oil prices, sweeping tax cuts, and a weaker US dollar.

As a result, economists say a fourth rate hike in December is increasingly likely.

And while the relationship between low unemployment and rising inflation is less direct than 50 years ago -- wages have shown only sluggish growth in recent years -- the painful memory of the 1970s is hard to ignore.

"That slippery slope may or may not be there but nobody knows," said John Ryding, chief economist at RDQ Economics. "So it's only natural that the Fed continues to take out insurance" in the form of rate hikes, he added.

With markets in a holding pattern, U.S. stocks had a split day -- with the Dow Jones Industrial Average flat while the S&P 500 and Nasdaq rose slightly -- and also appeared little moved by the outcome of Trump's nuclear summit with North Korean leader Kim Jong Un in Singapore.