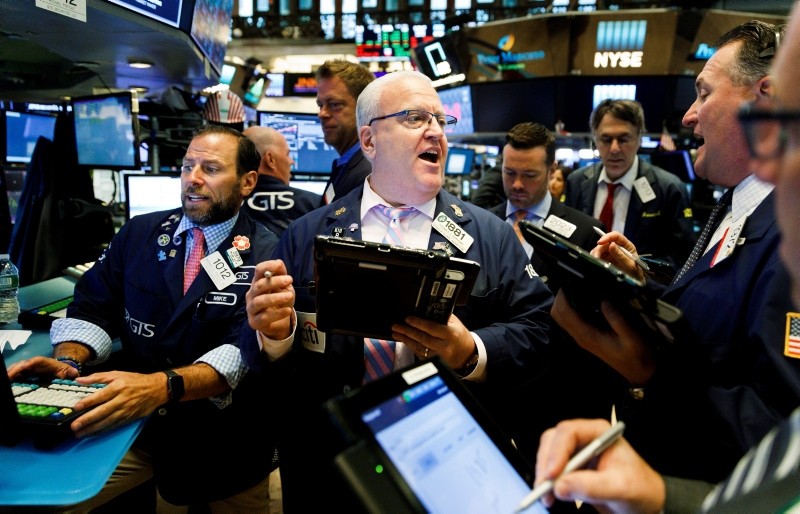 Global stock markets extended losses on Monday as trade fights between the United States and other leading economies worsened, while oil settled lower as the anticipation of sharply higher crude output loomed large.

U.S. Treasury Secretary Steven Mnuchin on Monday said forthcoming investment restrictions would apply "to all countries that are trying to steal our technology."

His remarks, posted on Twitter, came a day after a U.S. government official told Reuters the Treasury is developing rules that would bar firms with at least 25 percent Chinese ownership from buying U.S. technology companies.

"Investors are now beginning to worry that this heated rhetoric is something that will last for a while and could actually lead to disruption of trade," said Sam Stovall, chief investment strategist at CFRA Research in New York.

The pan-European FTSEurofirst 300 index lost 2.19 percent and MSCI's gauge of stocks across the globe shed 1.7 percent.

Technology stocks bore the brunt of the damage, with the S&P technology index falling 2.7 percent, the most among the major S&P 11 sectors.

Policymakers in China moved quickly to temper any potential economic drag from its dispute with the United States. Its central bank said on Sunday it would cut the amount of cash some banks must hold as reserves by 50 basis points.

The European autos sector was hit by trade tensions between Washington and Europe, falling 2.4 percent and set for its seventh straight day of losses after U.S. President Donald Trump said on Friday he aimed to hike tariffs on EU car imports by 20 percent.

A senior European Commission official said on Saturday the European Union would respond to any U.S. move to raise tariffs on cars made in the bloc.

Harley-Davidson Inc said on Monday it would move production of motorcycles shipped to the European Union from the United States to its international facilities and forecast the trading bloc's retaliatory tariffs would cost the company $90 million to $100 million a year.

The growing disputes have led investors to take refuge on safer ground.

Meanwhile, oil fell as investors prepared for an extra 1 million barrels per day in output to hit the markets after OPEC and its partners agreed to raise production.

The Turkish lira rose on expectations of a stable government after Recep Tayyip Erdoğan and his ruling AK Party claimed victory in presidential and parliamentary polls.

Bitcoin steadied after hitting seven-month lows over the weekend as the security of cryptocurrency exchange operators came under more scrutiny.