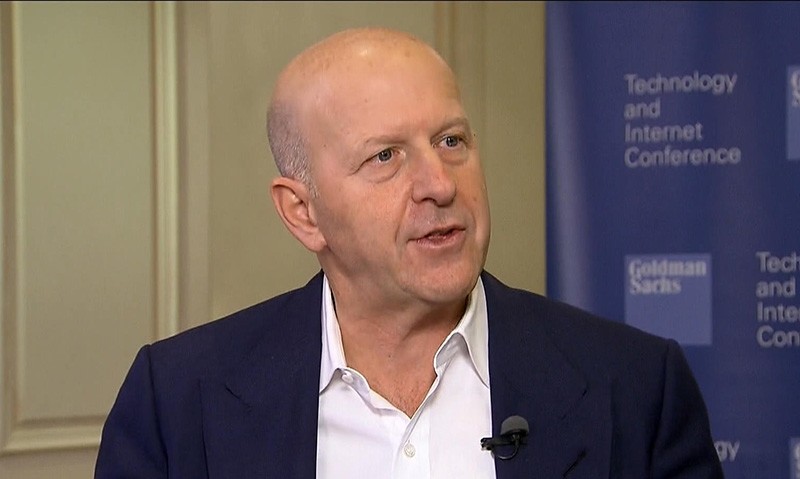 | Goldman Sachs President David Solomon during interview with Bloomberg
by Daily Sabah with Reuters
Jul 16, 2018 12:00 am

The announcement could be made as soon as Monday, the paper reported on Sunday citing sources, and will formally establish Solomon as the successor to Lloyd Blankfein.

Blankfein told CNBC earlier this year that he expected Solomon to succeed him when he decides to leave. The Wall Street Journal reported in March that Blankfein could step down as chief executive at the end of the year.

Blankfein, one of the longest-serving CEOs on Wall Street, will stay on for an interim period, The New York Times report said.

Blankfein has been Goldman's CEO for 12 years, although he took a brief leave from the firm in late 2015 and early 2016 due to a cancer diagnosis.

Solomon, who joined the investment bank as a partner in 1999, is currently president and chief operating officer of the bank. He's been a favorite candidate for the position since former joint president and chief financial officer Harvey Schwartz abruptly retired earlier this year.

Solomon is known to be Goldman's lead on key client relationships and hasn't shied away from pressuring investment bankers in the interest of his clients.

He's also known for his side job as a DJ, which has even reportedly led to Goldman securing more business. Known as D-Sol, Solomon recently released his first single, a dance remix of Fleetwood Mac's 1977 hit "Don't Stop," which has over a million listens on Spotify.