The Dude is back to Borsa Istanbul with $100 million bet, Bloomberg says 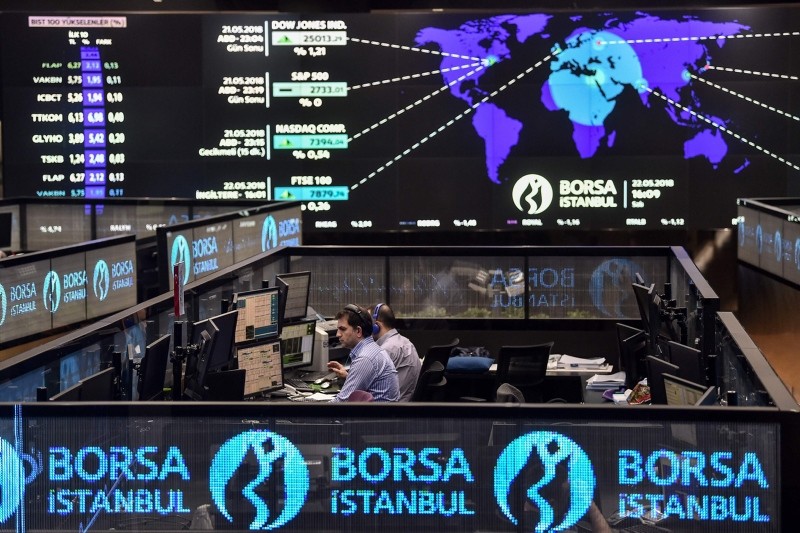 A mysterious investor or group of investors, referred to as "the Dude," has returned to Turkey's stock exchange with a nearly $100 million bet, Bloomberg reported Thursday.

The report said that Yatırım Finansman brokerage house was the biggest net buyer of Turkish stocks in August at 565 million liras ($105 million), nearly three times higher than Credit Suisse at TL 220.1 million. The article said that these purchases helped Borsa Istanbul gain 3 percent while the lira retreated to 5.50 against the dollar on Thursday, shedding some 4 percent in the day.

Bloomberg said 31 out of 48 Turkish brokerages tracked have been net sellers this week, with the biggest net sales coming from Iş Yatırım, Yapı Kredı and Merrill Lynch. The relations between the top buyer and top seller is also interesting considering Iş Yatırım is the subsidiary of Iş Bank, the country's largest private bank that has the controlling shares in Turkish Industrial Development Bank (TSKB) that owns Yatırım Finansman.

"The Dude" bought TL 96 million ($18 million) worth of shares in Garanti Bank, one of the biggest private lenders in Turkey, followed by petrochemicals company Petkim, steelmaker Kardemir, national defense contractor ASELSAN and another steelmaker, Erdemir, the report said, whereas its biggest net sales were in public lender Halkbank and Doğan Holding.

Purchases from Yatırım, nicknamed "the Dude," were the talk of international markets in April 2017 when Borsa Istanbul's benchmark BIST 100 index increased by nearly 2 percent and banks index by 4 percent on April 10, the first trading day of the week capped with a constitutional referendum on April 16. Then, Yatırım's net purchases again tripled its closest follower BGC Partners at 210 million liras ($56 million) in a single day, sending Turkish stocks surging among the best performers in the world.

The same brokerage was also in the spotlight in 2016 and 2014, when "the Dude" was suspected of buying huge volumes of Turkish stocks and steering the market's direction.

Who is "the Dude"? No one seems to have a clue. However, Bloomberg previous quoted Yatırım's former chief executive officer Seniz Yarcan telling local economy newspaper Dünya that trades by "the Dude" are not by a single investor, "but a big, new fund-investor profile that trades with algorithms."