'Deposits will not be seized,' Finance Minister Albayrak says 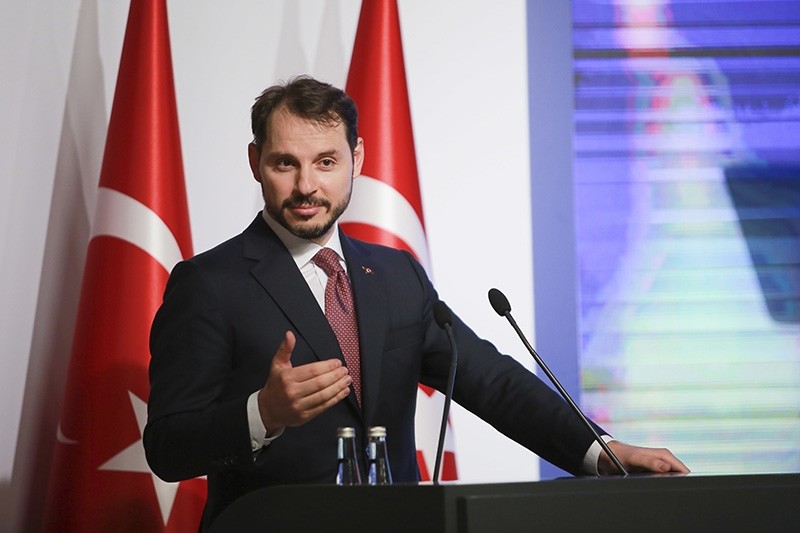 Turkey's treasury and finance minister early Monday vowed to fight "lies" that deposit money would be seized or that foreign currencies in bank accounts would be converted into Turkish liras, saying that no such steps will be taken.

"Deposit money will not be seized. Foreign currencies in bank accounts will not be converted into Turkish liras. However, those lies will be fought off until the end in the judicial sphere," Berat Albayrak tweeted.

"Our institutions will take the necessary steps to relax the markets," he said.

Albayrak said they prepared the plan together with banks for the real sector, the sector the most affected by recent currency fluctuations.

"We will take the necessary steps rapidly, together with our banks and the Banking Regulation and Supervision Agency," he added.

Albayrak's remarks follow a speech by President Recep Tayyip Erdoğan on Sunday in the northern province of Trabzon in which he said it was responsibility of both the state and industrialists and merchants to keep the nation on its feet, otherwise they would have to implement plan B or plan C.

"This perception operation is part of the economic war that our country is facing," Altun tweeted.

He added that the Turkish president did not mention seizure of deposit accounts anywhere in his speech in Trabzon.

Altun said Erdoğan's words were a warning against the exit of foreign currency from Turkey.

He said as Erdoğan did not give any detail about plan B or plan C, it is ''unacceptable'' to produce imaginary scenarios and try to disturb market actors.

"Turkey is facing an economic war. However, our economy is strong, we will win this war in unity of the nation with the state!" Altun added.

In his speech, Erdoğan, referring to industrialists, said, ''Do not prefer to rush to banks and buy foreign currency. You would do the wrong thing if you resort to such options just to be on the safe side. You should know that it is both our and industrialists' and merchants' responsibility to keep this nation on its feet. Otherwise, we would have to implement plan B or plan C.''