US dollar tumbles more than 5 percent against the Turkish lira 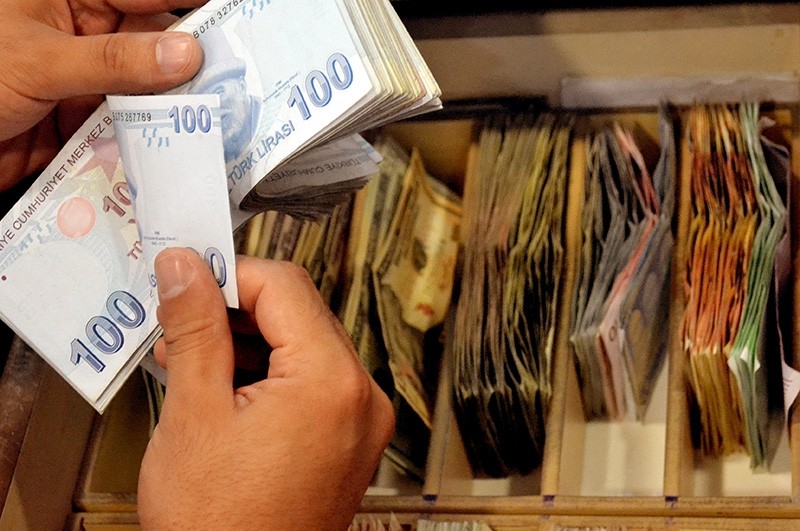 The U.S. dollar tumbled more than 5 percent against Turkish lira on Tuesday, falling to 6.4591 after opening the day at 6.8839.

European shares rebounded Tuesday as the Turkish currency firmed, thanks to reassurances from the Central Bank of the Republic of Turkey (CBRT) and the government.

Investor confidence was also boosted as Turkish Minister of Treasury and Finance Berat Albayrak announced he would hold a conference call with investors from the United States, Europe and the Middle East on Thursday, his first since assuming the post two months ago.

The retreat of the dollar comes one day after the CBRT moved "to support financial stability and sustain the effective functioning of markets," introducing measures on the Turkish lira and the foreign exchange market (FX) liquidity management.

The bank said it would provide all the liquidity needed by banks and closely monitor markets and prices, while raising collateral FX deposit limits for lenders' lira transactions from 7.2 billion euros ($8.2 billion) to 20 billion euros.

The central bank also said it would provide TL 10 billion ($1.5 billion), $6 billion and $3 billion equivalent of gold liquidity to the financial system.

Turkish officials on Monday warned against believing speculative reports on the economy, as President Recep Tayyip Erdoğan said, "Turkey's economic dynamics are solid, strong and intact, and they will continue to be intact."