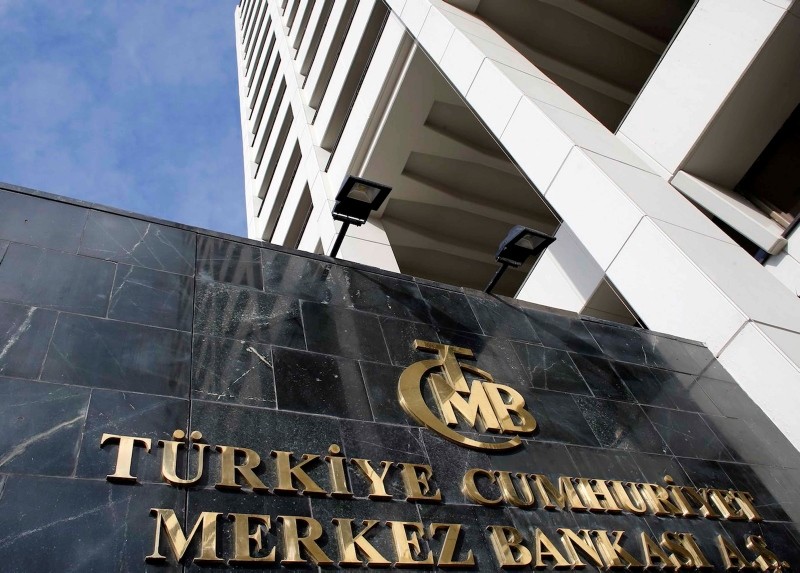 The hike, which was anticipated by almost all economy experts and market figures, was higher than the average market expectation of 400 to 500 basis points. According to Anadolu Agency's survey on Monday, a group of 17 economists expected a rise in one-week repo rate with a median of 425 base points, i.e. 4.25 percentage points.

Following the CBRT's announcement, the Turkish lira strengthened to 6.0151 against the U.S. dollar from a 6.45 level, gaining nearly 5 percent. Later the currency rate stabilized around 6.20 with lira's gains at some 2.2 percent.

The committee said that a "more significant rebalancing trend" was observed in Turkey's economic activity and that external demand "remained strong" with an accelerated slowdown in domestic demand.

Later in the day, Minister of Treasury and Finance Berat Albayrak praised the move, saying "Central Bank took the necessary steps in the fight against inflation, after October inflation rates will fall."

On Monday, the country's statistical authority TurkStat announced that Turkey's economy grew by 5.2 percent in the second quarter of this year compared with the same period last year.

"Price increases have shown a generalized pattern across sub-sectors, reflecting the movements in exchange rates. Deterioration in the pricing behavior continues to pose upside risks on the inflation outlook, despite weaker domestic demand conditions," the CBRT statement said, adding that "a strong monetary tightening" would be implemented to support price stability.

It also said that the "tight stance in monetary policy" would continue until further improvement in the inflation outlook.

The U.S. dollar/Turkish lira exchange rate saw harsh fluctuations as lira lost around 40 percent against the dollar since the beginning of this year.

"Inflation expectations, pricing behavior, lagged impact of recent monetary policy decisions, contribution of fiscal policy to the rebalancing process, and other factors affecting inflation will be closely monitored and, if needed, further monetary tightening will be delivered," the statement said.

According to TurkStat, Turkey's annual inflation was 17.90 percent in August, up from July's figure of 15.85 percent.

Over the past five years, the annual inflation saw its lowest level at 6.13 percent in April 2013, while the figure reached its highest level last month.

Earlier on Thursday, President Recep Tayyip Erdoğan said his sensitivity regarding high interest rates remained the same, but added that the Central Bank was independent in its decisions.

"The Central Bank is independent, it takes its own decisions. But there are also private banks, they are acting according to what? They act according to the Central Bank's decisions and there are currently rates as high as 50 percent in practice," Erdoğan said, underlining that such sharp profits could only be gained through narcotics.

Burak Kanlı, chief economist at QNB Finansinvest, said the central bank has succeeded in defeating perceptual deterioration, adding that the dollar-lira exchange rate is expected to fall below 6 percent in the coming period and the excessive movements in the exchange rate to come to an end.

Accordingly, Kanlı suggested that this decision will lead to a slight decline in long-term interest rates. "On the contrary, I think that the increase in interest rates will have a positive effect on growth," he continued. "Because, in the two months, we saw that sharp depreciation and uncertainty in the exchange rate could have a much more devastating effect on the Turkish economy, which had a high current account deficit, than high interest rates."

Alternatif Bank economist Serdar Şenol, on the other hand, said that after the CBRT's decision, the lira is positively dissociating, adding they expect the strengthening of lira assets to continue.

TEB Investment strategist Işık Ökte stressed that the CBRT raised the one-week repo rate by 625 basis points to 24 percent, while market expectation stood at 21 percent, pointing out that the central bank took a critical step toward lowering lira volatility rates.

Arguing that the dollar-lira exchange rate could move toward the first critical support of 5.9744 due to the high level of lira open position, Ökte highlighted that the Borsa Istanbul (BIST) 100 index could test the resistance level of 95,200 points.

Meanwhile, GCM Securities research expert Enver Erkan said it can be envisaged that the interest rate decisions of the central bank may bring competitiveness to the lira, suggesting that it can also be considered as a front-loaded interest rate increase against inflation because monthly inflation, which is expected to be high in September and October, could bring annual inflation above the 20 percent band.

"In this respect, the fact that Turkey can compete with the EM markets and that real income has been increased in terms of providing short-term foreign exchange inflow to the country is positive," Erkan said. "The CBRT also sent a message to investors by the raising interest rate higher than the market's expectation."