Foreigners sell $1.1B of Saudi stocks in a week as Khashoggi murder rattles investors 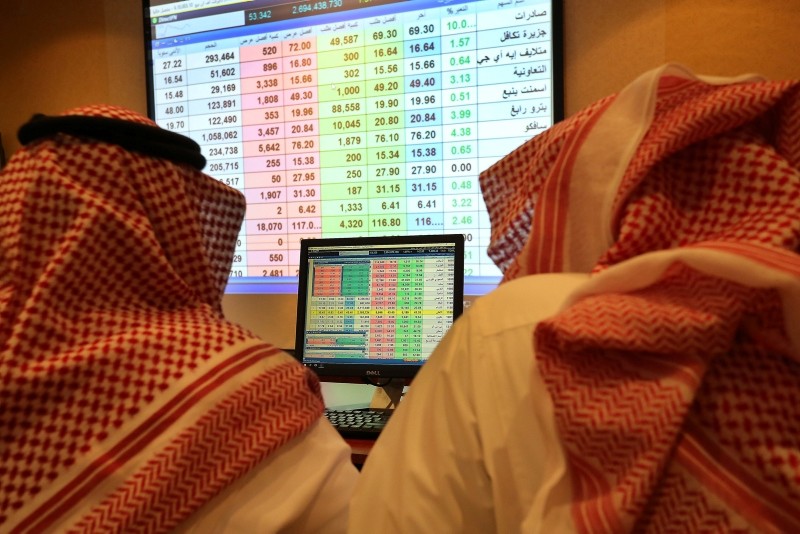 Saudi traders follow shares on screen at the stock market trading room in Riyadh, Saudi Arabia, 15 October 2018. (EPA Photo)
by Oct 21, 2018 12:00 am
Foreigners sold a net 4.01 billion riyal ($1.07 billion) in Saudi stocks in the week ending Oct. 18, exchange data showed on Sunday - one of the biggest selloff since the market opened to direct foreign buying in mid-2015.

The selloff came during a week when investors were rattled by Saudi Arabia's deteriorating relations with foreign powers following the disappearance of journalist Jamal Khashoggi.

Riyadh said on Saturday that Khashoggi died in a fight inside its Istanbul consulate, its first acknowledgement of his death after denying for two weeks that it was involved in his disappearance.

A breakdown of the data showed foreigners sold 5 billion riyals worth of stocks and bought 991.3 million worth.

The Saudi stock market is down about 4 percent since Khashoggi's disappeared. The market had started to weaken before the incident as foreign funds slowed their buying after MSCI's announcement in June that the kingdom will be included in its global emerging market benchmark next year.

As of Sunday, the Saudi index was up 5 percent so far this year, but down 5 percent this quarter.