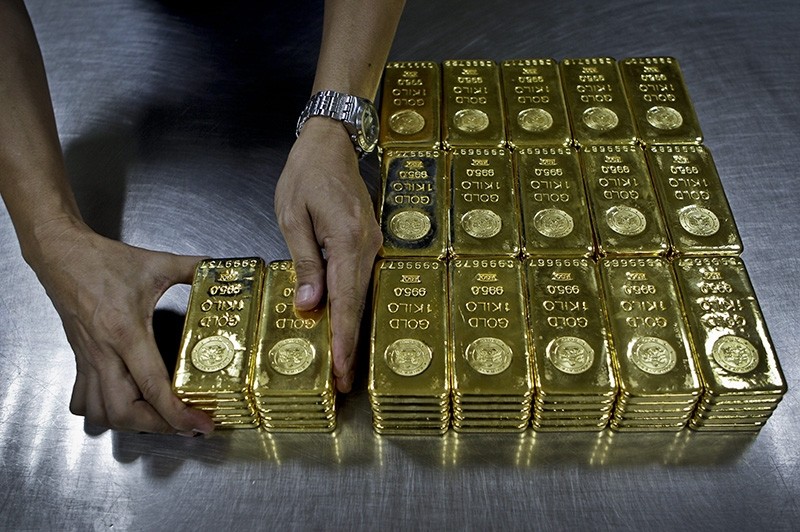 As the demand for gold increased 74 percent globally in 2018, Russia, Turkey and Kazakhstan became the world's top buyers of gold, a recent report showed.

According to the report published by World Gold Council (WGC), the amount of gold bought by central banks around the world in 2018 came to 651.5 tons – its highest point since 1971.

Russia, as a result of its de-dollarization economic policy, bought 274.3 tons of gold in 2018, making it the biggest buyer of gold last year.

After Russia, Turkey became the second largest buyer by increasing its gold reserves by 51.5 tons.

Kazakhstan, which had been increasing its gold purchases for the past eight years, took third place by buying 50.6 tons of gold last year.

Together with these purchases, the total gold reserves of the world's central banks reached 34,000 tons in 2018.

The report also highlighted that because of an increased sense of risk and economic uncertainties, central banks are varying their reserves and focusing on investing in safer assets.