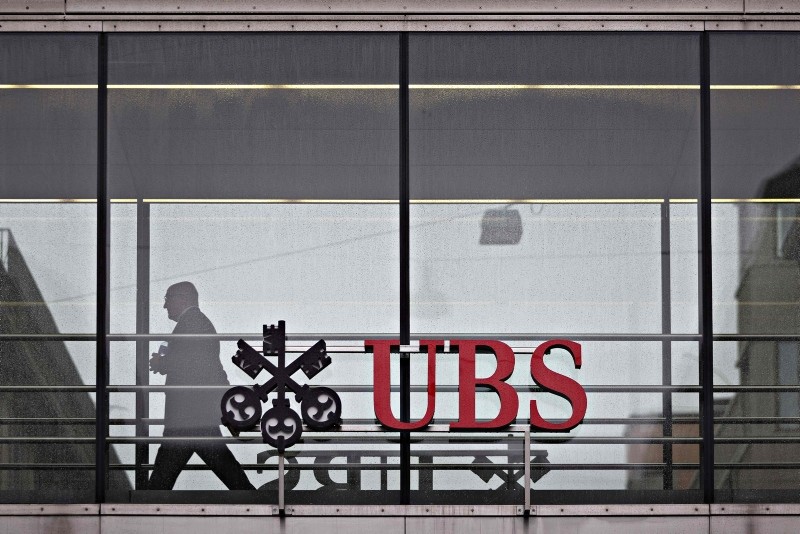 One of the world's largest wealth management banks, UBS slammed the ruling and vowed to appeal.

It denied criminal wrongdoing, saying in a statement that the conviction was based on "unfounded allegations of former employees." UBS suggested the ruling was based on French prejudice against Swiss tax practices and insisted that it was only offering "legitimate and standard services under Swiss law that are also common in other jurisdictions."

The fines were in line with the prosecutor's request.

Investigators say the Swiss bank sent employees to solicit wealthy executives or athletes during sport or music events in France, urging them to place their money in Switzerland. The assets illegally concealed by French clients in Switzerland in 2004-2012 allegedly amounted to some 10 billion euros ($10.75 billion).

French national financial prosecutors and UBS representatives initially sought a plea bargain, but UBS rejected the out-of-court settlement — reportedly 1.1 billion euros — as too pricey. UBS said at the time that it disagreed with "the allegations, assumptions and legal interpretations being made."

Advocacy groups that had fought for more bank transparency since the global financial crisis a decade ago cheered Wednesday's decision.

UBS agreed to pay $780 million in a 2009 deal with U.S. authorities over American tax cheats, part of a broader probe that targeted more than a dozen Swiss banks. The investigation marked a turning point for Switzerland's long-held bank secrecy laws, forcing the Swiss government to address concerns about foreign clients with hidden accounts.

Switzerland has worked in recent years to shed its image as a haven for tax evasion and money laundering that has been carried out through the misuse of its banking secrecy policies.

The UBS case was among the first tackled by the French national financial prosecutor's office, created in 2013. The ruling is viewed as a harbinger for similar French cases still under way, including one against London-based bank HSBC.

In the UBS case, French authorities determined that more than 10 billion euros had been kept from the eyes of their tax officials between 2004 and 2012.

The National Financial Prosecutor's office has said the bank and its directors "were perfectly aware that they were breaking French law" by soliciting clients and helping them evade French taxes.

Only one defendant, Raoul Weil, a former number three at UBS, was found not guilty because he did not have any direct dealing with the French market.

UBS, which had been ordered to post 1.1 billion euros in bail, has denied the charges and said its operations complied with Swiss law.

It also says it was "unaware" that some French clients had failed to declare assets in Switzerland, and that prosecutors have not produced any proof, such as client names or account numbers, to back up their fraud claims.

UBS was accused of organising or inviting prospective clients to prestigious outings such as the French Open or luxury hunting retreats, where bankers would meet their "prospects" -- something they were not allowed to do under French law.

UBS France directors then used notes called "milk tickets" to keep track of how many "milk cans" -- amounts of money -- were transferred to Swiss accounts.

Only one "milk ticket" was found during the inquiry, but prosecutors pointed to the roughly 3,700 French UBS clients who took advantage of an amnesty to regularise their tax declarations with the French authorities.

"Until now one spoke of how banks were fined billions in the United States, but only a few million in France", which has harmed France's credibility in fighting fraud, Sapin said.

Tax fraud is a hot issue in France, where former budget minister Jerome Cahuzac, whose brief in government was to crack down on tax dodgers, was sentenced in 2018 to three years in jail for tax fraud and money laundering.

UBS has been embroiled in a series of similar cases, most notably in the United States, where authorities said the bank used Switzerland's banking secrecy laws to help rich clients avoid taxes.

In 2009 it paid $780 million to settle charges it helped thousands of American citizens hide money from the Internal Revenue Service.

The bank agreed to turn over information on hundreds of clients, severely denting Switzerland's long tradition of shielding banking clients and their operations.