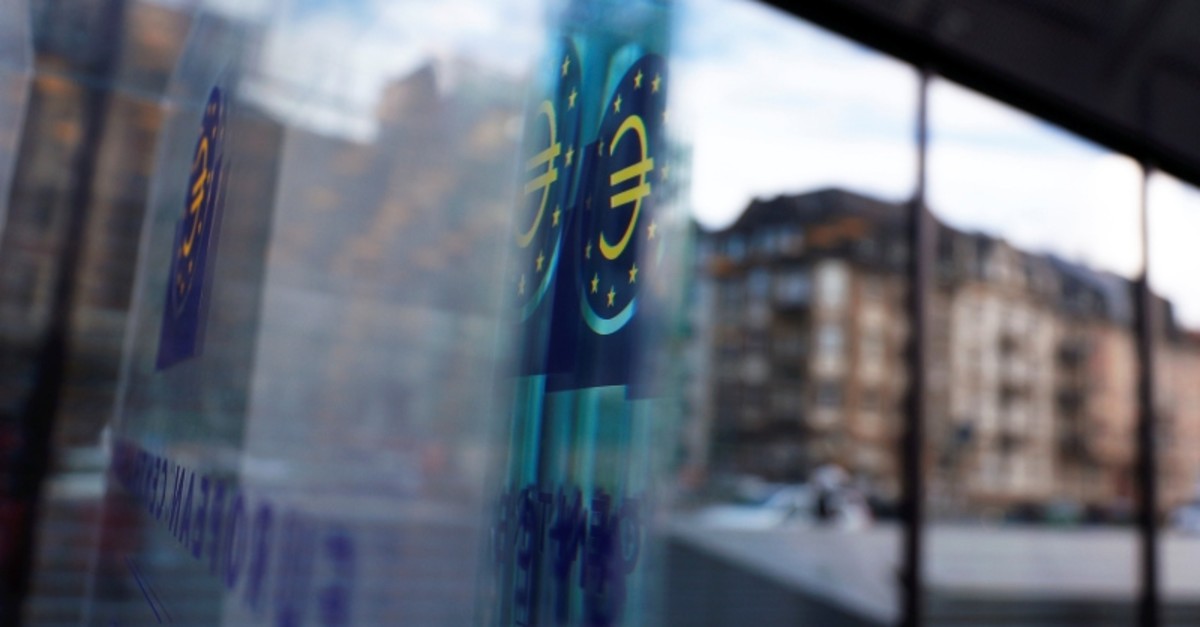 Reflection of the sign of the European central Bank (ECB) is seen ahead of the news conference on the outcome of the Governing Council meeting, at the ECB headquarters in Frankfurt, Germany, March 7, 2019. (Reuters Photo)
by Associated Press Mar 07, 2019 4:27 pm

The European Central Bank took unexpectedly quick action Thursday to support a weakening economy, pushing back the earliest date of interest rate increases and announcing a new round of cheap loans to banks.

The bank said Thursday after its regular policy meeting that it would not raise rates before the end of this year at the earliest. Previously, it had said that earliest rate hike would come in the fall.

It also said it would offer a new series of ultra-cheap loans to banks, supporting their ability to keep lending to businesses.

The ECB's action came earlier than expected by some analysts, and appears to signal concern that the weakness in economic growth could be more than a blip and threatens to turn into a more lasting downturn.

The ECB is following the U.S. Federal Reserve in adjusting course as the global economy shows signs of trouble. The Fed has signaled a pause in its rate increases and in its efforts to reduce its stock of bonds purchased under earlier stimulus efforts.

Attention will next turn to a news conference by ECB President Mario Draghi.

Only in December, the ECB was confident enough to end almost four years of stimulus through monthly bond purchases amounting to 2.6 trillion euros (2.9 trillion). The purchases were a way of pushing newly created money into the economy to raise inflation from dangerously weak levels and support a recovery from the Great Recession and a crisis over too much debt in the eurozone.

Yet even as the bank was bringing that stimulus effort to an end, economic signals began to weaken. The eurozone has decent domestic demand but has suffered from weaker global trade.

The outlook is uncertain due to the possibility of a chaotic British exit from the European Union without a negotiated transition agreement, and the chance that U.S.-China trade talks will not reach a deal that would remove the possibility of further tariffs that would weigh on global trade. U.S. President Donald Trump has threatened tariffs on auto imports that would hit European automakers, but has held off for now.

The ECB meanwhile kept on hold its key interest rates. Those are at zero for lending to banks and at minus 0.4 percent rate on deposits from commercial banks.