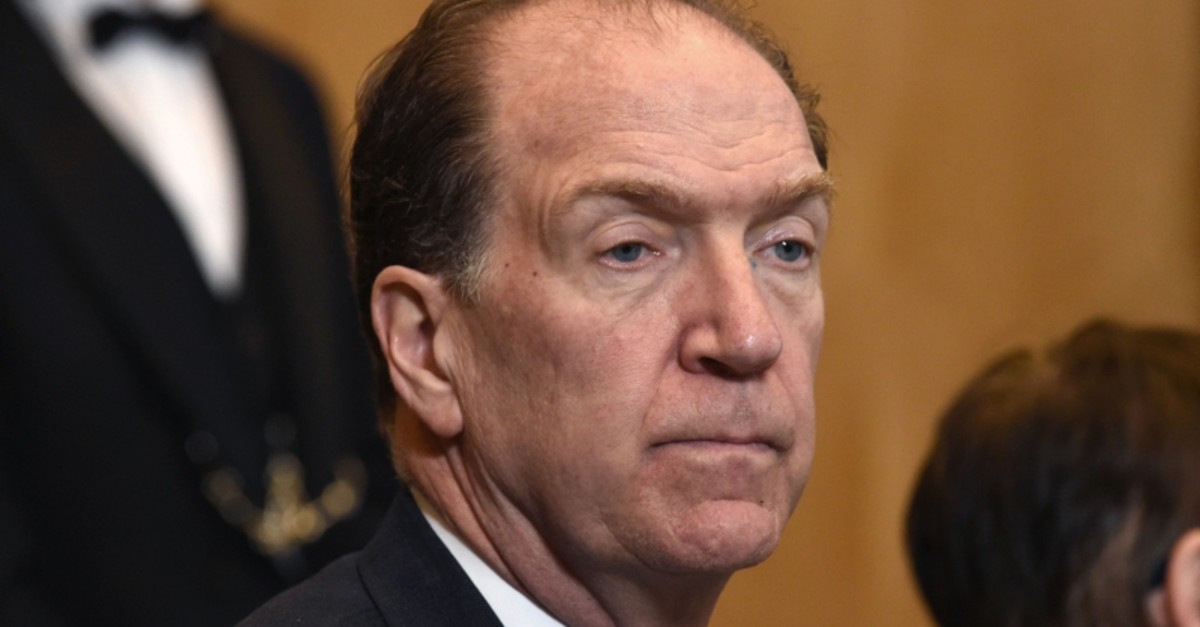 In this file photo taken on Feb. 27, 2019, candidate to lead the World Bank David Malpass listens during a press conference by the U.S. Treasury secretary and French finance minister at the economy ministry in Paris. (AFP Photo)
by Mar 14, 2019 12:00 am

The World Bank confirmed Thursday that senior U.S. Treasury official David Malpass was the lone candidate nominated to take over the helm of the development aid institution.

Nominations closed Thursday morning, and the World Bank board said it will conduct a formal interview and make a decision before the Spring meetings of the World Bank and International Monetary Fund, which are to be held April 12-14.

The surprise early departure of World Bank President Jim Yong Kim on Feb. 1, not even halfway through his second five-year term, gave U.S. President Donald Trump the opportunity to put his stamp on the organization.

Malpass, a 62-year-old Treasury official in charge of international affairs, has been a strident critic of the international financial institutions, calling their lending practices "corrupt" and complaining about aid to China and other relatively more well-off countries that he says should have graduated from the institutions.

The World Bank has been led by American men since its founding in the aftermath of World War II, while its sister institution, the IMF has always been led by a European.

Any of the 189 members could nominate a candidate, but only once was a non-American nominated to lead the bank.

The United States is the biggest World Bank shareholder but it does not have a veto and needs the backing of European nations in a simple majority vote by the board.

Experts have reasoned that Europe does not want to give up the leadership of the IMF -- where France's Christine Lagarde is at the helm -- and therefore was not likely to support a rival candidate at the World Bank.

Many, including former Treasury officials from both political parties, have sharply criticized Malpass and his qualifications, pointing to his failure to foresee the global financial crisis and opposition, which later proved unjustified, to Federal Reserve policies.