JPMorgan record not so clean with money laundering, manipulation 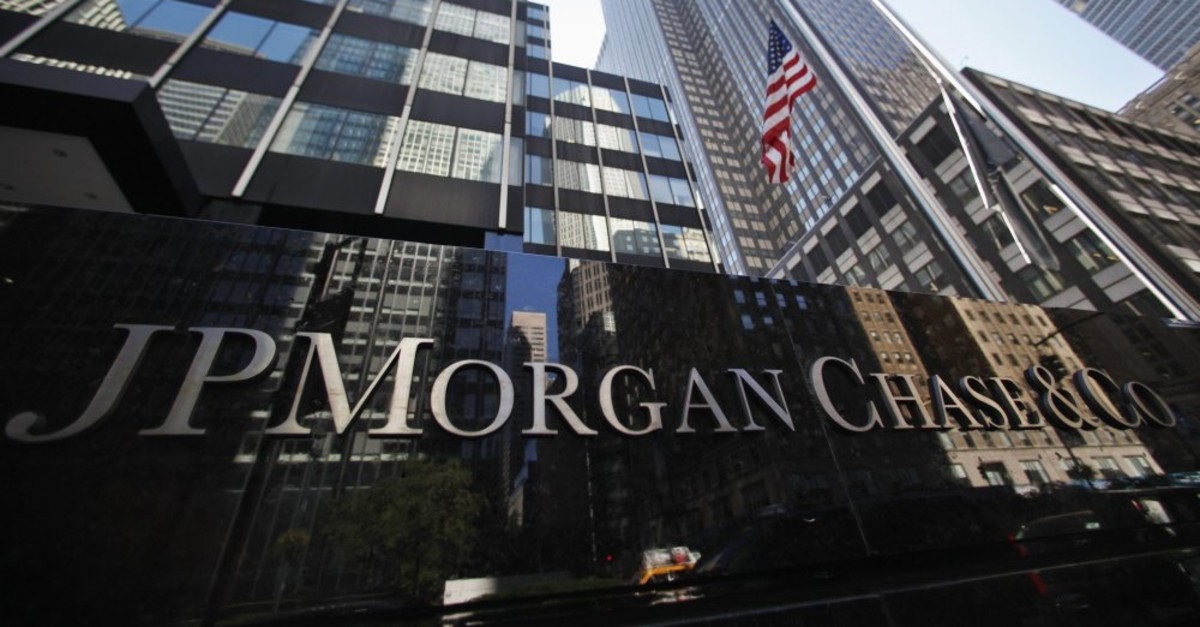 The impressive history of the U.S.-based investment bank JPMorgan Chase is littered with cases of money laundering, sanctions-busting and market manipulation; these criticisms have surfaced once again after its report on the Turkish lira caused high volatility in the currency in Friday's trading

Always listed among the top 10 investment banks in the world, JPMorgan Chase has an outstanding reach across the global markets, engaging in financial transactions from Asian to American markets. And this overarching presence comes with the power to manipulate and speculate over markets, yielding repercussions for the national assets, bonds, stocks or currencies. This aspect of JPMorgan Chase's operations has come to the agenda with a recent note the bank shared with investors on the Turkish lira, which further exacerbated the slide in the currency and resulted in a broad probe into the bank's operations.

This recent act of JPMorgan Chase, which illicited a response from the Turkish government, however, is not the sole doubtful "note" of "investment advice" from the bank. The history of JPMorgan Chase is, so to speak, is full of examples of financial crimes and those crimes have not missed a punitive result for one of the world's largest investment banks.

In October 2018, the U.S. Treasury imposed a $5.3 billion fine in a settlement with JPMorgan Chase for the violation of Cuban Assets Control Regulations, Iranian sanctions and Weapons of Mass Destruction sanctions 87 times. Back then, the U.S. Treasury also said it had found the bank violated sanctions on narcotics and Syria, when it processed 85 transactions and maintained accounts for six sanctioned individuals.

In December 2018, JPMorgan Chase agreed to pay $135 million to settle Securities and Exchange Commission (SEC) allegations that it mishandled U.S. securities that represent shares of foreign companies, the latest bank fined in an industry crackdown on the practice. The bank improperly provided what's known as American depository receipts (ADR) to brokers when neither the brokers nor their clients held shares in foreign companies that were required to support such transactions.

Again in December 2018, the Hong Kong Monetary Authority (HKMA) said on Friday that it had fined the Hong Kong branch of JPMorgan Chase $1.60 million and reprimanded it for breaching anti-money laundering and counter-terrorist financing rules. An investigation by the HKMA had found that between April 2012 and February 2014 JPMorgan Hong Kong contravened six provisions of the anti-money laundering and anti-terrorist financing rules.

In 2016, an investigation by U.S. authorities found out that the JPMorgan Chase hired children of Chinese authorities from 2006 to 2013 in order to do jobs in China. The bank had to pay a $264 million fine to settle claims that its hiring violated the Foreign Corrupt Practices Act (FCPA).

In 2014, JPMorgan Chase agreed to pay over $2 billion for failing to alert federal courts about the largest Ponzi scheme fraud in U.S. history, the Bernie Madoff scandal. The bank had to pay over $1 billion to settle criminal charges, millions to settle civil claims by Madoff's victims and millions to be paid to the Treasury Department.

Serving as Madoff's primary bank for more than two decades, JPMorgan had a unique window into his scheme. In a document outlining the bank's wrongdoing, prosecutors had argued that "the Madoff Ponzi scheme was conducted almost exclusively" through various accounts held at JPMorgan. A fraudulent investor, Bernie Madoff was estimated to have swindled nearly $65 billion into his own accounts.

In 2013, the American investment bank was fined $13 billion for its manipulations on the quality of the mortgages it had been selling to investors in the runup to the 2008 financial crisis. The deal included a $4 billion consumer relief package, and a $4 billion settlement with the Federal Housing Finance Agency, which oversees government mortgage financing companies Fannie Mae and Freddie Mac.

Again in 2013, the bank had to pay $410 million in fines for its manipulation of the American power market in California and the Midwest, as an investigation by the U.S. Federal Energy Regulatory Commission (FERC) revealed. JPMorgan Ventures Energy Corp, the commodity trading unit of the bank, agreed to pay a civil penalty of $285 million and disgorge $125 million for "manipulative bidding strategies" from September 2010 through November 2012.

In 2010, JPMorgan Chase was fined $49 million by the Financial Services Authority (FSA) of the U.K. for failing to protect billions of dollars of client money over almost seven years between November 2002 and July 2009.