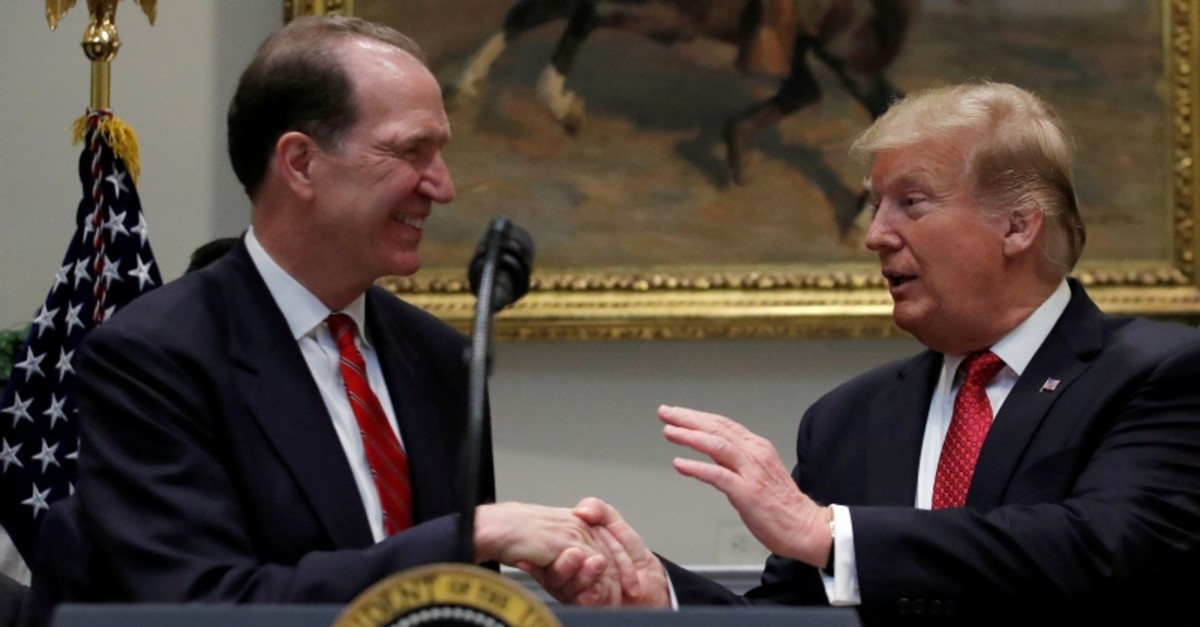 David Malpass, a senior U.S. Treasury official in President Donald Trump's administration, was unanimously chosen Friday as the next president of the World Bank.

The selection of Malpass by the bank's board of directors followed an "open, transparent" nomination process in which citizens of all membership countries were potentially eligible, the bank said in a statement.

But since the bank's creation following World War II, all of its presidents have been American men, following an unwritten rule that also ensures European leadership at the top of its sister institution, the International Monetary Fund.

The announcement on Friday came as expected just prior to next week's joint spring meetings of the World Bank and the IMF.

Malpass had been the lone candidate for the job and his nomination by Trump earlier this year sparked outrage among critics, who saw it as an affront to the global anti-poverty lender's very mission.

The 63-year-old U.S. Treasury official in charge of international affairs has been a strident critic of global financial institutions -- calling their lending practices "corrupt" and ineffective, and complaining they are overly generous to China.

He has softened his message recently, however, saying he was committed to the bank's mission of eliminating extreme poverty, and that reforms enacted last year had addressed many of his criticisms.

The bank has been at pains to stress that it has heard such criticisms and now allows a more open process. But the few non-American candidates in recent years have received little support from major bank shareholders.

Many, including former Treasury officials from both political parties, have sharply criticized Malpass and his qualifications, pointing to his failure to foresee the global financial crisis during his time at the now-defunct investment bank Bear Stearns and his opposition, which later proved unjustified, to post-crisis Federal Reserve policies.