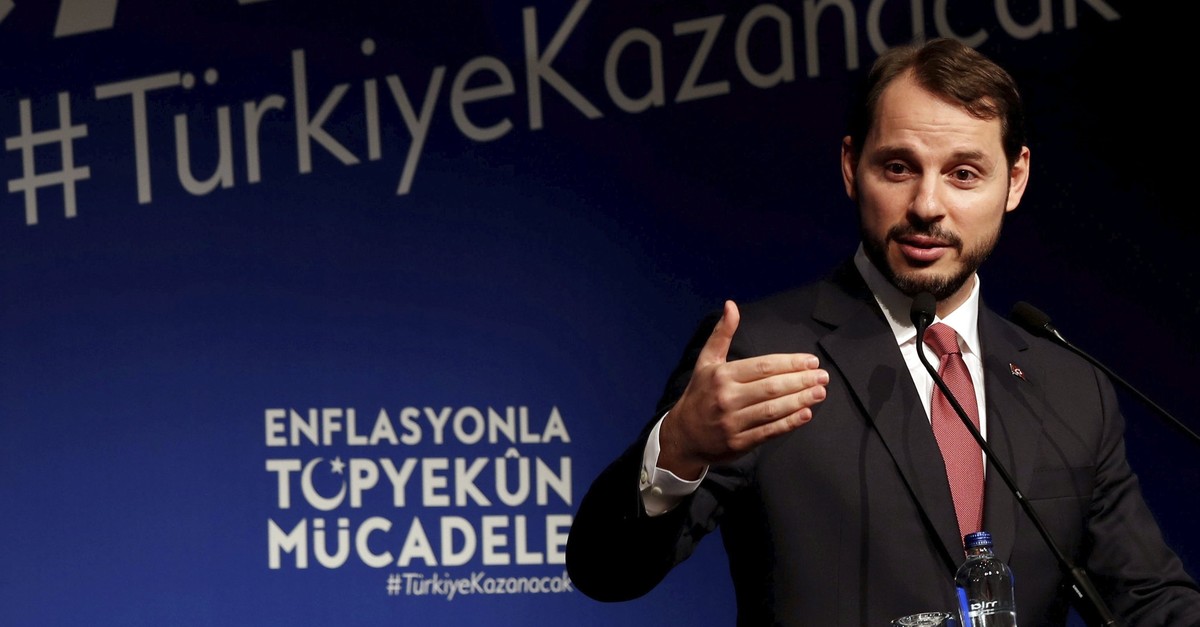 As March 31 municipal elections have finished and a 4.5-year election-free period awaits, the government is now focusing on implementing much-needed structural economic reforms. Thus, Treasury and Finance Minister Berat Albayrak will unveil a new economic road map on April 10, Wednesday. Albayrak will announce a reform package to be implemented in line with the targets set out in the New Economic Program (NEP), which was announced last September.

The comprehensive new reform package should improve Turkey's economic outlook. The economy administration, led by Albayrak, has been working on a reform package for some time now. It includes significant changes in the tax regime, financial structure, agricultural policies and capital markets. The new economic road map to be laid out stipulates a fairer and more inclusive tax regime, reducing indirect taxes.

In a television broadcast last month, Albayrak said Turkey would quickly enter a normalization process following the municipal elections. Turkey will have no election issues for 4.5 years and will swiftly proceed into a new era, he said.

He had noted that after the elections, Turkey would enter a reform period where there will be positive results from the economic rebalancing period. Albayrak noted that in the coming period, Turkey's foreign trade will be balanced and its fragility eliminated. It will take the necessary steps to strengthen its financial ecosystem and monetary and fiscal policies will be normalized in coordination, the minister had said.

It was reported that the transition to a registered economy would be expedited by measures included in the new road map, while the financial structure will be redesigned. To expand capital markets, the reforms will include steps to establish a new fund, boost Istanbul's ranking as an international finance center via regulations and diversify financial derivatives. Moreover, plans to reduce unemployment and ensure a fairer distribution of income will be implemented. Production plans in agriculture will be in the program, while the incentive system will be redesigned. Some analysts expect that the wide range of reforms will also expand into the legal sphere.

In September 2018, Treasury and Finance Minister Albayrak's NEP outlined broad guidelines for the economic rebalancing period. The program shared forecasts for growth, inflation, unemployment and the current account deficit, while suggesting principles to manage these macroeconomic indicators. In 2018, the Turkish economy registered 2.6 percent growth despite turbulent times, while shrinking by 3 percent in the last quarter of the year.

In his first statement on the night of the local elections, President Recep Tayyip Erdoğan pledged a wide range of economic reforms and noted that the government will use the 4.5 year non-election period until 2023 as an opportunity to accomplish much-needed reforms.

He drew attention to upcoming election-free period, which his ruling party Justice and Development Party (AK Party) and government will seize as a period to enact miscellaneous reforms to ensure sustainable, healthy growth and a fair distribution of wealth. Erdoğan had stressed that the government will ramp up efforts to swiftly accomplish much-needed structural reforms.

"We have a very important reform program on our agenda. Turkey will implement a strong economic program without any compromise from free market rules," the president said.

Until 2023, the primary goal is to fortify the economy, sustain Turkey's growth performance based on technology and exports and increase employment, the president noted.