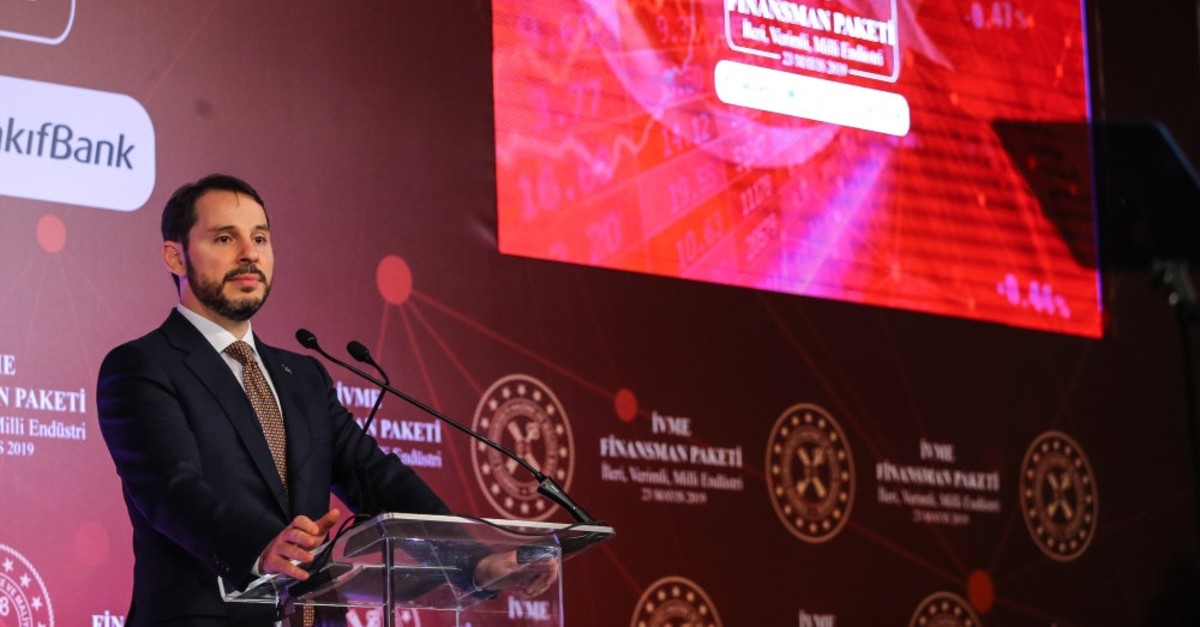 In a bid to primarily ease the financial burden on small and medium-sized enterprises and businesses, the Turkish government and leading banks introduced a new loan package of TL 25 billion

Twelve Turkish lenders will offer small and medium-sized enterprises (SMEs) and businesses a total of TL 25 billion, as part of a new Treasury-backed loan package, the Treasury and Finance Ministry announced Wednesday.

The decision comes after Treasury and Finance Minister Berat Albayrak announced a TL 30 billion İVME (advanced, productive, indigenous, industry) financing package last month. The new package for the real sector would ease the financial burden on enterprises in the first stage and will be backed by the government's Credit Guarantee Fund (KGF), the ministry said. The package will cover both SMEs and all non-SME enterprises that play an essential role in increasing employment and production.

As part of the package, bank loans will have an inflation-indexed variable interest rate, and the decrease in the consumer price index (CPI) will also bring down the cost of loans.

In line with inflation rates expected to decrease, firm financing costs will also be reduced. At the same time, banks will have the opportunity to hedge their asset-liability balance sheets thanks to the inflation index.

Companies to use up to TL 50 million in loans

All loans will have a six-month grace period for the principal amount and the interest rate will be revised every six months according to the CPI level.

The new package is expected to provide significant support to employment and industrial production in particular.

"We will continue to reflect every positive development to our business and citizens and to support our industrialists, tradesmen and SMEs in every situation," Minister Albayrak had said, and in this context, announced financing packages to support the real sector.

The Turkish government and 13 banks joined forces around mid-January to provide a TL 20 billion finance package for SMEs that have annual turnovers of less than TL 25 million. Between 20,000 and 40,000 SMEs were said to benefit from this package.

According to a report by the Organization for Economic Co-operation and Development (OECD), SMEs play an important role in improving efficiency and diminishing inequalities, constituting more than 95 percent of all companies and providing 60-70 percent of employment in OECD member countries.

The primary aim of this TL 30 billion İVME financing package is to take a concrete step toward supporting the passage to export-oriented and high value-added production, one of the most emphasized agenda items in the New Economic Program (NEP), announced last September.

The İVME package also seeks to provide an innovative and important possibility for banks to hedge assets in their balances with the actual consumer price index and the government debt security index.

To be provided by the end of the year, the package will prioritize medium-high technology and high-technology products and sectors, Albayrak had said, with the provision of raw materials, intermediate goods, machinery and agriculture.