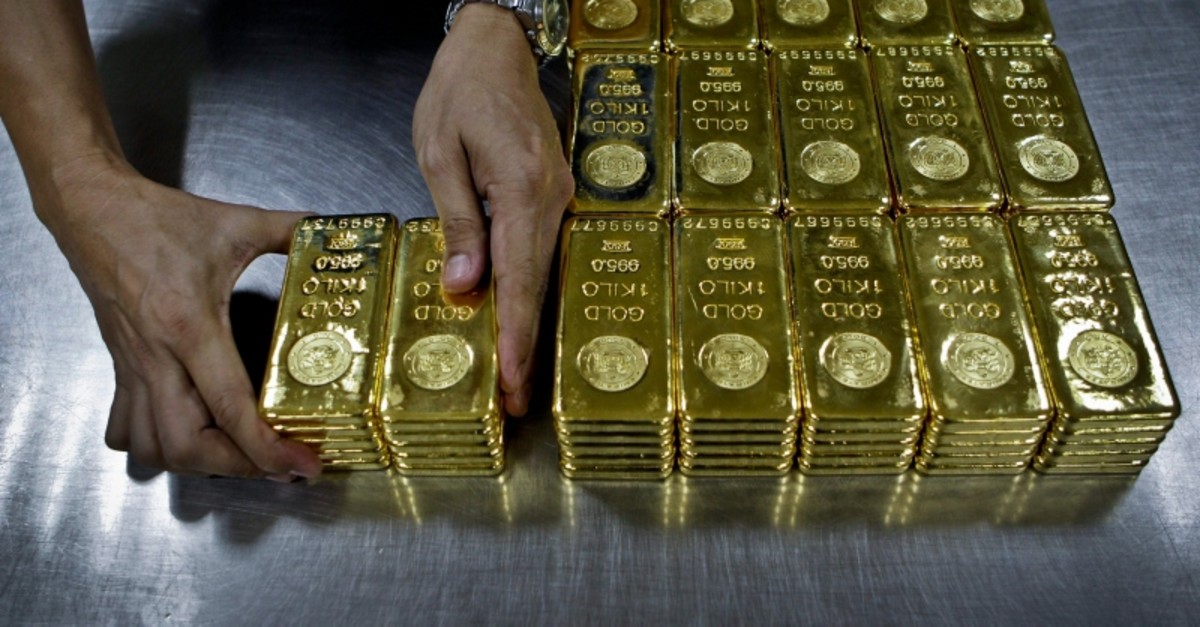 Gold prices broke $1,400 an ounce to hit a near-six-year high on Friday as the weaker dollar, economic concerns and geopolitical tensions saw investors pile into the safe-haven commodity.

Demand surged after the Federal Reserve on Wednesday indicated it would likely cut interest rates soon -- for the first time in a decade -- which sent the dollar tumbling across the board and making it cheaper to buy the yellow metal.

The announcement came as central banks around the world adopt a more dovish stance in the face of a stuttering global economy and as investors fret over the trade outlook with the U.S. and China embroiled in a long-running trade war.

It also coincided with news that Iran had shot down a U.S. drone, which it said was in its airspace, ratcheting up a standoff with Washington and fueling concerns of a conflict between the old enemies.

Gold prices have surged around 10 percent in June and an ounce cost $1,411 in Asian trade, its highest since September 2013.

"Toppling bond yields have historically been significant indicators for the pulse of the markets," said Stephen Innes, managing partner at Vanguard Markets.

"Falling yields continue flashing red with recessionary concerns, while the strengthening yen is a harbinger of market worries, suggesting that haven demand is loading up on risk premiums as the potential for geopolitical trouble mounts."

However, it began falling two years later when the Federal Reserve indicated it would begin winding down its huge bond-buying stimulus program put in place to weather the global financial crisis. The move to tighten monetary policy saw the dollar strengthen, making gold more expensive.

"The past seven years of hawkish promises about higher rates and central bank balance sheet unwinding was, as gold investors warned, a blip in the trend of monetary policy that is loose, looser and looser still," said Ned Naylor-Leylan of Merian Global Investors.