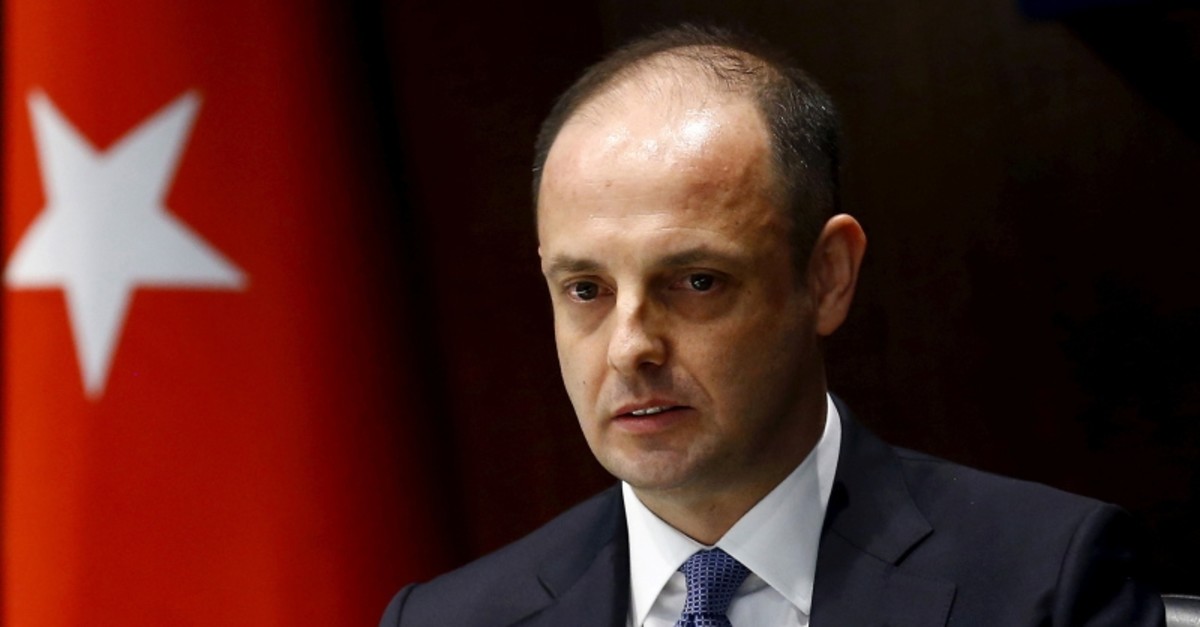 This file photo shows Turkey's new central bank governor Murat u00c7etinkaya speaking during a brief ceremony at which he officially took over from outgoing governor Erdem Bau015fu00e7u0131 in Ankara, Turkey, April 19, 2016. (Reuters Photo)
by Compiled from Wire Services Jul 06, 2019 9:21 am

Turkey removed Murat Çetinkaya as central bank governor early Saturday and replaced him with the bank's deputy governor, Murat Uysal, according to a presidential decree published in the official gazette.

According to a statement by the Central Bank of the Republic of Turkey (CBRT), Uysal said in his first remarks as governor that he will continue to "independently apply monetary policy tools to maintain price stability."

The statement added that Uysal, who had served as deputy governor since June 2016, will hold a press conference in the coming days.

Çetinkaya was appointed to the role in April 2016, replacing Erdem Başçı.

Two government sources told Reuters that differences between the government and the governor over the conduct of monetary policy have deepened in the past few months.

"The difference of opinions between the governor and the ministers in charge of the economy has deepened in the recent period," said one of the sources.

President Recep Tayyip Erdoğan has repeatedly railed against high interest rates and called for them to be lowered in a bid to revive an economy which slipped into recession earlier this year and stimulate growth.

Turkey's main interest rate is 24 percent after the bank under Çetinkaya made an aggressive rate hike of 625 basis points last September following a currency crisis in August.

The Turkish economy shrank for the second straight quarter in early 2019 as a currency crisis and soaring inflation and interest rates took a heavy toll on overall output.

The Turkish lira is down 10% this year after having plummeted 30% last year during the currency crisis. Analysts expect the central bank could ease monetary policy at a July 25 meeting if the lira is not hit this month by threatened U.S. sanctions over Turkey's purchase of a Russian S-400 missile defense system. Following positive remarks after Erdoğan's meeting with U.S. President Donald Trump on the sidelines of G20 Summit in Japan's Osaka, the lira rallied nearly 3 percent last week against the dollar.

The inflation rate fell to 15.72 percent in June from 18.71 percent in May, official statistics showed on Wednesday, the lowest rate in nearly a year after hitting above 25% in October.