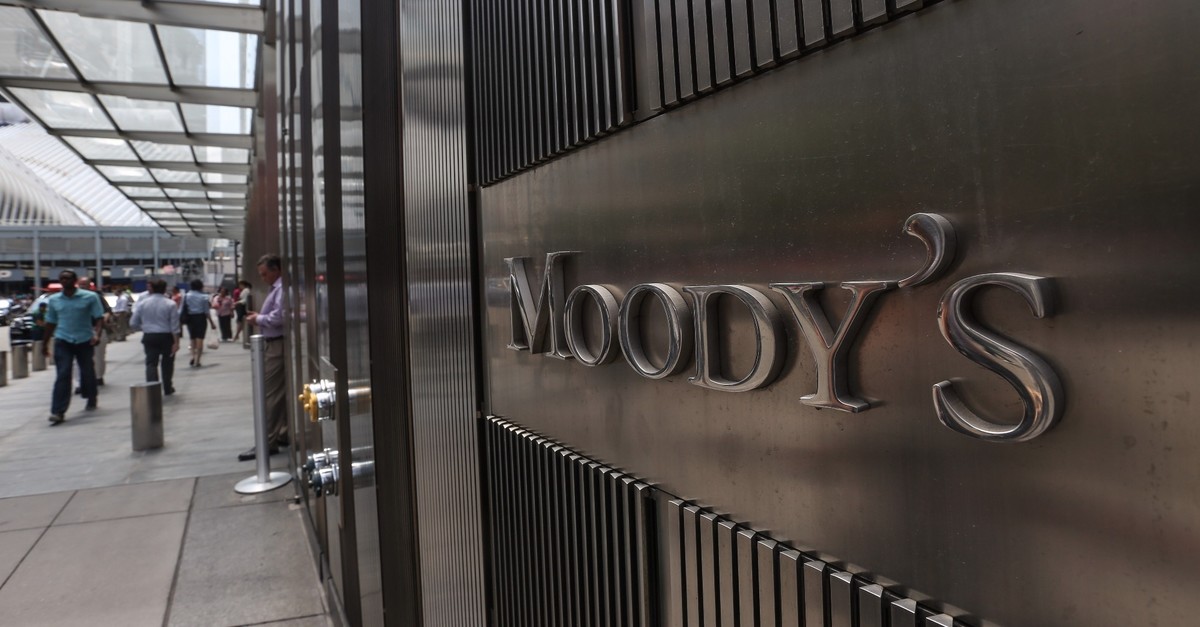 Being at the top of both strategic and locomotive areas, the Turkish banking sector maintains its strong structure with a high capital adequacy ratio and a low non-performing loan ratio, disputing recent assessments by Moody's

Notwithstanding negative assessments announced by the U.S.-based credit agency Moody's earlier last week, the Turkish banking sector draws attention with its robust financial ratios, which all in all contradict the assessment. The recent reports and credit ratings issued by international credit rating agencies regarding the Turkish economy and the banking sector happen to be far from economic fundamentals. The fact that credit rating agencies gave high ratings to bankrupt enterprises just before their bankruptcies in 2008 when the global financial crisis took place and their inability to predict country crises brought about various debates about their reliability.

Over the last decade, both domestic and international credit rating agencies have been the focus of various criticisms on the grounds that they are subjective in their reports with unfair grade reductions.

Moody's gave the upper medium grade of A2, which accounts for low credit risk, for Lehman Brothers on July 17, 2008; however, the company went bankrupt in September 2008. On Sept. 15, 2008, the international credit rating agency again awarded A2 for the AIG insurance company, which was obliged to receive rescue operations worth $180 billion toward the end of 2008.

Moody's, evaluating Turkish banks earlier in the week, said that Turkey's weakening economy would continue to adversely affect banking profits through the increase in non-performing loans (NPL) and the slowdown in loan growth. Moody's also drew a negative outlook for the sector.

The Turkish banking sector comes to the fore with its robust financial ratios, which contrast with Moody's assessment. The sector, which has gained a solid structure with the measures taken after the 2001 crisis, is at the top of both the strategic and locomotive areas of the national economy.

With the economic contraction on an annual basis in the fourth quarter last year and the first quarter of this year, it was observed that companies and households experienced partial difficulties in debt repayment, which led to comments that the banks' NPL ratio could point to sharp increases.

While the NPL ratio of the banking sector standing at 3.22 percent and 3.87 percent, respectively in September and December of last year, this rate rose from 4.04 percent in March this year to 4.18 percent as of May with a limited rise.

Banks' earmarking high provision for NPLs and receiving collateral from companies, the ongoing activities of companies that are under negative monitoring, and the ability of both businesses and households to pay debt prevent sharp increases in NPL rates.

Analysts say that considering the experience of the banking sector in past years, NPL ratios that rest below 5 percent do not pose a risk.

Leading indicators in Europe reveal that economies have slowed down in the Eurozone, while the central banks of developed countries are verbally guiding interest rate cuts and monetary expansion announcements.

The NPL ratio in the European banking sector stands at 3.1 percent as of the end of March this year.

Especially in Greece, where traces of the 2008 financial crisis linger, the NPL ratio in the banking sector remains high with 41.4 percent.

While the NPL ratio in Germany and the U.K., two of the driving countries of the EU, is 1.3 percent, this figure stands at 2.7 percent in France and 3.6 percent in Spain.

The ratio of household debt to national income in Turkey continued to decline in the last five years, dropping to 14.8 percent at the end of last year. Turkey holds the lowest household indebtedness among the G20 countries.

Switzerland was one of the countries with the highest household indebtedness with 128.7 percent at the end of last year, followed by Australia with 120.3 percent, Denmark with 115 percent, the Netherlands with 102 percent, and Canada with 100.7 percent.

The low level of household indebtedness in Turkey, on the other hand, reduces the pressure of the NPL rate in the upward direction.

The capital adequacy ratio (CAR) of the Turkish banking sector stands at 17.07 percent, maintaining a level well above the worldwide average of 8 percent. Although this ratio is updated in line with the risks altering throughout the year and the banks' own asset changes, high CAR ratio is viewed as a healthy development.

The common equity Tier 1 ratio (CET1 Ratio) is another parameter that is of importance for the banking authorities in Europe. When comparing the CET1 Ratio of the Turkish banking sector with the EU average on a country-by-country basis, it turns out that the sector maintains its strong capital structure.

According to data released by the Banking Regulation and Supervision Agency (BDDK) in May, Turkey's CET1 Ratio is at 12.9 percent. March data indicates this rate is slightly above the national average in the EU with 14.7 percent. On a country-by-country basis, Italy, Portugal and France maintain a parallel course with Turkey's average with 13 percent, 13.4 percent and 14.3 percent, respectively.