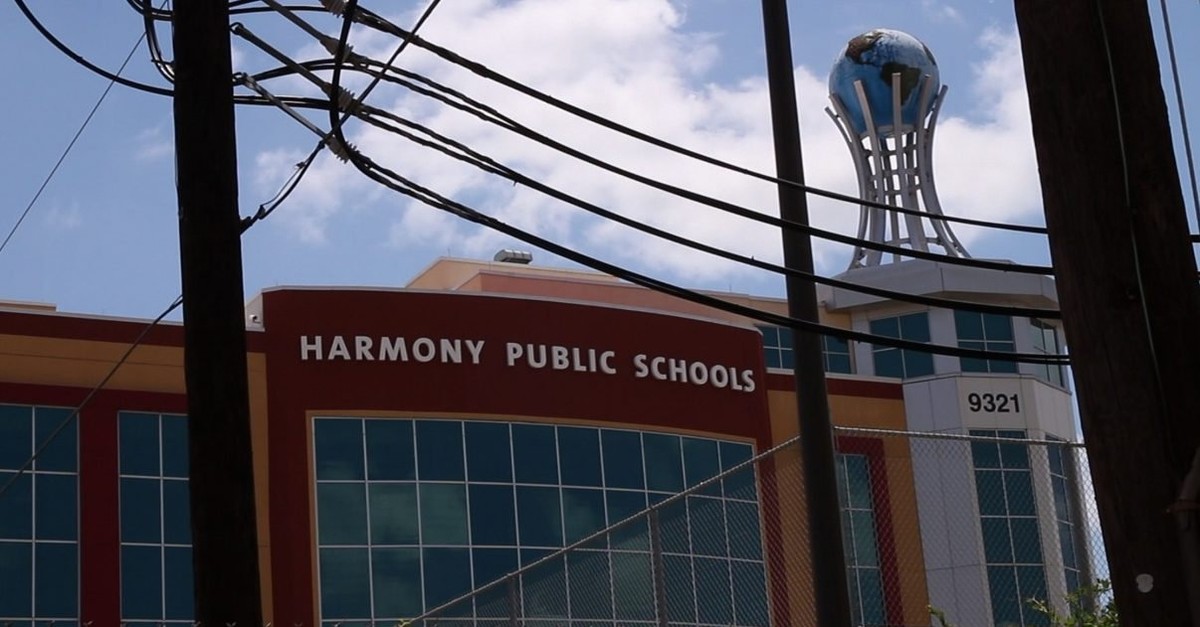 The Gu00fclenist Terror Groupu2019s (FETu00d6) charter school network in the U.S. is a primary source of financing for businessmen affiliated with the group, capitalizing on U.S. federal funds paid by American taxpayers.
by Daily Sabah Jul 15, 2019 12:07 am

Recently, FETÖ's efforts to open more charter schools in the second largest U.S. state, Texas, which would have transferred a large amount of taxpayers' money to the terror group, were hampered with the education board's rejection of its proposal; however, fugitive members of the group continue to reside in Texas where they keep setting up new businesses

The colossal school network run by the Gülenist Terror Group (FETÖ) around the world, from Central Asia to Africa and from Europe to America, is one of the primary businesses of the terror group. In African countries with more arbitrary legal structures or in Western ones with strictly institutionalized law, the education business has been a lucrative gateway to build an economic powerhouse for FETÖ and its profiteering businessmen. The economic value of the terror group, which has been nurtured with a transnational network of trading companies and businesses, was estimated to be around $25 billion in 2012.

Educational institutions were central to garnering political, economic and bureaucratic influence in African countries that had been struggling with arbitrary legal practices and corruption. By promising free education for the children of the political elite, high-ranking military officials and bureaucrats, FETÖ secured access to significant, high-level positions in the countries. Thereby, they looked to establish a network of high-profile individuals.

In the U.S. where the leader of FETÖ and the mastermind of the failed coup attempt of July 15, 2016, which took the lives of 251 Turkish citizens and wounded more than 2,200 people, Texas is the state harboring the largest number of FETÖ-linked chartered schools. In the Lone Star State, as it is known, the Harmony Public Schools group is the largest FETÖ charter network, currently operating 57 schools, while an additional six schools are run under the name of the School of Science and Technology (SST).

"Empire of Deceit: An Investigation of the Gülen Charter School Network," a report that was published by U.S.-based lawyer Robert Amsterdam's law firm, outlines that Gülen charter networks routinely use affiliated Gülenist vendors, whom they purposefully overpay to siphon public funds out of the schools and into the Gülen organization by way of apparent kickbacks from businesses. They also serve as H-1B visa sponsors and job creators for Gülenists.

In Texas, Atlas Construction and Trading Inc., owned by an infamous Gülenist, Yunus Doğan, is the preferred contractor for Harmony schools. According to the account in Amsterdam's book, Doğan's companies received $16 million between 2007 and 2012. While Atlas was granted $12 million, its subsidiary, Apple Catering, received approximately $2 million, and Atlas Food and Beverage received nearly $2.4 million. These catering firms provide services to Harmony schools.

Atlas also received construction contracts from the Dove Science Academy (Sky Foundation) in Oklahoma and the LISA Academy in Arkansas, both Gülen-affiliated charter networks in the greater Texas region. In 2012, the Texas Education Agency published an audit of Harmony's federal program spending, finding that Harmony misspent $186,000 in federal funds.

Doğan's Texas-based company Atlas Construction is also the contractor for the FETÖ-linked Raindrop Foundation, the Texas-based Gülenist cultural association affiliated with Harmony Public Schools. Yunus Doğan was spotted at an iftar (fast-breaking meal in the holy month of Ramadan) dinner event organized by the Raindrop Foundation almost 20 days prior to the July 15 coup attempt.

Meanwhile, a former executive of the FETÖ-linked foundation Raindrop was brought to Turkey on Nov. 16, 2018. Mehmet Salih Gözegir was deported from the U.S. on Nov. 15 after he was found guilty of the sexual abuse of children. 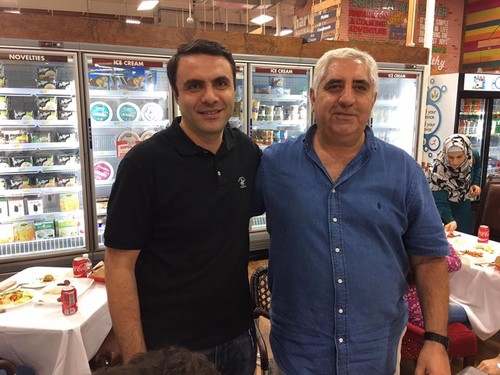 The idea of forming innovative educational institutions as an alternative to public schools was born in the 1970s and developed throughout the 1980s. The first charter school laws passed in Minnesota in 1991 and California in 1992. In the form of more autonomous public schools, charters schools are subsidized by the government and receive 64 percent of what their district counterparts get, averaging more than $7,000 per pupil.

These charter schools are used as a tool to siphon federal funds, namely the American taxpayers' money. Soner Tarım, the founder and former head of Harmony Public Schools, announced on Twitter in February that the Texas Education Agency had granted Harmony $1.75 million as part of the agency's 2019-20 Principal Preparation Grant. 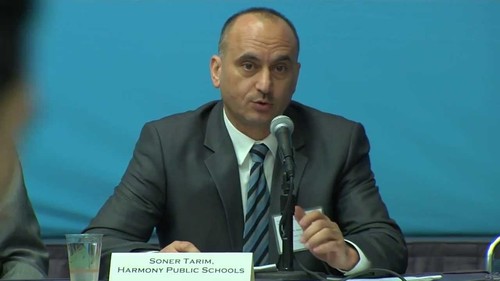 Tarım, the CEO of Unity School Services (USS) and founder of Harmony Schools in Texas, is a well-known member of FETÖ.

In mid-June, the Texas Education Agency denied Soner Tarım's application to open – by 8 to 5 – a new charter school operator to expand the network in the state.

Royal Public Schools were seeking to open new charter schools, which are publicly funded but privately operated, near Burnet Middle School in North Austin and in the Houston area by August 2020.

Tarım left Harmony Schools in November 2017, according to filmmaker Mark Hall, who has released a documentary on FETÖ charter schools in the U.S., and began working on creating the Royal Public Schools chain in the cities of Austin and Houston. The original proposal was for eight schools, which was then reduced to four, and they were ultimately rejected in June.

An Austin-based news portal reported that the bipartisan decision of the Texas Education Agency came after board members questioned Soner Tarım about his curriculum plans.

Tarım reportedly justified opening schools near Burnet Middle School because he claimed that six nearby schools failed according to data from Children At Risk, a Houston-based organization that grades campuses every year in a widely cited report. But under the state accountability system, none of the campuses failed last school year.

Tarım claimed that the board turned down his charter school because members fear he might create a charter network as large and successful as Harmony. Harmony had enrolled about 34,000 students across 56 campuses in 2018, including 4,000 in the Austin area.

Statesman reported that Austin district's chief business and operation officer Nicole Conley Johnson told committee members that the Austin school district would lose $85 million over a 10-year period due to the loss of students to Royal Public Schools.

According to the estimates, Tarım would have enrolled 3,000 students in the eight schools he was planning to open in the Texas area and the decline of the Texas Education Agency cost him several hundred thousand dollars.

"The district and our community can't continue to sit idly on the side, while our students and taxpayer funds are siphoned off by charters," Conley Johnson was quoted as saying.

Tarım's involvement with the Alabama charter school commission also received a backlash from the community.

His project Woodland Preparatory Schools received approval from Alabama Public School Charter Commission despite a conclusion by the National Association of Charter School Authorizers (NACSA) that it did not meet the standard for approval. Based in Chicago, the NACSA was recruited by the Alabama charter school commission in 2015 because of its expertise and experience in reviewing charter applications.

The group in its report pointed to deficiencies in the Woodland Preparatory School's educational program design, its operations capacity and its financing. Of particular concern to the panel was the school's contract with a private firm, Unity School Services, to operate the school.

"The application includes limited information about USS, its performance track record, or its capacity to support Woodland Prep," the organization wrote in its report.

The CEO of USS, Tarım, pledged 260 students for the new school in Alabama's Washington County. A publicly funded charger school operating outside of the control of the local school board would siphon students and tax money estimated at around $360,000.

Harold Crouch, the six-term mayor of Chatom, where Woodland Prep is to be situated, told The Washington Post in May that his deepest concern is that the charter campus will drain public resources from the two public schools in Chatom.

During his interview with the Texas Education Agency, which denied the approval of eight new schools in the state, Tarım was grilled over his Woodland Preparatory School project and asked why the NACSA disapproved of the project. He only pinned the blame on the NACSA and claimed that the association does not know how to grade applications. He went further in his claim and said that the Alabama Charter School Commission itself had not known how the grading process worked until Tarım himself stepped in and taught them. So basically, Tarım had prepared the application for Woodland project and even made a great contribution to its grading process.

Meanwhile, after the NACSA reviewed the applications for Woodland Prep and LEAD Academy, their contract with Alabama was not renewed.

Texas a harbor for FETÖ fugitives

The second largest state in the U.S. has been harboring an increasing number of FETÖ members, as the fugitives started businesses companies in various Texas cities.

Additionally, teachers who had been employed by FETÖ-affiliated schools in Pakistan and Bosnia-Herzegovina who defected to the U.S. after the schools were shut down after the coup attempt currently live as fugitives in Texas cities.