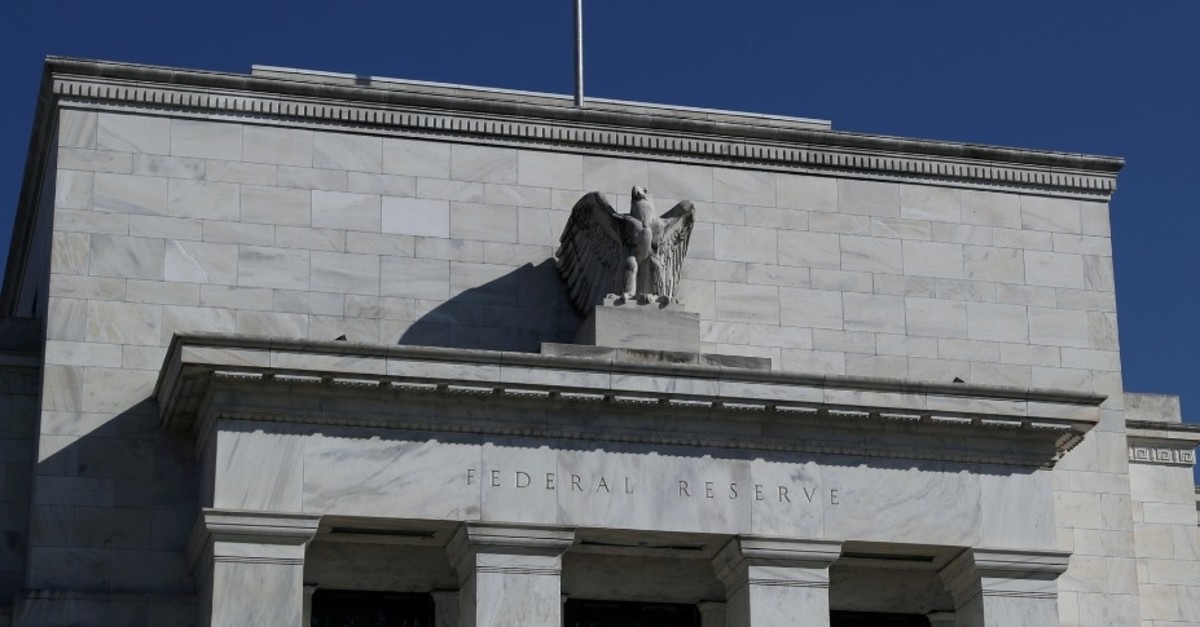 In the face of recent global downside risks, leading central banks have been forced to reform their stance and return to expansionary monetary policies, whose path will be closely followed by the markets

With the slowdown in economic activity and increased protectionism in the world, the central banks of developed countries have been forced to "break their stride" in normalization steps and step back in terms of their monetary policies, while the path to be followed in policy adjustments in the new period will be critical for markets.

The slowdown in economic activity in the global economy and the downside expectations for inflation stand out as the most important risks for central banks in countries pushing the re-formation of monetary policies.

Meanwhile, the most difficult developments experienced since the beginning of the year are the failure to make progress in trade negotiations between the U.S. and China and continuing geopolitical risks. From a global perspective, the loss of strength, particularly in the manufacturing industry, has reached a considerable level due to uncertainties regarding trade and tariffs.

Leading central banks have pointed to the risks in their decision-making texts on monetary policies, while the need for expansionist policies is being raised in the second half of the year.

On the other hand, the European Central Bank (ECB) and the U.S. Federal Reserve (Fed) signaled that the global economy needs more incentives and that necessary steps will be taken to this end. As of July, the central banks of developing countries have also cut interest rates, following in the footsteps of these major central banks. All this revealed that central banks, which have accelerated their steps toward normalization since last year, have returned to expansionary monetary policies in line with the global conjuncture. The critical point for markets will be the path to be followed in terms of speed and timing in expansionary monetary policies.

In a period when U.S. President Donald Trump's calls for interest rate cuts have increased, the Fed's guidance on data to take such a step has caused uncertainty in markets about the level of reduction. On the other hand, messages that would be conveyed in terms of speed and timing in the path to be followed in the coming period, rather than the level of the interest rate cut, are more critical for markets.

Indeed, markets could not get a clear signal on the interest rate cut path from the Fed's meeting yesterday, while Fed Chairman Jerome Powell's remarks caused confusion.

Powell said that the decision did not mean the beginning of a long-term interest rate cut cycle, but that interest rates could be lowered again and be raised again if the economy improved, which increased uncertainties regarding the bank's future policy.

Powell's statements, on the other hand, were considered poor in terms of communication, leading to an increase in recent criticisms of the Fed's verbal orientation policy. The last time the Fed cut interest rates to an all-time low of 0.25% was when it strove to eliminate the effects of the global crisis in December 2008 and did not hike interest rates until December 2015. Since then, the Fed entered a path of normalization in its monetary policy, increasing interest rates to the range of 2.25-2.50 in December 2018 gradually.

Having started the year with the expectation of three interest rate hikes, the Fed signaled an interest rate cut as of the second half of the year as a result of President Trump's trade policies, the slowdown in the global economy and the increase in geopolitical risks. The Fed, which made a decision in line with expectations yesterday, cut interest rates for the first time in nearly 11 years.

The ECB, which had been maintaining these rates for a long time, rolled up its sleeves once the desired level of recovery could not be achieved despite the incentives. ECB President Mario Draghi said the bank would review further incentives if inflation did not move towards the target in June. As a result, expectations for interest rate cuts and monetary expansion were increased.

While the ECB did not touch the current level of interest rates during last week's meeting, it signaled that searches in different areas were accelerated for additional relaxation. In this context, strengthening verbal orientation for interest rates, grading of interest paid to reserves and researching options on size and scope for new asset purchases emerged as new areas.

Meanwhile, the ECB said it expects its key interest rates to remain "at their present or lower levels" at least through the first half of 2020. Draghi also stressed that the outlook for the manufacturing sector around the world deteriorated, saying, "A significant degree of monetary stimulus continues to be necessary."

After the ECB and the Fed signaled interest rate cuts by pointing to risks in the global economy as of the second half of this year, emerging economies also started to cut interest rates.

The Central Bank of Russia cut the policy rate by 25 basis points to 7.25% last week. The bank also announced that a neutral monetary policy would be adopted in the first half of 2020.

Australia, Serbia, Ukraine, Paraguay and Azerbaijan were also among the countries that cut policy rates in July.

Orkun Gödek, responsible for investment strategies at Deniz Invest, told Anadolu Agency (AA) that the slowdown observed in the global economy since the second half of 2018 led to the revision of the monetary policy framework implemented by institutions such as the Fed, the ECB and the Central Bank of China, which steer world monetary policy.

"The Fed's attempt to balance President Trump's relaxation move on the financial side in 2018 with a 25-base-point monetary tightening and balance sheet operation four times, following 3% growth performance, has led to a revision of the policies in place in all of the developed and developing countries, to a more cautious stance, and to the prioritization of tight monetary policy," Gödek said, adding that in the outflow of funds from the assets of developing countries in search of safe havens in April-May and August-September 2018 and the subsequent U.S.-China trade uncertainty came to the fore as a negative supporter of the process. "Since the change in Fed Chair Powell's reference to the neutral interest rate level in November 2018, 2019 has been a re-acceleration of fund movements based on the idea that a more expansionary monetary policy could be adopted globally," he noted.

Gödek said that developing countries were trying to enter the second half as much as possible to evaluate the advantage of the conditions. "Adjustments in policy rates of key members such as India, Indonesia, South Korea, Chile, South Korea, Russia and Turkey may continue with Brazil soon," Gödek further stressed. "This period, when growth rather than inflation comes to the fore, opens up some more play ground for the monetary policies of the developing countries; however, there are some question marks regarding the problem that the risk perception change may create about the breadth of the maneuver," he continued. "In one way or another, the present conditions have afforded developing countries some breathing room, albeit briefly, and that is precisely what is being used right now."