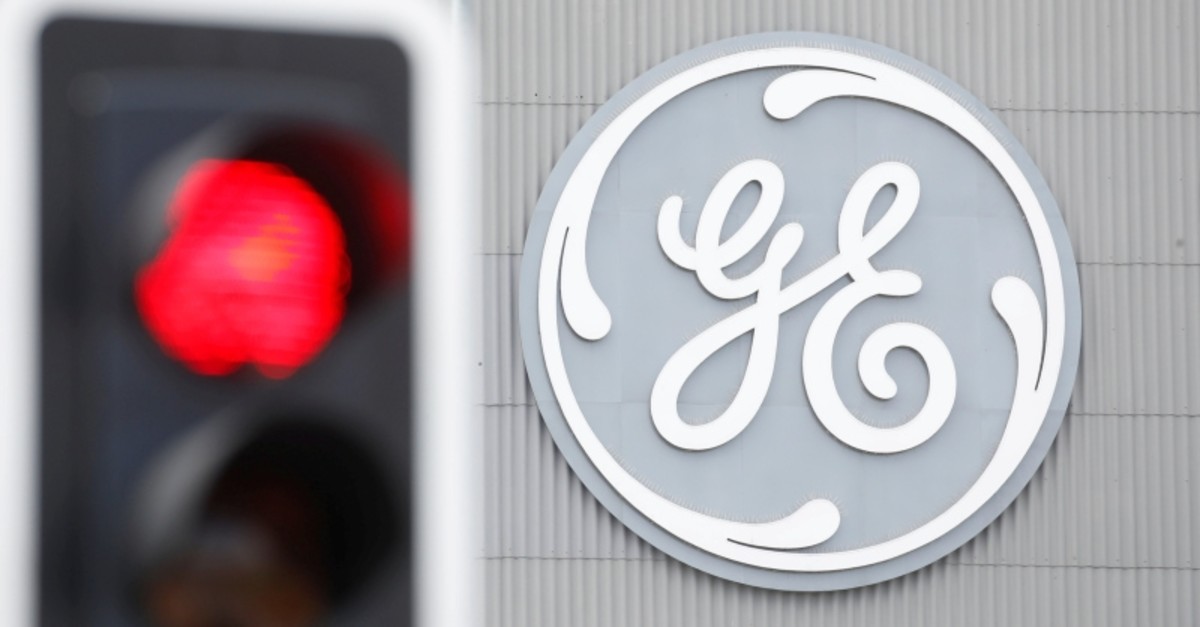 Short sales, or bets that a share price will fall, have risen 17% in GE stock over the past month to 110 million shares worth about $995 million before the report came out Thursday, said Matthew Unterman, a director at S3 Partners, a financial analytics firm in New York.

In the report http://www.gefraud.com, Markopolos accused GE of hiding $38 billion in potential losses and asserted that the company's cash and debt positions were far worse than it had disclosed.

"GE's true debt to equity ratio is 17:1, not 3:1, which will undermine its credit status," Markopolos said.

The report also says GE is insolvent and asserts that its industrial units have a working capital deficit of $20 billion.

"He is selectively front-running widely reported regulatory processes and rigorous investigations without the benefit of any access to GE's books and records," GE board member and audit committee chair Leslie Seidman said in a statement, referring to Markopolos.

While investors sent GE shares sharply lower, the report echoes the assertions of some of Wall Street's more skeptical analysts, who have long raised alarms about GE's low cash flow, frequent accounting charges and writedowns and what they describe as opaque financial reports.

Culp, the first outside leader of the company who took over in October, has made no secret of its woes.

The industrial businesses have seen a $2.2 billion cash outflow so far this year, and Culp said last month that GE may incur cash costs of $1.4 billion this year from the grounding of Boeing Co's 737 MAX jetliner. GE makes engines for the jet through a joint venture with Safran SA of France.

In a statement GE said: "We remain focused on running our business every day and ... will not be distracted by this type of meritless, misguided and self-serving speculation."

GE said it "stands behind its financials" and operates to the "highest-level of integrity" in its financial reporting.

It also said Markopolos was known to work for unnamed hedge funds that typically benefit from short-selling a company's stock.

BACKED BY A HEDGE FUND

A disclaimer in the report stated that it was drafted by Forensic Decisions PR LLC, which will get compensation from a third-party entity that could benefit from a decline in GE's share price. The report did not name the entity.

Speaking on CNBC on Thursday, Markopolos said he would receive a percentage of any profits generated by the report. He declined to provide details about the compensation or name the fund involved, which he said was "a mid-sized U.S. hedge fund."

In the past two years, GE has announced more than $40 billion in asset writedowns and accounting charges. The company also has said its accounting is being investigated by the U.S. Securities and Exchange Commission and the Department of Justice.

The report details GE's exposure to long-term care insurance, the subject of a federal class-action lawsuit awaiting a decision on GE's motion to dismiss.

It says GE's financial statements about its insurance business do not correspond to those of eight insurers that Markopolos says hold about 95% of GE's exposure.

Markopolos is best known for alerting regulators in the early 2000s to signs that money manager Madoff's investment firm was a Ponzi scheme, a deception in which unusually high returns for early investors are generated with money from later investors. Madoff was arrested in 2008 and later sentenced to 150 years in prison.

John Hempton, co-founder of the Sydney, Australia-based Bronte Capital hedge fund, wrote in a blog post https://brontecapital.blogspot.com/2019/08/the-flat-out-silly-markopolos-ge-report.html Thursday that GE's 14.7% average profit margin in recent years was in line with the returns of its industrial peers, not "too good to be true" as Markopolos alleges.

"GE remains the unequivocal leader" in medical imaging and jet engines and its currently depressed profit margin will likely rebound, he wrote, adding, "Harry's report is silly. The market should ignore it."

Worried investors jangled phones on Wall Street Thursday. Nick Heymann, an analyst at William Baird & Co, said questions focused on $18.5 billion of the $38 billion in charges that Markopolos says GE is concealing. Markopolos said GE will need to set aside that money to cover its long-term care policies in addition to the $15 billion it already begun to set aside.

Heymann said the remainder of the $38 billion was already largely known: charges related to an accounting rule change coming in 2021 and potential losses on GE's 50.4% stake in subsidiary Baker Hughes, which it plans to sell.

But he said if the figure was accurate, Culp would not have recently raised GE's 2019 financial targets.