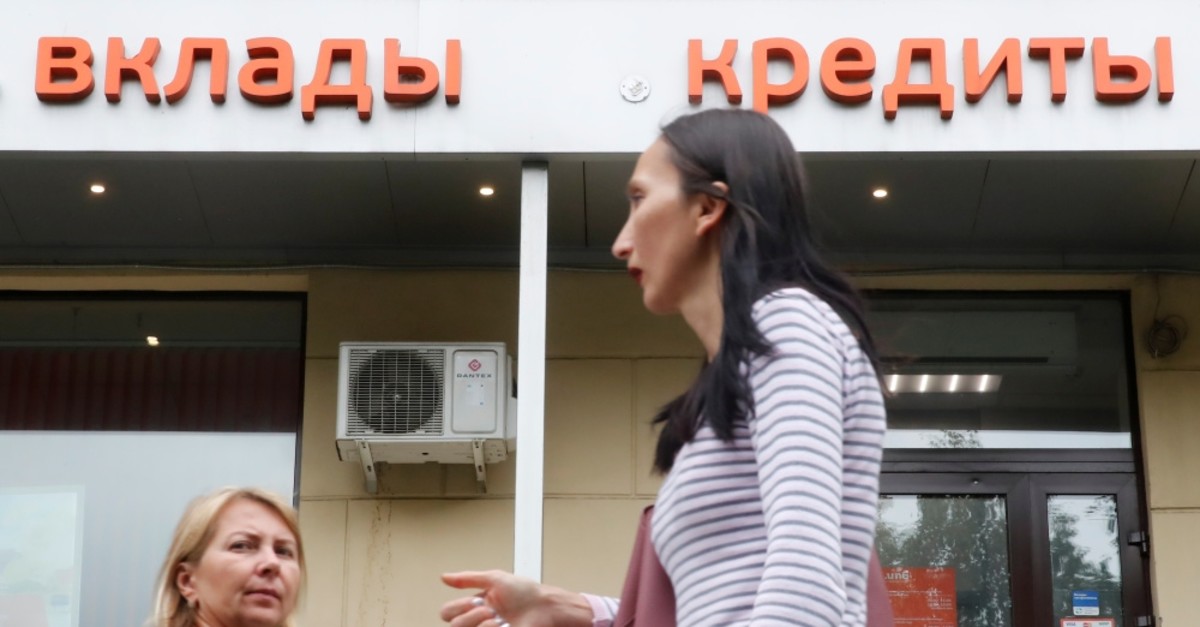 After five years of shrinking real incomes, many Russians are borrowing to make ends meet. Yet, they cannot escape high interest rates in an economy where consumer loans grow by over 20% a year

Leontyeva, a Siberian sales manager, bought a second hand car in 2013 with a loan worth about four monthly salaries. She now owes the equivalent of at least four years of earnings, one of a growing number of Russians struggling with debt.

"You pay one month's instalment, then the second. But then something happens again and it all piles up," she said by phone from the city of Novosibirsk in Siberia where she works at a steelworks.

After five years of shrinking real incomes, many Russians are borrowing to make ends meet or even just to pay off their creditors - and the issue is climbing up the political agenda.

"A third of those people taking loans already owe more than their annual income," Maxim Oreshkin, Russia's economy minister, told Reuters. "This is an issue of financial education, a debt trap, in some cases worse than gambling."

For Russia as a whole, the burden of total household debt is relatively low, partly because only 5.5 million of its 147 million people have mortgages.

But interest rates on personal loans are high and more than half of Russians surveyed by state pollster VTsIOM said they had debts. For a significant number, they are a major concern.

Some 2.5 million people earning up to 20,000 roubles ($303.09) a month, which is less than half the average wage, spend more than half of that on loan repayments, the National Association of Professional Collection Agencies estimates.

On Wednesday, President Vladimir Putin discussed consumer debt with Andrey Kostin, head of second-biggest state-run bank VTB, telling him in televised comments, "people should not be pushed to some kind of extreme state".

Kostin told Putin he understood the problem and that banks should wear a "human face" when dealing with its clients.

Their exchange highlighted the sensitivity of the problem for Putin, whose popularity ratings have slipped since he was reelected by an overwhelming majority last year. Moscow is in the grip of protests over the exclusion of opposition candidates from a local election and sporadic protests over issues ranging from waste disposal to unwanted construction have flared elsewhere.

The central bank has tightened lending rules in recent years, and raised the amount of money banks need to set aside to cover loan losses.

This has moderated the potential fallout for the financial system but Oreshkin said borrowers are still exposed.

"In consumer lending, there is high indebtedness and ... it is growing at a rate far higher than the nominal increases in incomes," he said.

Outstanding loans were 16.3 trillion roubles ($248 billion) as of early July, up from 10.6 trillion five years ago, according to central bank data.

And while the rate of consumer lending increase has dropped from a 60% year-on-year peak in 2012, it was still over 20% last year despite the central bank's attempts to rein it in.

Consumer lending growth rate has currently stabilized at 24-25% in annual terms, the central bank said in a response to a request to comment from Reuters.

"A fast increase in... outstanding consumer debt is leading to a rising debt burden for households," it said. "This increases vulnerability of the financial system but the size of this lending segment does not pose... a threat, either for the banking sector's stability, or for the economy."

Olga Ulyanova, an analyst with Moody's rating agency in Moscow, praised the central bank's measures but said more actions might be needed including a possible ban on lending to highly indebted borrowers.

"The central bank's measures are timely and preemptive," she said. "But it will have to continue the policy of tightening as the current measures are not sufficient to normalize the segment's growth rate."

The central bank said in its response that it will raise risk requirements again for consumer loans in October, under which banks will have to evaluate a borrower's existing debt before issuing a new loan.

Oreshkin has also said there was no risk for the financial system's stability as banks have enough provisions while adding, in comments to Russian media last month, that there was a bubble in consumer lending when it came to certain households.

The economy ministry is working on proposals to simplify the process of individuals declaring themselves bankrupt and on changing the criteria for people to claim insolvency based on income left over after loan repayments, he told Reuters.

"POINT OF NO RETURN"

Russia's household debt to gross domestic product ratio is 14%, compared with around 30% in Czech Republic and Poland and 75% in Sweden, Moody's said.

Non-performing loans, or outstanding debt by individuals that is not being serviced for more than 90 days, stood at 797 billion roubles, or 5% of the total retail loans held by banks, as of July 1, according to the central bank. These loans are provisioned by over 90%, it said.

But almost one in five new loans are being spent on servicing existing debt and more than 30% of consumer loans issued in January-March 2019 went to people already spending more than half their income on debt servicing, Moody's said, citing central bank data.

This means the lending is not fully filtering into growth in the economy, which is projected to grow at 1-1.5% this year versus 2.3% last year, under pressure from drop in oil prices and sanctions since 2014 over Russia's annexation of Crimea.

One high-ranking government financial official who asked not to be named due to the sensitivity of the issue said that when it came to those already spending large sums in debt servicing, "the point of no return has been passed already".

"The most dreadful thing is not that banks or the central bank do not realize there is an issue, but that people with salaries of 30-40,000 roubles have to spend 20,000 on servicing their debt," the official said.

Consumer lending accounts for over a tenth of total loans at Russia's top banks, state-owned Sberbank and VTB , while for private TCS Group consumer lending forms its core business.

Mikhail Matovnikov, chief analyst with Sberbank, said that consumer lending growth is already slowing down and does not pose systemic risks.

VTB said that consumer loans are one of the most profitable businesses for the bank. But it said that VTB has a high quality consumer loan portfolio so there is no rise in non-performing loans in this area.

"Our bank has had risk processes for a long time already which do not allow loans to highly-indebted borrowers," VTB said in a written reply to Reuters. TCS did not reply to a request for a comment.