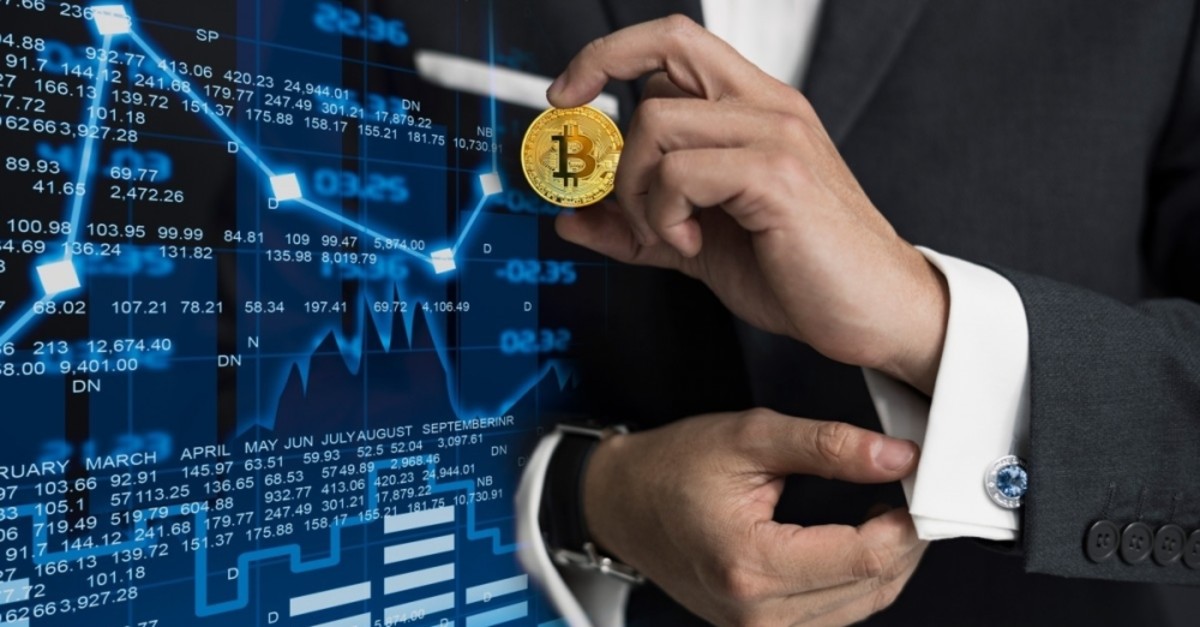 Statista's Global Consumer Survey revealed that Latin America was the region where cryptocurrencies have been traded most so far in 2019.
by Daily Sabah with DHA Aug 22, 2019 12:20 am

A recent survey reveals that Turkey has the highest cryptocurrency adoption rate, yet the lack of any legislative framework across the world heightens risks of trading and provides no hedging mechanism

The increasing popularity of cryptocurrencies worldwide has not bypassed Turkey. Investors, whether individual or corporate, that want to make money in a short period of time, rush to various cryptocurrencies available in the market. A recent survey by German data company Statista demonstrates that one in five Turks said they had used or currently owned cryptocurrency in the 2019 online poll conducted with 1,000 participants in selected countries. However, experts warn against the huge fluctuations in the cryptocurrency market.

Since trading of cryptocurrencies lacks comprehensive legislation, the portfolios of traders are controlled by the blockchain stock market and hedging investments is difficult. "Any statement coming from any country could either crash investments or skyrocket them," Kurtuluş said. The chairman of the Blockchain Association of Eurasia pointed out that studies to compose a legal framework for cryptocurrencies continue around the world. "Turkey also needs to closely follow the trend for legal regulations on blockchain investments and focus on the tax-related legislation," Kurtuluş said, adding, "It is difficult to immediately introduce full-fledged legislation in a very short period of time, yet Turkey can closely monitor the ongoing process around the world, understanding whole parameters of the system."

Erkan Öz, an economics journalist, emphasized that 200 bitcoins could be purchased in 2010 with an investment of $10, corresponding to only TL 15 with the exchange rate of that day, while by 2019 the value of 200 bitcoins increased to over TL 11 million. "As you approach bitcoin, you need to know that it is an investment instrument that promises high returns but also involves high risk," he noted. "Bitcoin is an investment tool with volatile price movements, as well as extreme increases and decreases. In nine years, bitcoin prices increased by ten-fold and sometimes 100-fold four to five times in very short periods, later followed by 80-90% declines. You must have the nerve structure and knowledge not to sell when the investment of TL 15 rises and keep it in your hand when it falls in these nine years. Few people could do it."

Öz said that the dollar exchange rate, which was around TL 5.30 at the beginning of this year, now maintains a level around TL 5.70, underlining the dollar increased by about 7.5% since the beginning of the year. Pointing to bitcoin, which fell to $3,500 in January, Öz said the biggest cryptocurrency is now over $10,000, increasing approximately 300% in value. He added that from the beginning of the year, bitcoin appreciated more than the dollar and even more than all the classic investment tools. Öz said that those who want to invest in bitcoin should know price cycles and fluctuations well. "Bitcoin is the largest of cryptocurrencies. If you look at the others, they all have extreme volatility. You need to be able to follow these prices well," he said. "If you are thinking of investing in cryptocurrency, you should study what cryptocurrency is. The investment environment needs to be thoroughly investigated. If the place for investment is the stock market, you should know the history, structure, and owners. These price cycles should also be thoroughly examined."

Statista's Global Consumer Survey reveals that Latin America was the region where cryptocurrencies are traded most. Brazil, Colombia, Argentina, Mexico and Chile all scored in double digits when it comes to the adoption of cryptocurrency. "Spain was the country with one of the highest adoption rates in Europe," the company said. According to the survey, Eastern European countries and some Asian countries, as well as South Africa, also scored higher than Western European and English-speaking nations, where cryptocurrency adoption was still very low. Japan, finally, was the country in the survey where the fewest people had ever dealt in cryptocurrency. Only 3% said they had experience with cryptocurrency products.