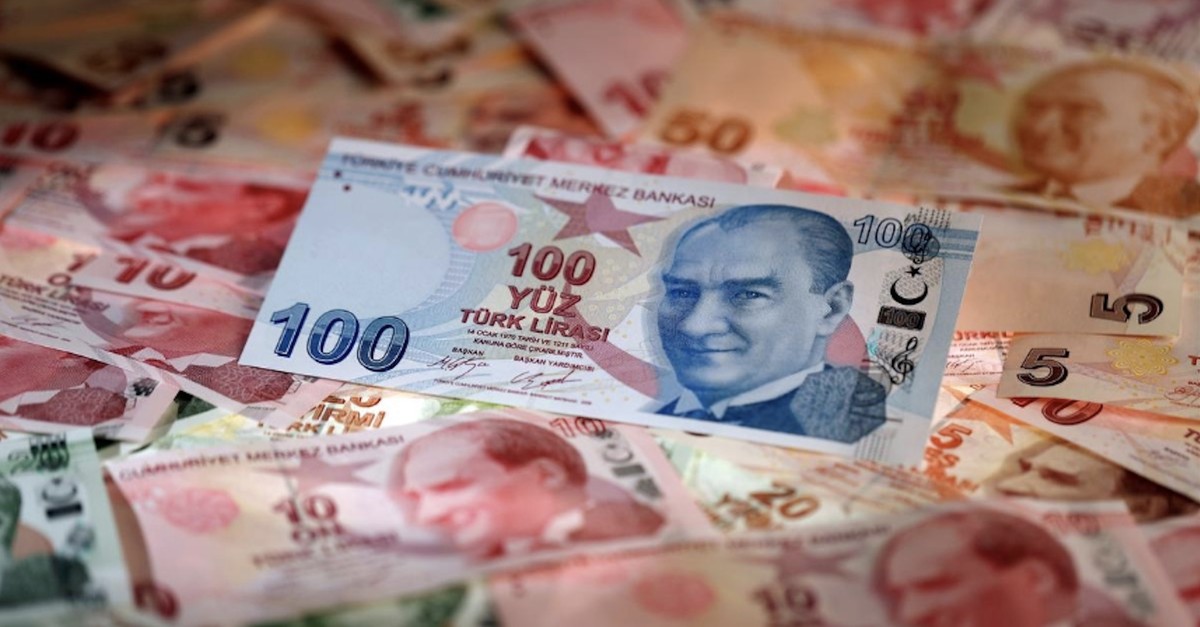 Any negative reaction by the markets to the latest military operation into northeastern Syria is expected to be limited since Ankara has been sharing its plans with allies and partners, preparing markets for the action

Turkey's Operation Peace Spring, which was launched on Oct. 9 to drive out terrorists from northeastern Syria, is not expected to have any negative impact on Turkish lira-dominated assets, according to experts.

About the limited market impacts of the previous military operations by the Turkish army into northeastern Syria – Operations Euphrates Shield and Olive Branch – the analysts underscored that the Turkish assets have not been exposed to high volatility after the announcement of Operation Peace Spring. They predicted that the volatility would be limited since Turkey for the last couple of years has engaged in diplomatic efforts for a military operation east of the Euphrates. In other words, it did not come as a shock to the markets.

Anadolu Agency (AA) Finance Analyst and Strategist Cüneyt Paksoy emphasized that Operation Peace Spring had been on the cards for a long time and the Turkish officials have on numerous occasions expressed their plan for another military operation east of the Euphrates. During the operation, he added, the markets will be monitoring a couple of topics, including the path Turkey-U.S. relations will take shortly.

"The possibility of sanctions on Turkey, a cause supported by the American opposition or Pentagon which does not have warm relations with U.S. President Donald Trump is an important issue to watch," Paksoy said.

He further noted that the communication process with Russia, Iran and Iraq are another element that the markets will be focusing on. Additionally, Turkey's dialogue with the EU, Israel and particularly with the North Atlantic Treaty Organization is another topic for the markets, he added.

The duration of the operation, its results and its impact on the Turkish economy will be significant variant for the market.

The maintenance of macroeconomic stability and economic balancing period implemented with the New Economic Policy (NEP), the first of which was announced in September 2018, as well as the price and financial stability are among the other vital aspects to mitigate any exposure to volatility during the operation period. Moreover, the continuity of economic and financial reforms, as well as the incentive programs, will help thwart any unwarranted impact of the operation on the markets.

Speaking on the Turkish lira's value against the U.S. dollar, Paksoy explained that the initial pricing indicated levels above 5.85. The exchange rate could change from 5.90 to 6.15, he added.

As long as no sanctions are triggered on Turkey and Ankara maintains a transparent communication process with the U.S. and other allies during the operation, the currency volatility will remain limited.

In case the inflationary targets are achieved and the bond yields do not rise over 1% to 17%, the benchmark interest rate in the market could fall as low as 14%.

Regarding the stock market, Paksoy stressed that the improvement in the exchange rates and the movements in the global stock market could drive up the Borsa Istanbul's benchmark index BIST 100 over 100,000 points. "The rise in the BIST 100 is likely to become permanent," he added.

Deniz Yatırım Strategist Orkun Gödek said that there is no change in their views shared for a while, taking into account the two previous military operations in northern Syria.

Gödek pointed out that they do not expect the operation to cause permanent-long-term erosion in the pricing of local assets. "We believe that the loss of heat in the news flow and the expectations of the U.S. President Donald Trump-President Recep Tayyip Erdoğan meeting to be held in Washington on Nov. 13 will help to stabilize spot market prices over time," Gödek said, underlining that in dollar/TL transactions, the suppression of TL above the level of 5.8550 may technically continue until 5.95-6.00 band.

He further stressed that they do not foresee higher levels unless there is additional negative news flow. "Meanwhile, as long as 97,500 support is maintained in Borsa Istanbul BIST 100 index, we will not expect a shift from the uptrend potential," he added.

Medley Global Advisors Director Nigel Rendell said the downside risks in the Turkish lira and Turkey's financial markets increased with the start of the operation.

U.S. President Donald Trump's statements on the operation made investors uneasy about the financial markets in Turkey, Rendell said, adding the foreign interest in Turkish assets may be diminished until the situation regarding the operation becomes clearer.

Piotr Matys, Rabobank Emerging Markets Exchange Strategist, touched on the statements from Washington, noting that Trump did not fully oppose the operation from a unilateral perspective, but that the names close to him in Washington made statements criticizing the operation.

Matys added that any sanction decision that could be taken at the U.S. Congress could affect the Turkish lira.