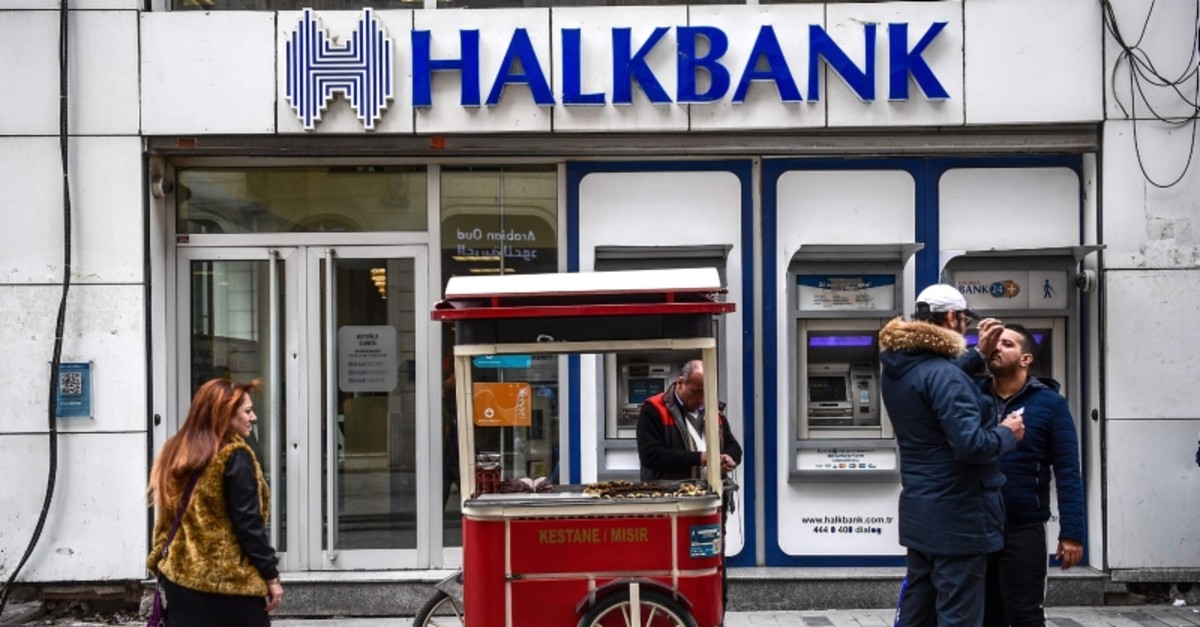 Halkbank was criminally charged with participating in a multibillion-dollar scheme to evade U.S. sanctions against Iran in an indictment Tuesday, while the Turkish bank denied any wrong-doing.

The charges against Halkbank, a state-owned bank, were announced years after Turkish-Iranian businessman, Reza Zarrab, was arrested in Florida before pleading guilty and testifying against a co-defendant.

According to the indictment, Halkbank illegally moved about $20 billion worth of otherwise restricted Iranian funds. It said the bank let Iranian oil and gas money be used to buy gold that was not exported to Iran and let transactions fraudulently designed to appear to be purchases of food and medicine by Iranian customers proceed, qualifying those funds for a "humanitarian exception" allowed under the sanctions.

Assistant Attorney General for National Security John C. Demers called the crimes one of the most serious Iran sanctions violations his office has seen.

President Recep Tayyip Erdoğan on Wednesday described the U.S. indictment against Halkbank as "unlawful" and "ugly."

"This is just another sign of how emotional these issues have become. One would think that this business was over. Now they have taken an unlawful, ugly step by reopening this (case)," Erdoğan told reporters in parliament.

"We will see what decisions they take. We will finalize our own measures based on these," he added.

Meanwhile, Halkbank said the case was introduced to punish Turkey for its anti-terror operation in northern Syria.

The charges "were filed as part of the sanctions introduced against our country by the U.S. government in response to Operation Peace Spring, heroically launched by the Turkish Army to secure our borders and establish peace in the region," Halkbank said in a statement.

The indictment of the bank comes in a case that has resulted in charges against nine individuals, including bank employees, the former Turkish Minister of the Economy and other scheme participants. Seven of those individuals remain fugitives.

In July, Zarrab's co-defendant, former Halkbank executive Mehmet Hakan Atilla, was released from U.S. prison after a New York jury found Atilla guilty in January on five counts related to conspiracy and bank fraud through the testimony of Zarrab. He received the punishment of 32 months in prison.