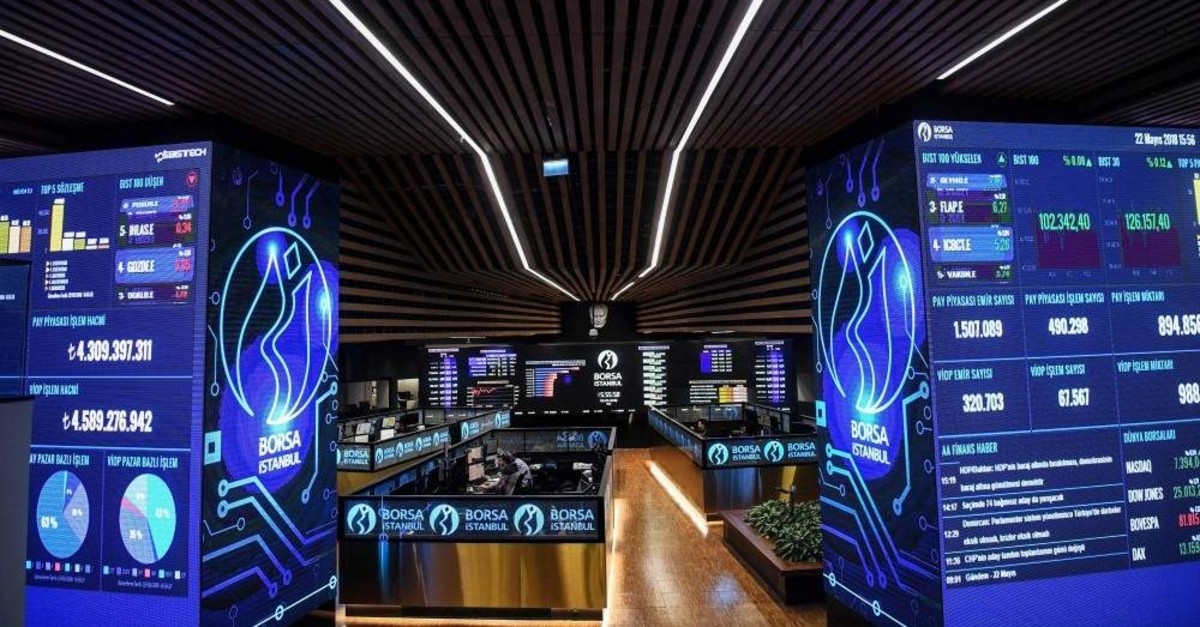 | AFP Photo
by daily sabah
Oct 31, 2019 10:32 am
Turkey’s sovereign wealth fund plans to purchase the European Bank for Reconstruction and Development’s (EBRD) stake in the Istanbul stock exchange.
If the deal goes through, the government-owned Turkey Wealth Fund (TVF) will raise its stake in the country’s benchmark stock exchange to over 90%, TVF General Manager Zafer Sönmez said Thursday.
“We aim to make the Borsa Istanbul a regional leader within the scope of our Istanbul Finance Center project,” Sönmez said.
He also added that the TVF will prepare the Borsa Istanbul for an initial public offering (IPO) in two years.
TVF’s announcement comes amid reports suggesting the EBRD is planning to sell its stake in the Istanbul exchange after Hakan Atilla, a former Turkish banker accused by the U.S. of violating sanctions against Iran, was appointed as head of the Borsa Istanbul. Under an agreement that was last amended in November 2018, the EBRD can sell its bourse stake at the purchase price pending an IPO.
Last year the exchange, which has 378 listed companies, was the 15th largest in Europe, the Middle East and Africa.
Last Update: Dec 20, 2019 1:20 am