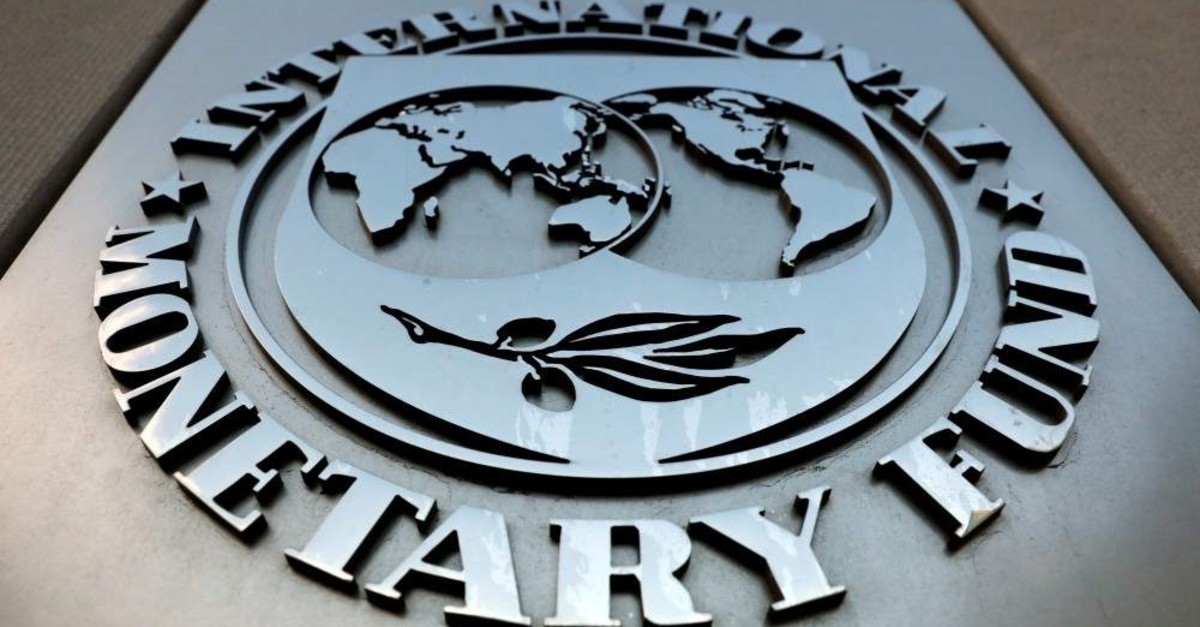 Over the years, the IMF moved away from its aim of fostering global trade and investment to intervening in foreign debts, growth, and the stability problems of less-developed countries

While standing at the forefront of global economic crisis management, the International Monetary Fund (IMF) is a frequent target of criticism for its attempts to foster financial stability.

The IMF's issues started at its birth, in July 1944 in Bretton Woods, New Hampshire, in the U.S., when industrial economies were in charge of shaping the postwar international monetary system and economic development was not their primary concern.

The "Bretton Woods baby," as it has been called, was established to develop international competition and boost trade following World War II, and was seen as the central bank for a new era of international trade.

The IMF's founding fathers focused on the enlargement of trade and investment, believing this would be the best way to foster economic prosperity for all countries, including developing ones.

The lifting of extensive restrictions on trade and payments, enabling convertibility among currencies and retaining stability in exchange rates were considered milestones in this trade expansion.

Over time, developed countries, especially the U.S., did not want to give the right of seigniorage (profit from currency, in short) to an international organization, leading the IMF to become a body that changed its aim from fostering global trade to intervening in foreign debts, growth and stability problems in less-developed countries.

The IMF has since been considered an instrument of the hegemony of money.

For many, the institution's main function was seen as boosting developing countries' dependence on American policies that guarantee the free movement of capital and profits worldwide.

"The structural reforms proposed by the IMF to developing countries during crisis periods in the less-developed world further deepened catastrophes," said Erinç Yeldan, the head of the Economics Faculty at Ankara's Bilkent University.

He said the IMF's comprehensive structural conditions – especially for countries facing a liquidity crisis – led international investors to make false and exaggerated assessments of the depth of the crisis.

Many also argue that its approach in tackling economic problems in developing countries was based heavily on the implementation of best-practice models that failed to take into account the complications of other settings.

As Dani Rodrik, a distinguished Turkish-born economist at Harvard University, once said, "Developing nations are different from advanced ones in that they face both greater challenges and more constraints."

The IMF's role has also been criticized on several other fronts, with Yeldan, in particular, citing the 1997 Asian economic crisis, saying the Fund's financial intervention then was misguided and one-sided.

He said the IMF had ignored the structural differences among countries by giving the same prescriptions to every failing country that knocked on its door.

BLUEPRINTS FOR LATIN AMERICA AND ASIA

In the 1980s, Latin American countries reached a point where their foreign debt exceeded their earning power and inflation was quite high.

The IMF's medicine for these problems was the implementation of fiscal austerity and tighter monetary policies, a precondition for its financial support. Yet in 1997, when the IMF called for the same demands for Thailand, this was considered a mistake.

Although the Far East did not suffer from the same economic woes, its countries were offered the same cure by the IMF.

"The problem was not the imprudent government, as in Latin America; the problem was an imprudent private sector – all those bankers and borrowers, for instance, who'd gambled on the real estate bubble," Stiglitz once said.

After these painful experiences, some questions were raised about the body's reform packages, like does the "conditional" nature of IMF programs reduce the flexibility of leaders and sabotage democratic accountability? Do democratic leaders "scapegoat" the IMF to legislate policies that might be politically unattainable otherwise? Or are they truly powerless to battle against IMF-imposed policies?

It seems academics are still looking for answers to these questions and trying to figure out what affects a country's bargaining leverage vis-a-vis the IMF.

According to Stiglitz, the IMF likes to go about its business without outsiders asking too many questions. "In theory, the Fund supports democratic institutions in the nations it assists. In practice, it undermines the democratic process by imposing policies," he said in an interview back in 2000.

Paul Krugman, another Nobel Laureate economist, laid out the point of view many countries have toward the IMF:

"No one loves the IMF. If someone loved it, that would be a bad sign. Since the IMF is the final decision-making authority, governments only go to this institution when they get into trouble, and the last thing you expect from the last resort institution is mercy."

COULD IMF BE MORE PRAGMATIC?

In the aftermath of the 2007-2008 global financial crises, the role of government in the economy grew, with the implementation of Keynesian policies such as government spending on infrastructure, unemployment benefits and education.

In 2010, the world's controversial financial firefighter regained prominence with the emergence of the European sovereign debt crisis.

Until that time, much of the IMF's money was sent to developing countries like Argentina, Brazil and Indonesia.

Yet the European debt crisis for the first time required major bailouts in advanced eurozone economies, including Greece, Iceland, Ireland and Portugal.

"The European turmoil made it obvious that the IMF's attitude toward Europe's developed countries was not as hard as it was on less-developed ones," said Yeldan.

He voiced another common criticism of the IMF, saying that these advanced economies also enjoyed IMF financial support from time to time yet without the Fund's structural straitjackets.

Unable to remain indifferent to these criticisms, the IMF has recently made a series of reforms to lending conditions to low-income countries, focusing on country-specific tailoring and an "emphasis on poverty alleviation."

Also, the IMF's latest review of conditionality finished in 2018, aimed to improve transparency and assess IMF programs in a more timely manner.

According to Yeldan, under the leadership of Bulgaria's Kristalina Georgieva, the IMF's new five-year term president as of Oct. 1, from an emerging market, the Fund is expected to be more pragmatic, taking into account the different fundamentals of countries and functioning as an advisory board.

Despite the IMF's efforts to boost its credibility, some countries prefer knocking on the doors of other countries or writing their own prescriptions instead of asking the Fund for help.

Pakistan for example, in 2018 looked for Chinese and Saudi loans before going to the IMF.

Turkey can also be cited as a good example since it shows why developing countries' real-world reformers sometimes try to steer clear of IMF reform packages.

Despite being the Fund's most dedicated client over the past few decades under IMF-assisted programs, Turkey saw three notable financial crises along the way, in 1994, 2000 and 2001.

Some academics and politicians in the country considered IMF bailouts a crisis-ridden path and have been skeptical of IMF structural reform packages.

In 2009, when the global financial crisis broke out, for instance, Turkey declared that it could weather the storm without IMF help and "move forward without a crutch."

And indeed it did; the country got over the crisis without looking for IMF support, and in 2013 moved to clear its remaining $864 million debt with the Fund.

Since then the government has made it repeatedly clear that the days of it going to the IMF with cap in hand were gone for good.